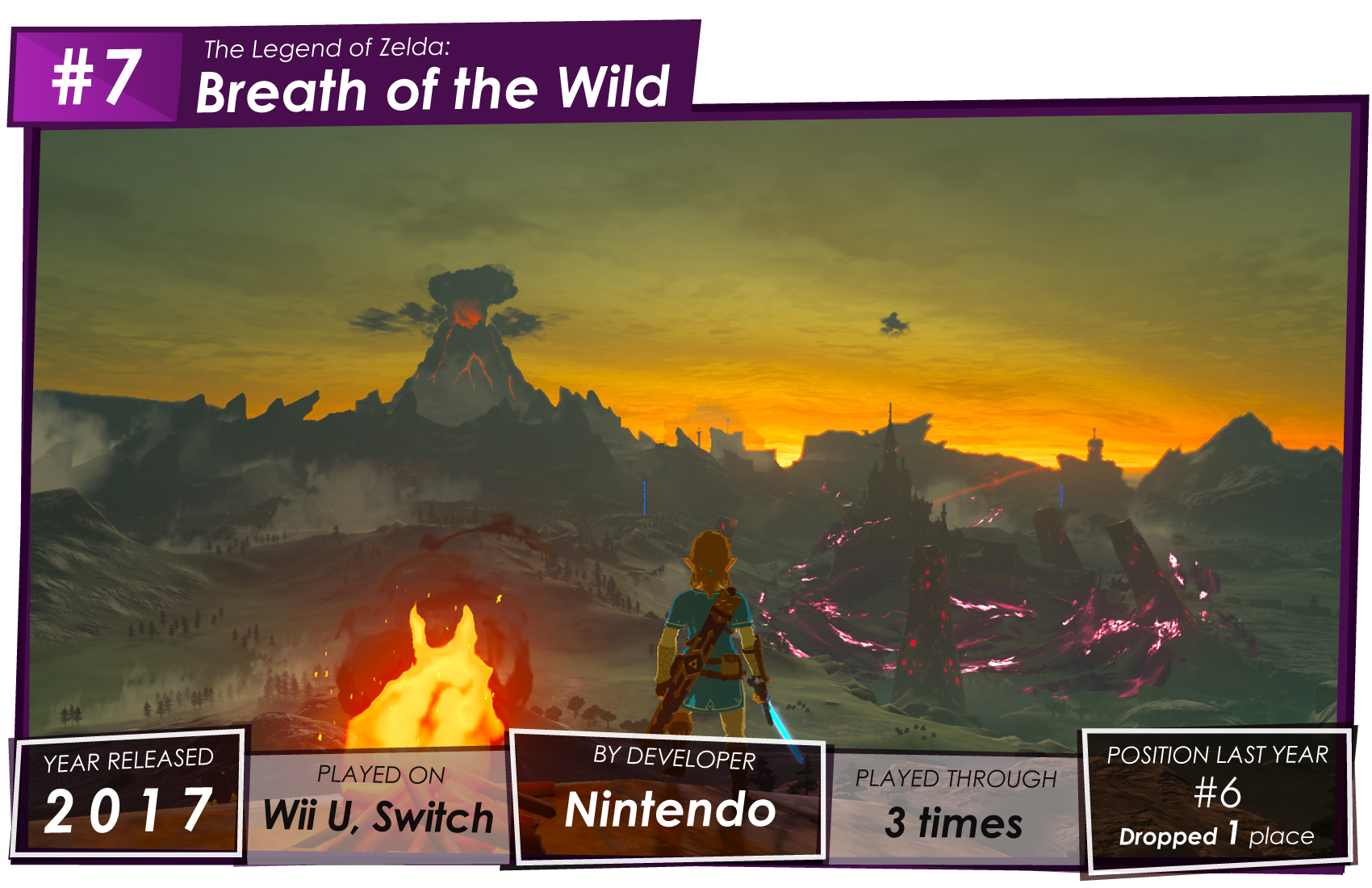 You know, I haven't played lots of open-world games. I've been away from AAA gaming over the past decade, and barely touched any of these mainstream games, so I don't really understand where the genre's gone to. Then, this month, I bought a AAA open world game, a certain Cyberpunk 2077, and while it was an experience I wholly enjoyed, it made me really understand just what Breath of the Wild meant to this genre - and how depressing it is that other developers are still, three years later, ignoring the lessons this game taught them.

The first time I opened the map in Cyberpunk 2077, I was met with a ridiculously detailed view of the city, so detailed it was hard to understand, and the whole screen was loaded with icons everywhere, showing me all the places of interest I'd find in the game. The first time I opened the map in Breath of the Wild, all there was to see was an icon signifying where I was, an icon showing my current objective, and a whole lot of nothing. I was visible in the map as this tiny icon in the middle of an enormous unknown, just trying to find my way around.

It's a very stark contrast.

Sure, eventually you do get to the towers which show you what the map looks like, but even then the game never gives you icons or waypoints telling you where to find interesting things - the icons that eventually start to pop up in the map only signify places you've been to. What this means, is that instead of opening the map to follow the pre-determined objectives in order to finish them, you're actively avoiding the markers and instead focusing on the places you know nothing about. You're not deleting icons from the map, you're creating them. It kinda sounds like a small thing, but it really isn't - this is one of the key ways through which Breath of the Wild amplifies its sense of adventure and discovery, whereas other games of this kind usually end up feeling like you're going through a checklist.

When you're met with a loading screen in Breath of the Wild, it shows you how many shrines you've completed and how many korok seeds you've acquired. There are a whopping 120 shrines and 900 korok seeds to collect in the game, which can be really daunting, but... the game knows that, and thus it keeps that information from you. It doesn't want you to know, because it wants you to focus on how many things you've done rather than how many things there are left to do - otherwise, if you completed the first shrine and read "1/120" on the loading screen, you'd immediately feel overwhelmed, like you're expected to now go and do all 120. That's why Breath of the Wild is so great. It doesn't expect you to do anything. It's not trying to get you interested in the game by forcing its content down your throat - instead, it's confident that players will be naturally interested in what it has to offer.

For a genre called "open-world", I find it funny how most of its games have no sense of discovery in them. Like, at all. Getting this aspect right is crucial for a game like this to feel exciting and interesting, and Breath of the Wild knocks it out of the park in this regard. The game also has lots of other qualities to it, and some flaws too, but at its core it's all about allowing the player to do whatever they want to do, without adding any unnecessary distractions, and this is why it's the best open-world game out there.