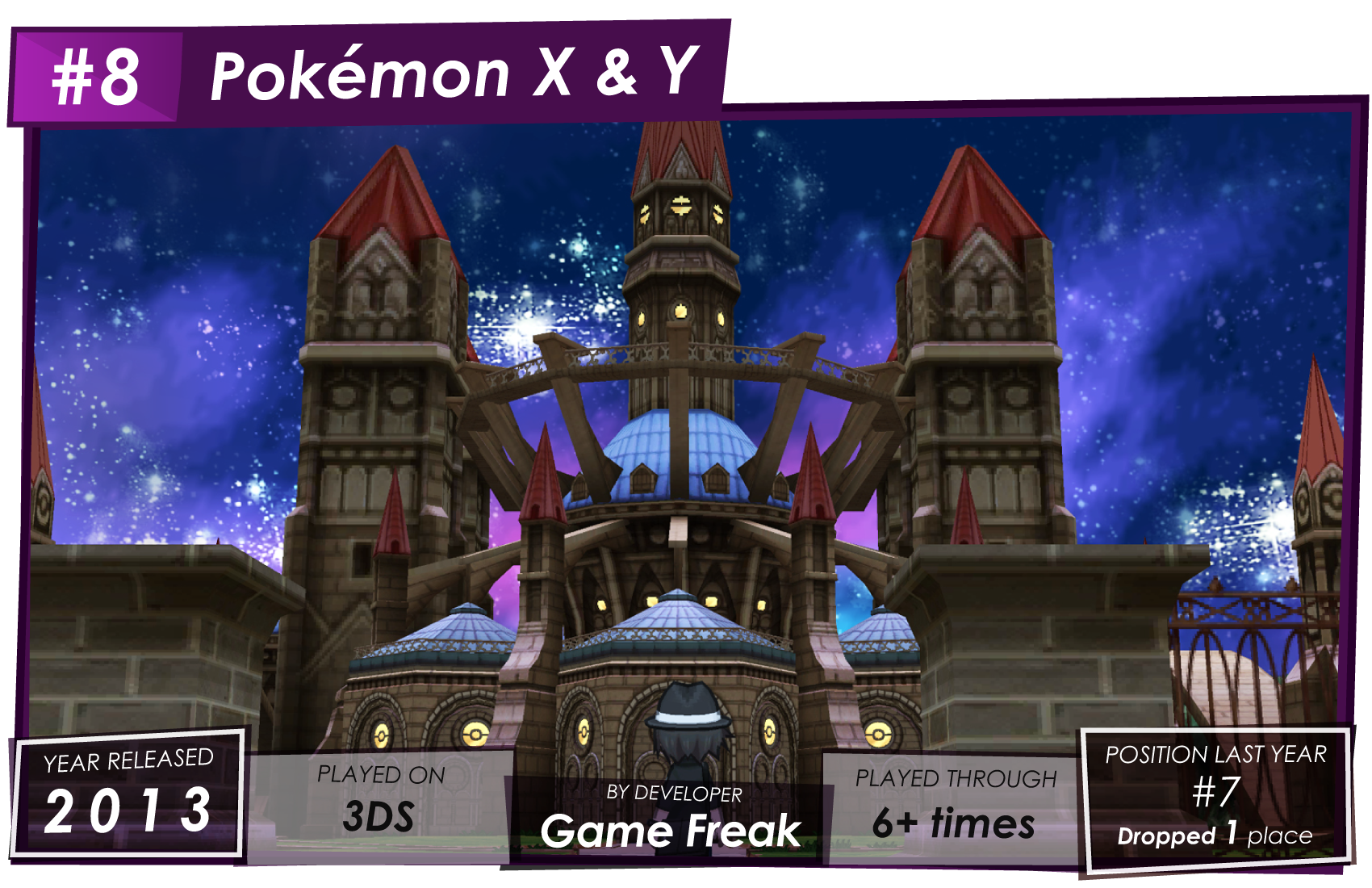 My main focus is always on the main game, that road to becoming the Pokémon champion - that's what these games are about as far as I'm concerned. And while exploring Kalos never feels as open-ended as the first few games, and the story never reaches the heights of the fifth generation, it all just feels so perfectly balanced, in a way no game in the series managed to achieve before. The story gets a lot of flack for being cliché and supposedly superficial, but it impacted me back then and still impacts me whenever I replay the game now, and it never gets in the way of the exploring and monster catching. The gameplay is fast paced both in and outside of battle, and the story generally progresses pretty fast too, which makes the lengthy play time quite a testament to the massive amount of content here (something the game's regularly criticized for lacking, only because most of the content is available before the credits roll). It was the first fully 3D Pokémon game, and outside of battle it really shows, but the battles look phenomenal and it's quite the achievement how they manage to fully model and animate over 700 monsters just for this one game... something they apparently can't do anymore even though they're copy-pasting everything... And while graphically the environments aren't the best, the art direction really shines through, Kalos itself being a gorgeous region and easily my favorite of the series. The soundtrack was absolutely incredible too, again my favorite in the series.

That's the thing, really. Gold & Silver might have nailed that oldschool Pokémon feel, and Black & White had the story, but in just about every other department, nothing comes close to X & Y in my eyes. The fantastic music. The beautiful art direction, the region. The fantastic selection of new Pokémon, prioritizing quality over quantity - as well as the fantastic selection of oldies, making for a massive regional Pokédex. The online and competitive features. There's hardly anything I don't love about this game, it's the absolute peak of the franchise, and unfortunately the last good game to come out of it in my opinion. But if there was one game to be the end-all be-all of Pokémon before it inevitably ruined itself, I'm more than happy with this one.