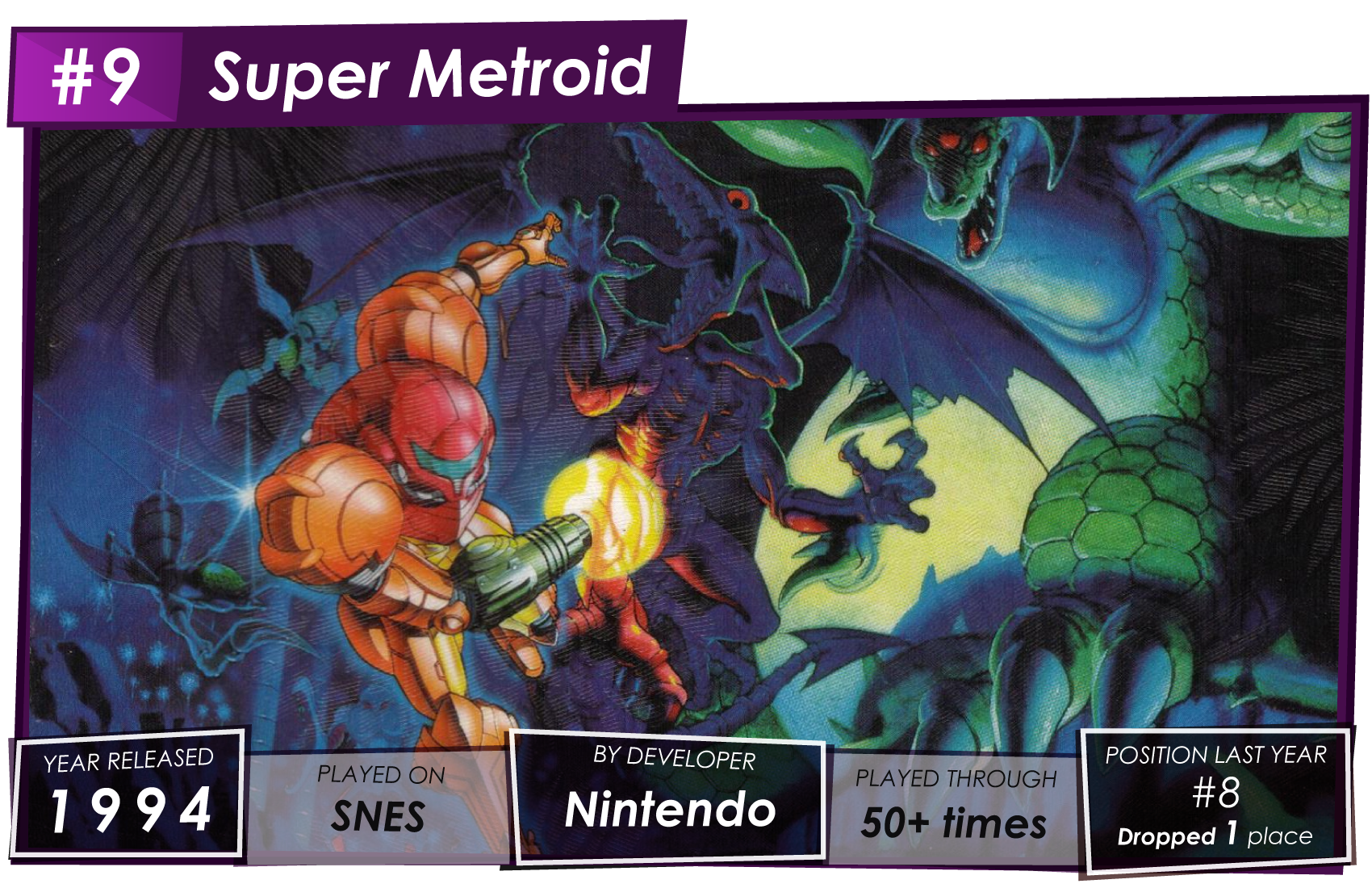 One of the most replayable games ever. One of the best games ever too, to be fair. It can't be considered anything else when it pretty much single-handedly popularized a new genre. People give Castlevania credit, but I mean, it's only credited in the genre's name for being the only other notable series to adopt this style of gameplay before indies picked it up a long time after. The Metroidvania was invented by Metroid, technically the first one, but Super Metroid is where everyone realized how awesome a game like this could be.

The game does such a good job of teaching the player how to traverse its world, in a way where the player doesn't even realize they're being guided - and while this often has people finding out the game is very linear in subsequent playthroughs, it's the exact opposite here. The more you understand the world and its mechanics, the more you begin to realize just about everything is within reach, nothing is impossible. The skill ceiling is insanely high, and the game allows for so much to be done with it, that speedrunners even created a category called "Reverse Boss Order". Self-explanatory, really, and it's crazy that something like that can exist, and that the game continues to function exactly as intended no matter how much you try to break it.

All that makes the game crazy fun to play through over and over again, but on top of that, Super Metroid also shines because of its atmosphere - this is something previous games in the series were already good at, but it got taken to the next level. Everything in the game feels so thoroughly looked at, every detail is so well thought out, the whole experience is filled with awesome surprises. Like how when you first descend into Zebes, there's this storm going on, and the atmosphere is really somber, a feeling that only gets stronger when you start descending into the remains of the first game's final boss chamber. Then, as you acquire the first few items, some lights turn on, some cameras turn on, and suddenly when you go back up there are space pirates attacking you from every corner. And then, later on in the game, when you return to the surface of Zebes after acquiring lots of upgrades, the somber atmosphere is replaced by a heroic tune that's there to signify how you've conquered that place, how it's no longer something you, the player, are afraid of. These kinds of things happen everywhere in the game, there's so much foreshadowing, some of which pays off in unexpected ways, some of which go just as you expect them to, and some of which never lead up to anything at all. The whole game is full of surprises, and they're all so memorable. The game is so memorable, really.