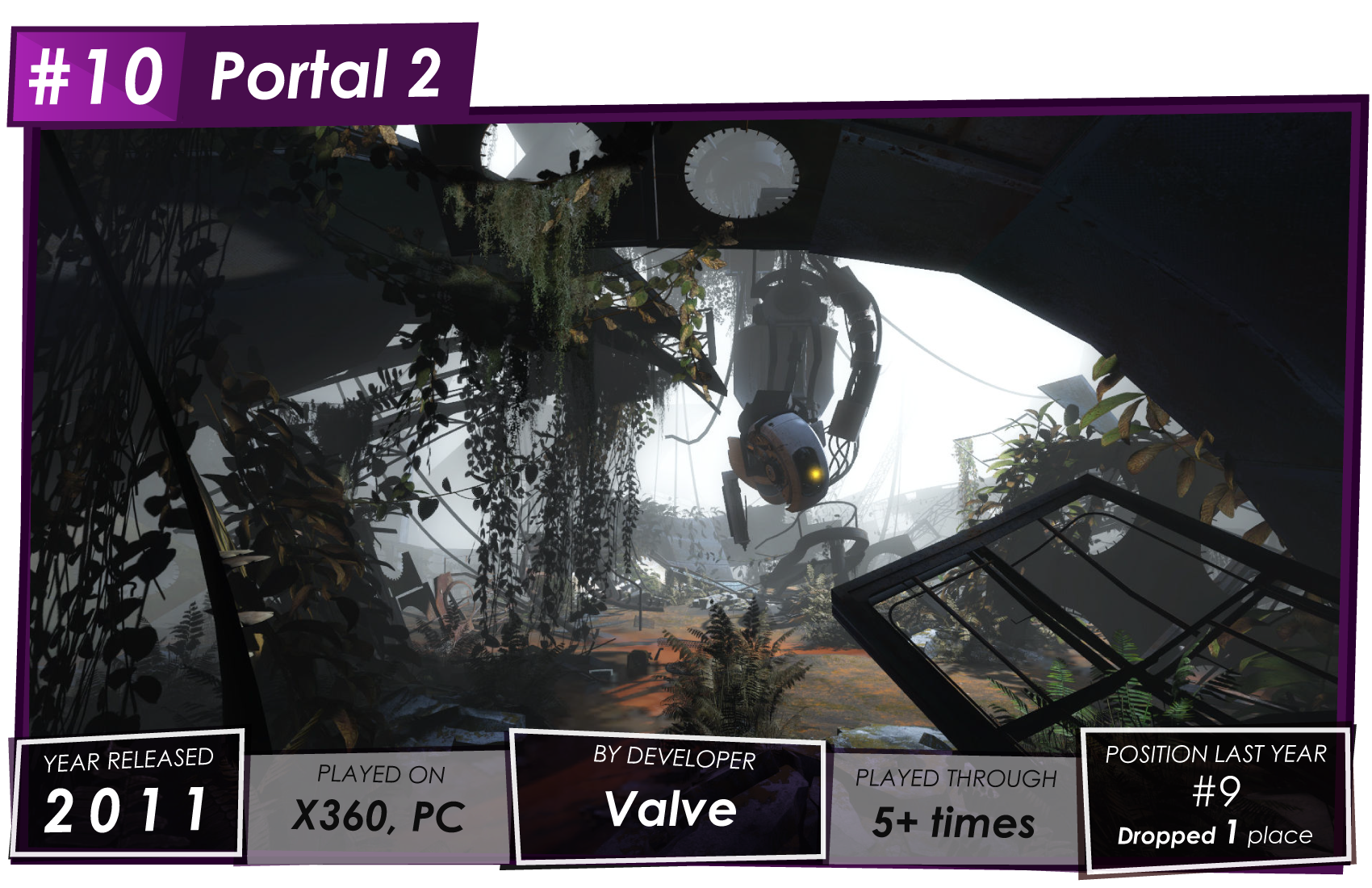 Man, thinking about this game brings back memories. Been a long time since I last played it, sometimes I just forget about it... then I remember, and damn. It was so mindblowing back then, and it's remained relevant and awesome. One of the best games I've played, for sure. I can't even think of anything to say about it, it's just a masterpiece. The campaign is legendary, and on top of it the game also features an awesome co-op campaign and a level editor complete with online sharing and all. I never got too into the custom levels, but given how in-depth the editor is, I imagine it's an endless pit of awesome content for what is already an awesome game. Sometimes when thinking about this, it makes me really want another Portal game, but I think Valve just wants it gone.