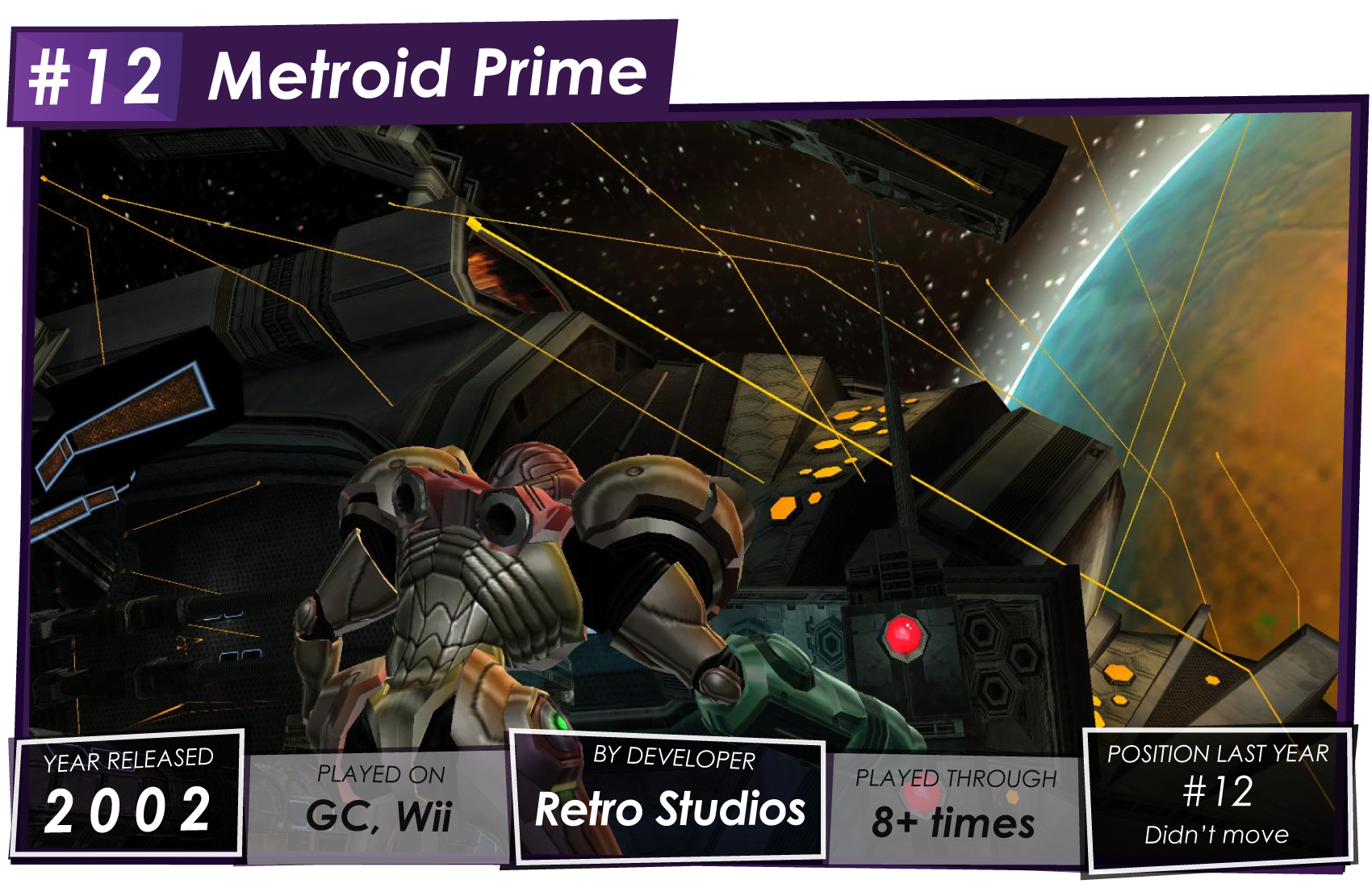 If there ever was a good reason for why we never got Metroid on the Nintendo 64, this game is it. They really took full advantage of the GameCube's hardware, making an incredibly gorgeous game that still looks good today, and the result was one of the most immersive experiences you'll get in gaming. It's funny how this was seen as a major departure for the series, a risky move, and how it was the first game by Retro Studios following several cancelled projects, because when you're actually playing the game, it always feels like Metroid Prime knows exactly what it wants to be. All aspects, all areas of the game are so coherent, and so successful in modernizing the Metroid IP into the 3D era without sacrificing any of its identity.

I don't think there's anything left that must be said about Metroid Prime, everyone knows how fantastic it is. It was a major landmark for its franchise, and set the course for some really positive years filled with good Metroid releases, though none was quite as stellar as this.