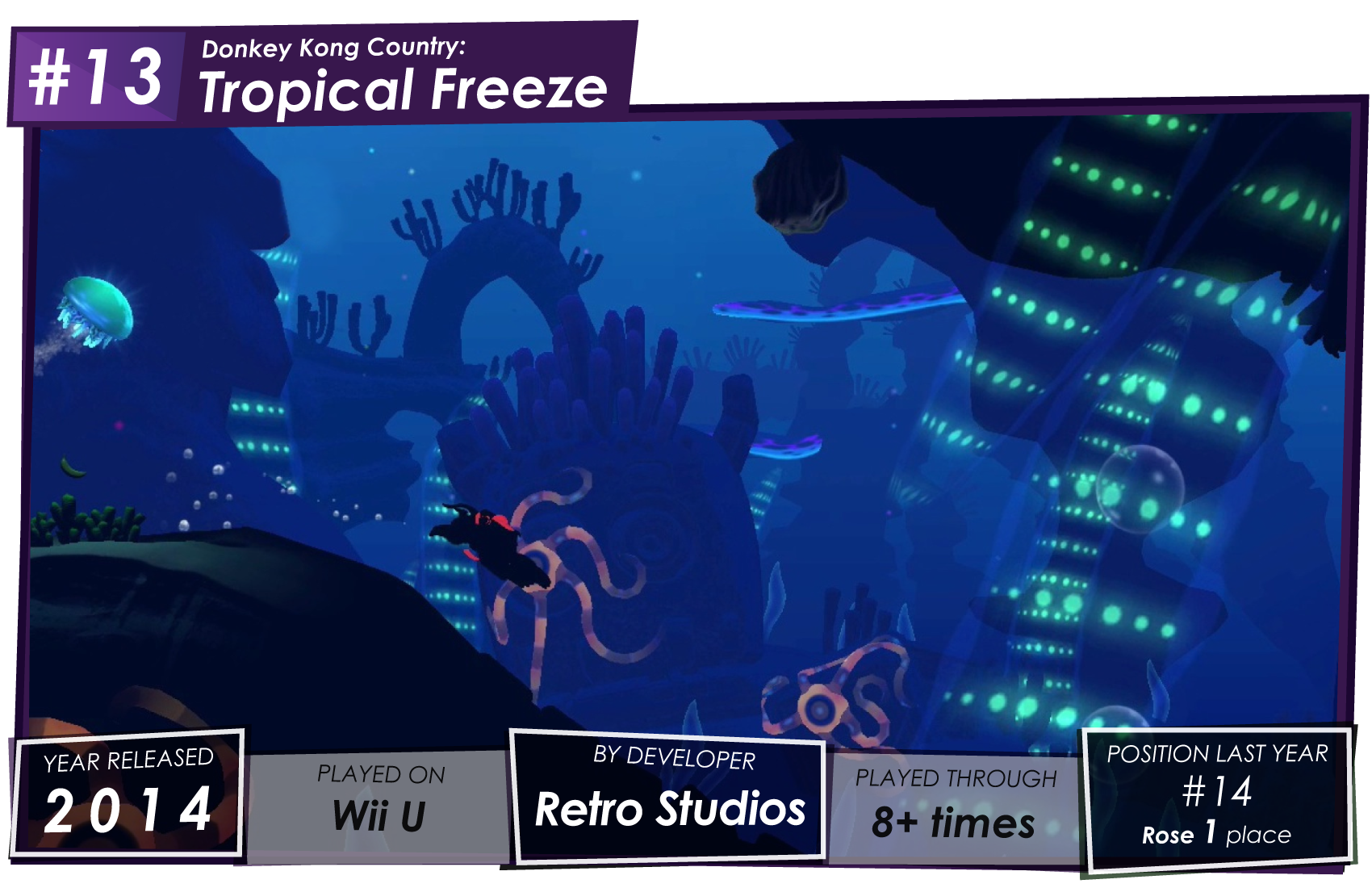 As far as traditional level-based platformers go, I don't think anything comes close to this. Tropical Freeze is so unmatched in the genre, it's made every other game in it irrelevant to me. Controlling Donkey Kong is always a bit awkward, but once it clicks, there's nothing not to love about this game. The level design is absolutely superb, and I love how there's a feeling of consistency in the progression of the levels - not only within a level, which starts by introducing a theme and then expands on that theme more and more, but also from one level to another there always feels like there's a larger theme, evolving over the course of each stage and changing in interesting ways. This theming works both on a gameplay level and on an artistic level, to great effect. It makes it feel almost like you're exploring a world, even though they're all separate stages, because of how seamless they are between one another. Every level is designed with so much care, I can likely remember each and every single one of them off the top of my head. They're all so unique, not only each with their own individual themes, but also each with its own unique music. And wow, the music. David Wise has always been an incredible composer, but he's really outdone himself with this one. Just about every single song is amazing, and that's including the songs that play on that one part of that one stage for like 15 seconds. It's a soundtrack that could've carried any game, but Tropical Freeze is a phenomenal game either way.

The only bad thing about this game, I would say, is the beginning. The first world is visually boring, very generic, it's got the least exciting music from the soundtrack, and because it takes a while to get the feel of Donkey Kong's controls, it makes for a very sluggish opening. From the second world onwards, though, it's just pure awesomeness. I love this game.