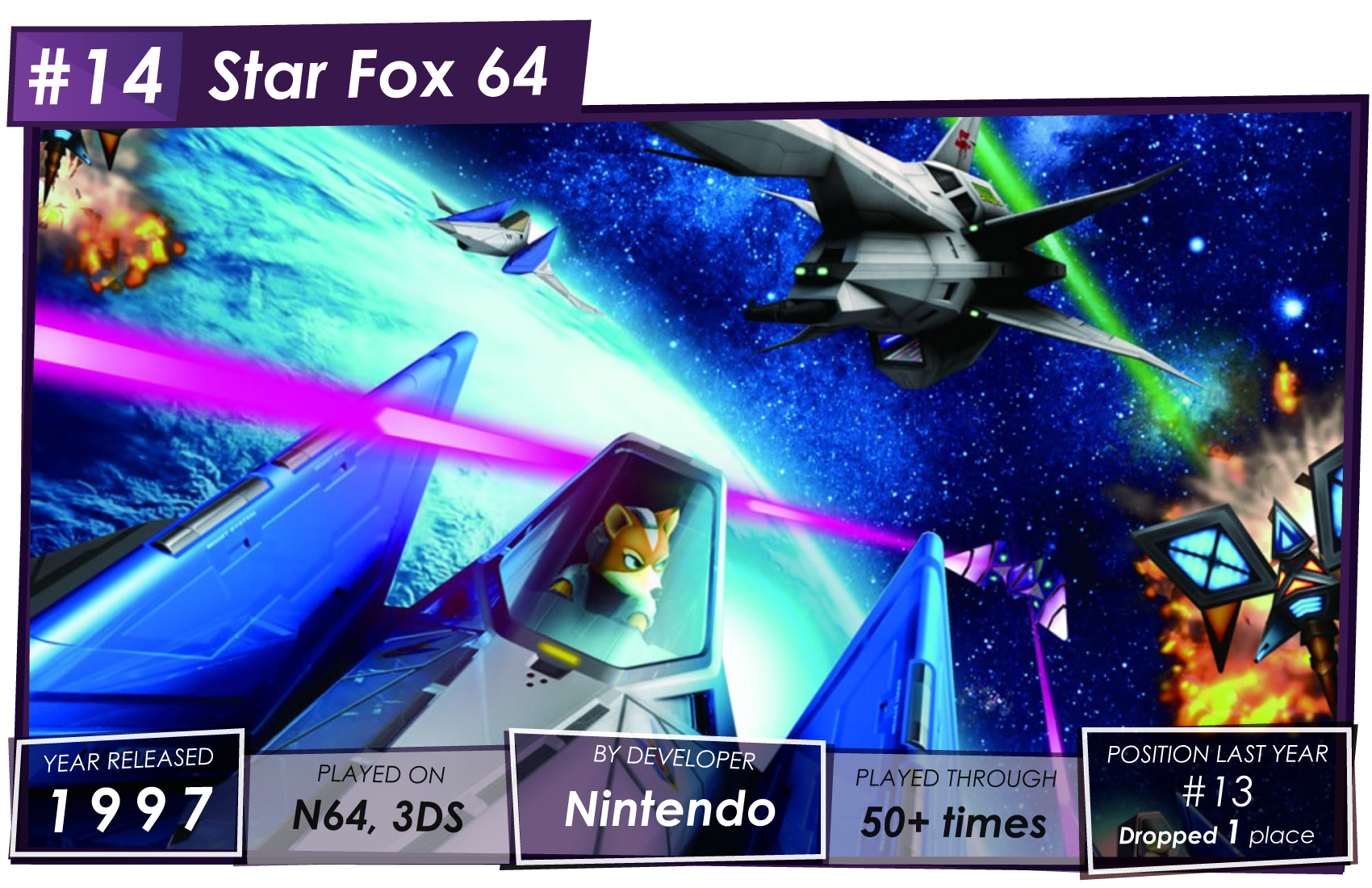 A classic that's doomed its series ever since. Well, maybe Star Fox was doomed from the very beginning, I suppose. But 64 was the game that established its place as a big deal, it was and is a total classic. It's just so memorable, really. The game begs you to play it over and over and over again, but already on your first playthrough there are so many immediately quotable lines. It's all so cheesy, yet it works so well. The characters are so charming and lovable. The gameplay is just a lot of mindless fun, and while the game has that general vibe, the soundtrack often opts for a more moody and somber tone, which creates a really special atmosphere.

I haven't played Star Fox 64 in quite a while, and I do mean quite a while, and that long time's made me think about whether I still hold this game in as high regard. Then, I remember the 100+ hours I put into this, replaying it over and over, getting all the medals, even the frustratingly hard ones from the score attack mode on the 3DS... and well, looking back, I don't think I'd trade that experience for anything else. It's still something I remember quite fondly, even if I'm mostly over it. At this point, it seems increasingly likely that this will be forever the only great Star Fox game, and if anything, I wanna make sure it's remembered.