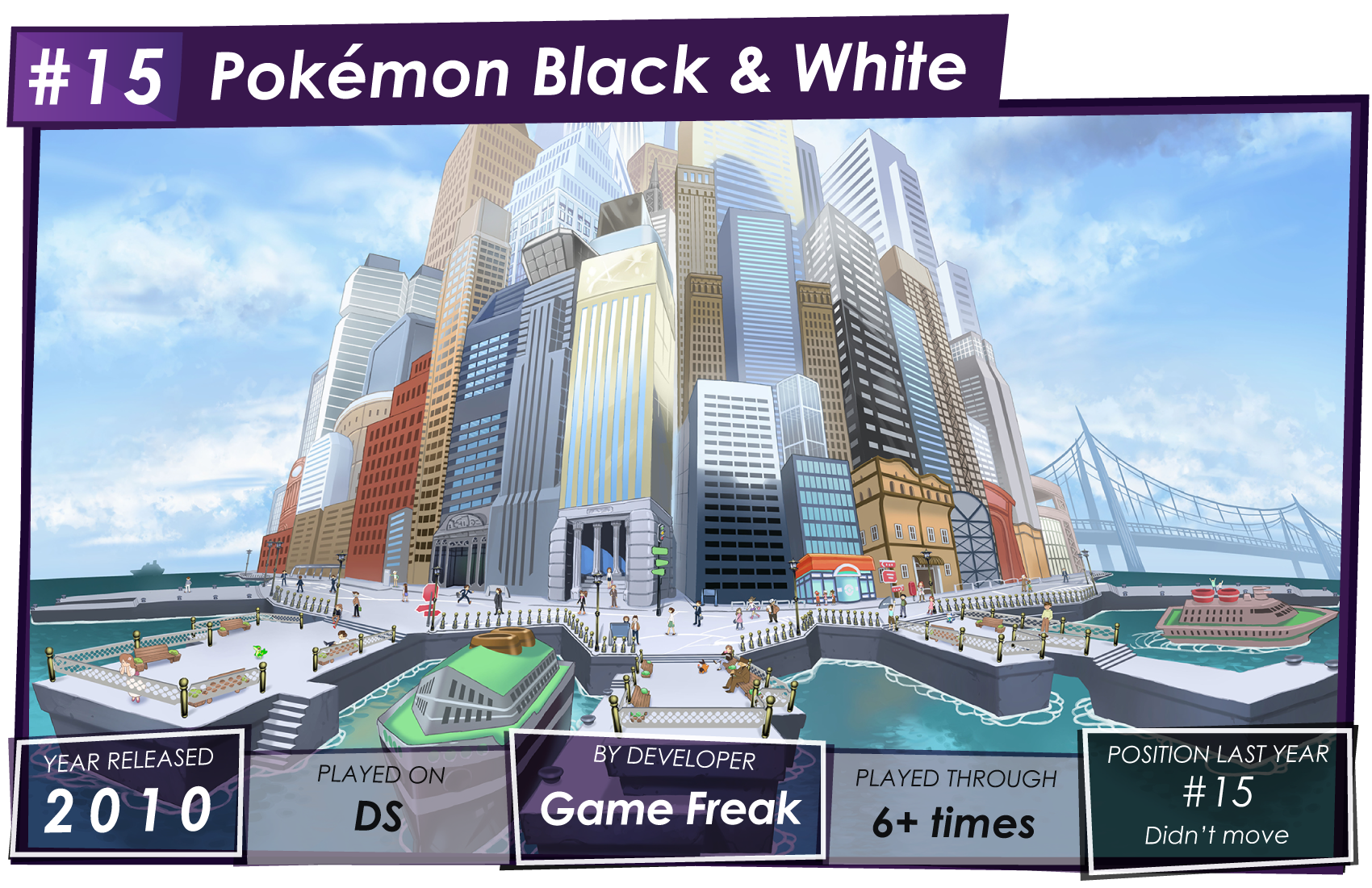 Proof that Pokémon games can have good stories.

Sadly, the only proof so far.

umm, is it, really? I do like the story of that other game quite a bit... everyone hates it though

Black & White came out at a time when I had all but given up on the Pokémon franchise, and yet I was weirdly hyped for it. I wanted to play it, even though I was sure it'd be trash. Guess I should thank the Desmume developers and pirates for releasing the rom on day 1, certainly made that experience a lot easier. This game also serves as my argument for piracy, as it led to me buying both Black and White versions, as well as the console to play them. And the experience was certainly a lot better than I was expecting. It started out with a "huh, this isn't so bad" and ended with a "this is the best Pokémon game ever!!!!". I love the soundtrack, the story. I love how it was all new Pokémon throughout the game, made everything feel so fresh - especially important in a series that consistently feels repetitive. I really love the ending, it was so well done, so climactic, so memorable, and it's so sad how they just went back to the average "you become champion" ending after this. Black & White felt like a real step forward for the franchise, a leap it hadn't taken in a long while, and it felt like Pokémon games were only gonna get better from here. The fact that they've regressed like they have makes me wonder just how they made a game like this in the first place.

If Gold & Silver are easily the best games in the series in terms of nailing the open-ended, non-story vibe, Black & White are very easily the series' greatest achievement in linear progression and story-driven gameplay. Neither of these is quite the most impactful one for me, we all know that, but Black & White feels to this day like a major landmark title in Pokémon history, and on its merits, it doesn't look like it'll ever be matched.