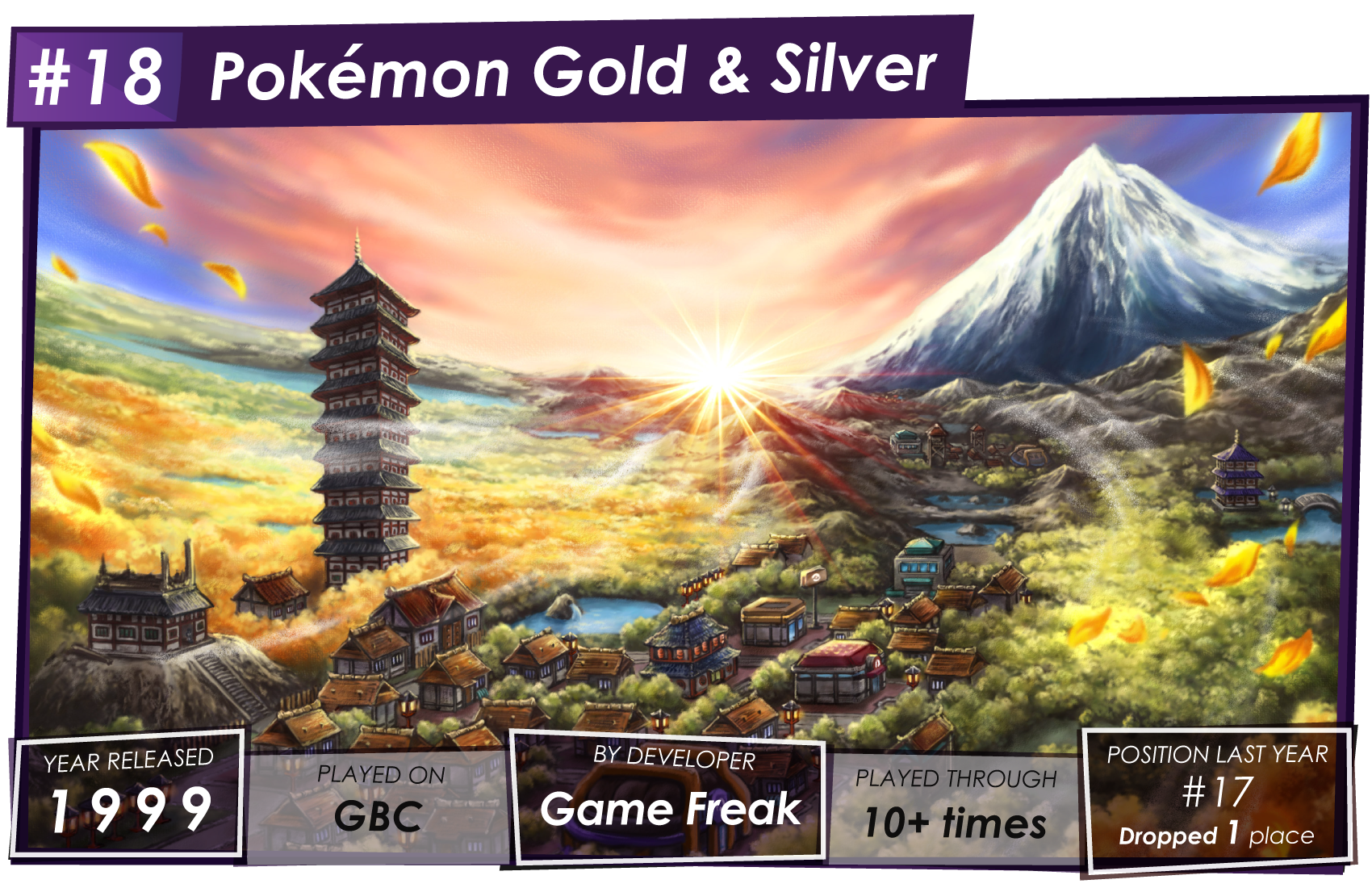 If Pokémon games are defined by their sense of adventure, there is no more definitive entry in the series than Gold & Silver. Everything about this game just oozes adventure. It's probably a lot down to the beautiful soundtrack, filled with nostalgic tunes all the way through, but it's also in large part due to this game's open-ended approach to storytelling. Which is to say, there's basically no story here. You're given a bit of a setup with your hometown and a few characters, but after that, you're basically just doing stuff because you want to do stuff. The game is pretty linear, to be fair, but because there's rarely any decisions being forced upon you, it barely feels linear at all.

The series went on an increasingly more story-oriented direction following this, an approach that was rarely used to its best effect, but while I'm not opposed to that direction, I'm just so glad that we got Gold & Silver before that happened. This freeform style of Pokémon game deserved a better game than the originals, and with the sequels here we got a total masterpiece. In fact, a large part of why I don't care about the remakes too much is exactly because they took this feeling away by forcing more story onto the player. I don't know, maybe legendary Pokémon would feel more legendary if finding them (never mind catching them) actually took some effort?

Anyways. Gold & Silver are fantastic. At what they're trying to do, they're the best games in the series by a country mile.