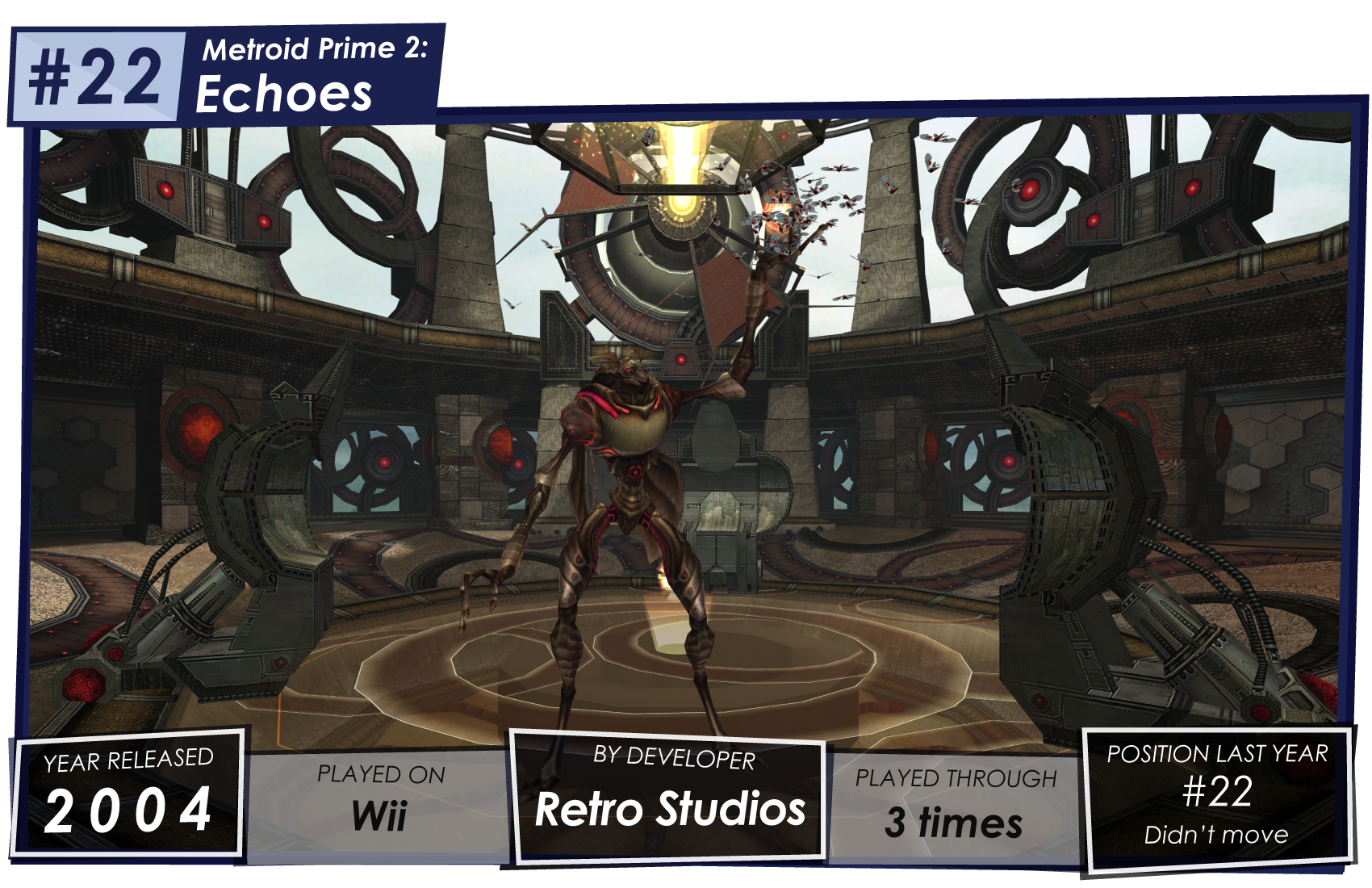 The sequel to Metroid Prime was every bit as good as its predecessor, and also some bits worse. It's got everything that made the first one incredible, improves on some things, gets some other things a bit less right, but it also adds some unwanted elements into the mix. This is one of the most memorable games in the Metroid franchise, thanks to some fantastic worldbuilding, and it's nice to have at least one living character you're trying to save for a change, but every time you had to go into the dark world, it brought everything to a halt. The first time you venture into the dark world, it does a great job of setting up a tense and heavy atmosphere, but when that atmosphere is repeated throughout the game with no changes (despite the player and playable character both becoming more adept at traversing the place), it gets repetitive really fast, and it isn't helped by the place being filled with arbitrary walls and roadblocks that can't be traversed like in the light world - again, only made worse by the long loading time between the two. It's an unfortunate flaw with the game, and it's a major one, but it just shows how otherwise good the experience is to rank this high. Honestly, had they got the dark world thing right, this might've well been the best game in the whole series.