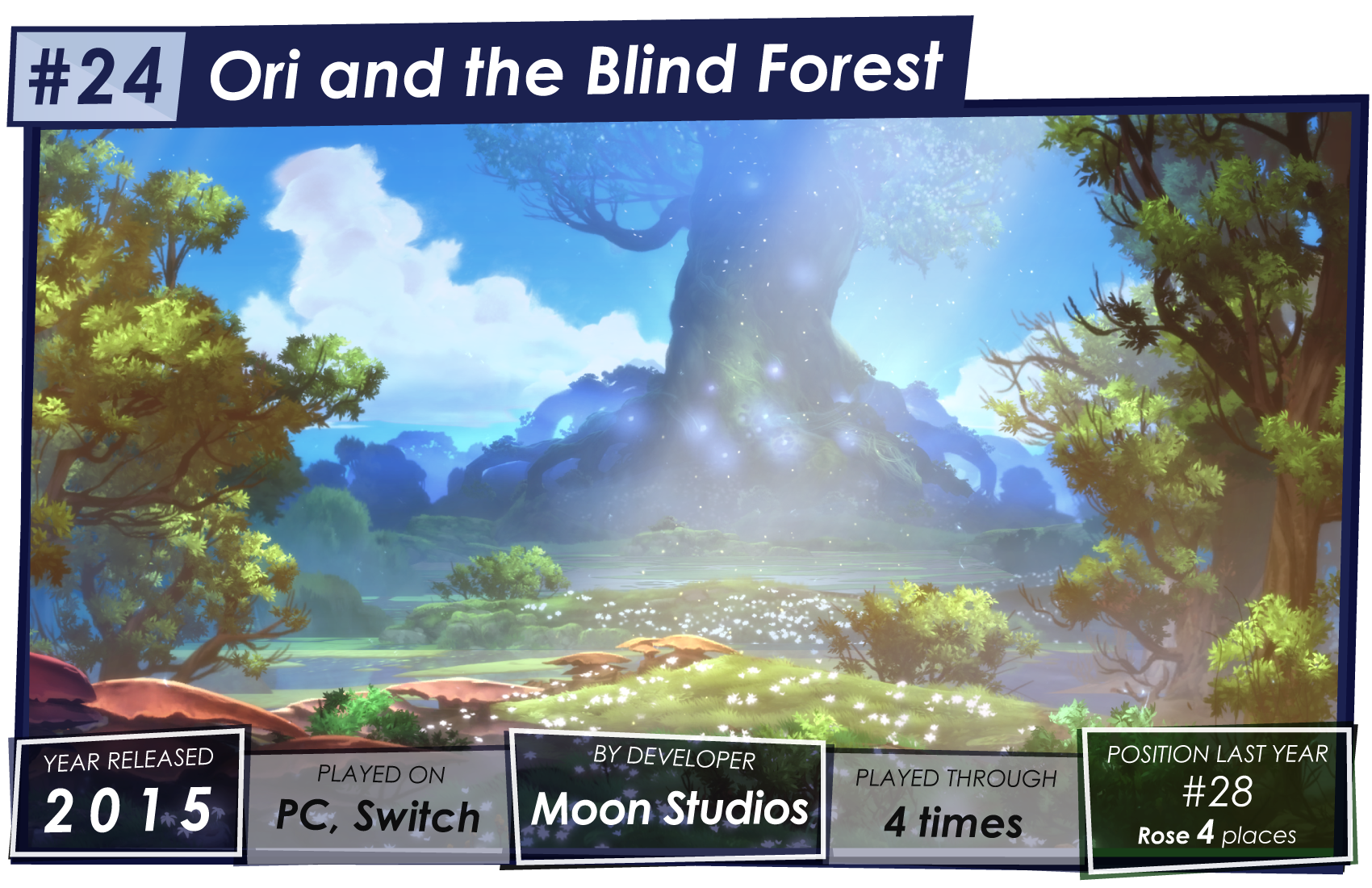 A truly wonderful experience, this. Having now played through it four times, I have to say, it's not a very fun game to replay - even years on, everything still feels so familiar and been there done that. But in truth, that's a testament to how memorable and iconic this game was, and watching friends play through the game for the first time really recaptured the greatness of this game for me. Ori and the Blind Forest debuted in the top 10 on my list, but while it's gone a bit down over the years, I'll always remember it for the incredible ride that it was, and it has successfully stood the test of time, and also the test of not being overshadowed by a fantastic sequel. To say that there's something enchanting about Ori would be an understatement - everything is enchanting about it.

This game was a major achievement in art direction and soundtrack, and the way they both combine helps make the simple story really shine, its characters being so instantly relatable and lovable even without speaking any words. Beyond that, the gameplay itself is fantastic - controlling Ori feels smooth and responsive, and the vast array of platforming abilities you get makes traversing the world always feel awesome, not in small part due to Bash being one of the best mechanics ever introduced in any game. As a game and as a work of art, Ori and the Blind Forest is just incredible.