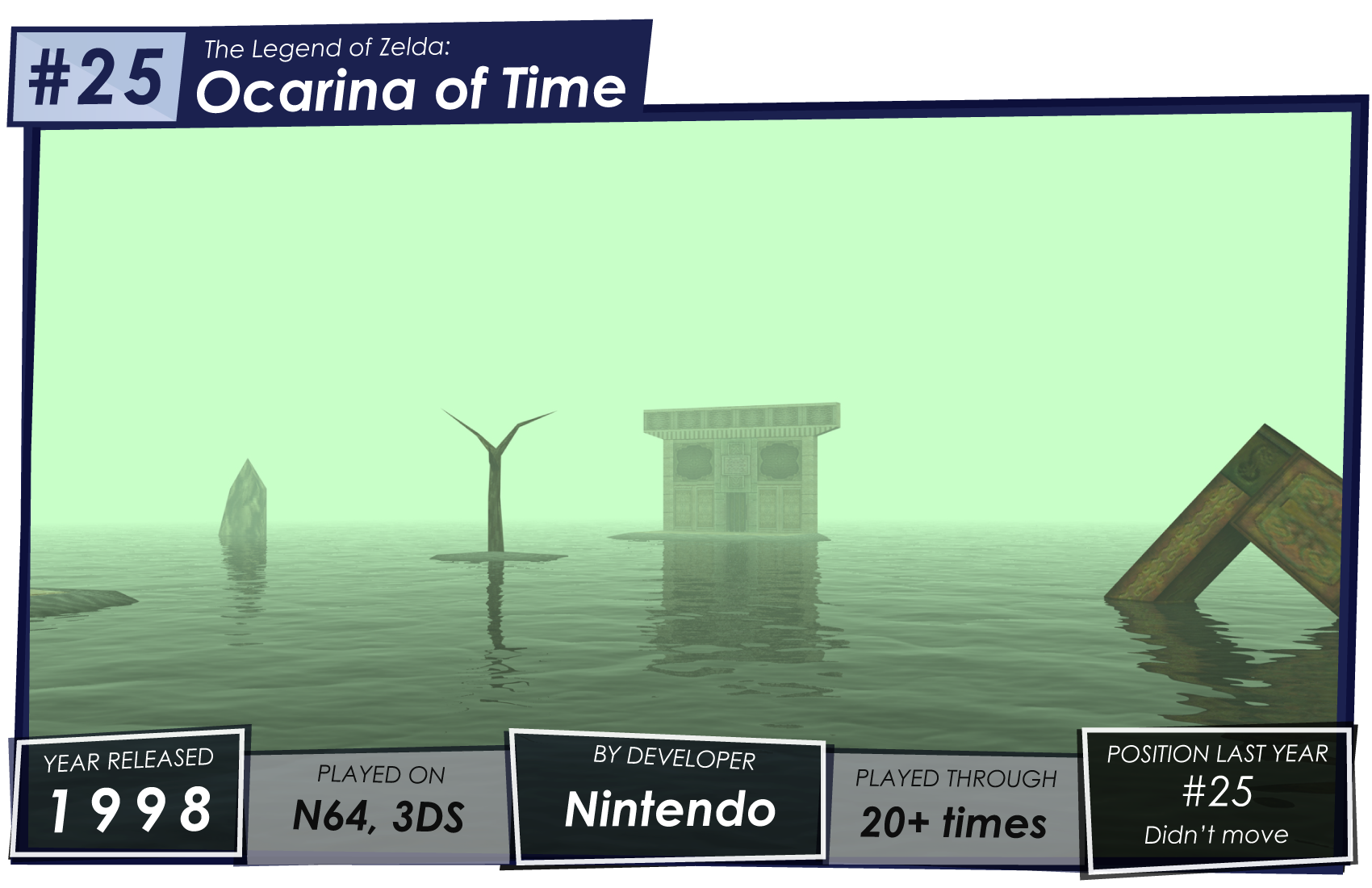 The classic. Ocarina of Time remained at #23 for several years on my list and now it's looking like it'll remain at #25. It just keeps holding on to its place through thick and thin, and has remained here despite several games showing up ahead of it and later falling behind it. Maybe that's a sign that I should really list this higher, since it continues to remain relevant, but eh, #25 will do - the game has way too many issues for me to ignore. I've talked about those issues in the past, though. When you go a long period without playing it, the memory that remains is mostly of the awesome stuff and how special this title was, and still is. I probably would rank this a lot higher had I played it back then, but even without the nostalgia factor it's impossible to deny that it's a great game.