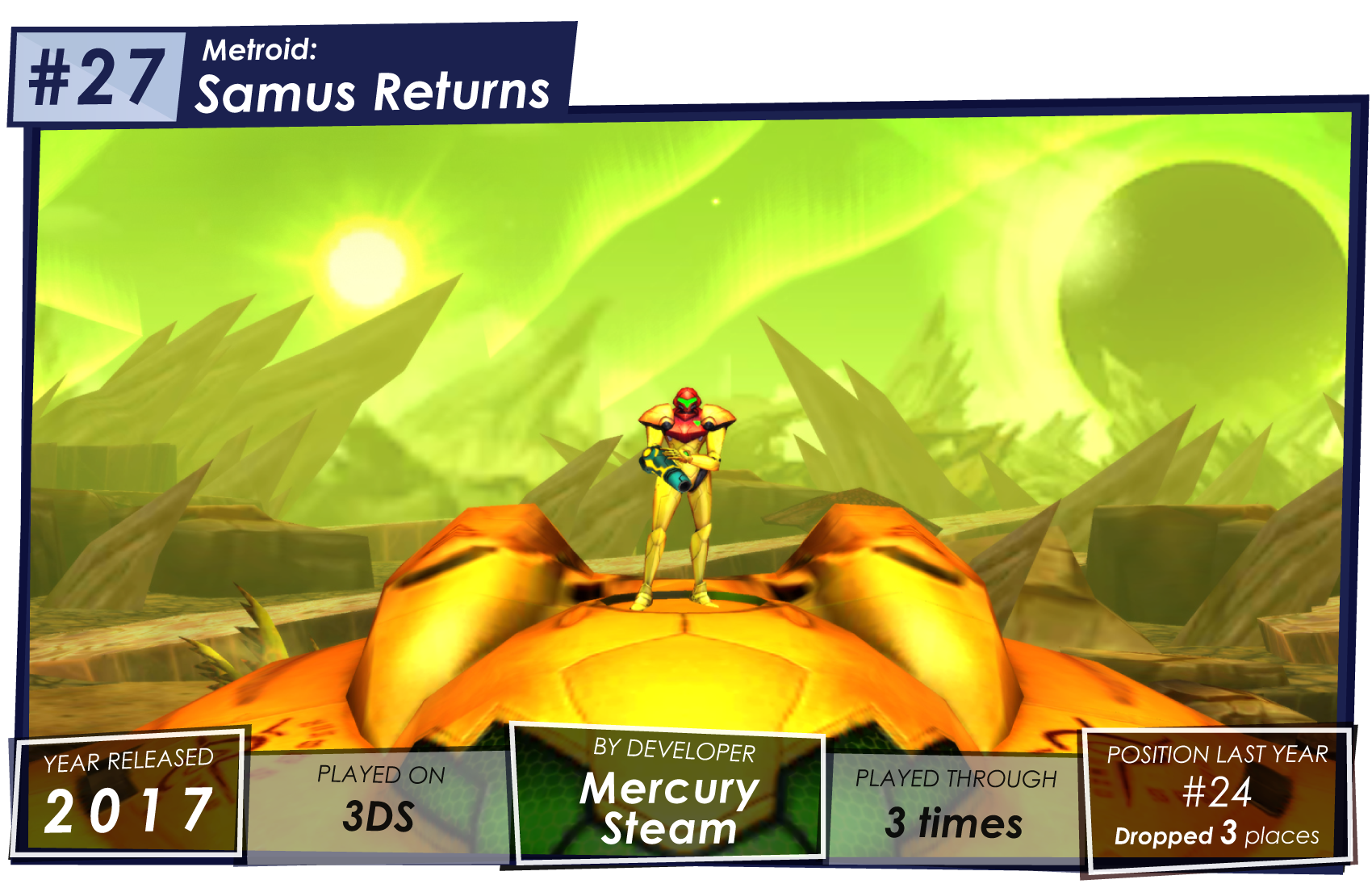 Another year, another Metroid 2 remake continues to show up in my top 30. The one that remained closest to me and freshest in my mind was the official one, and it's a bit weird. This game introduced a new gimmick (parries) that changed up the gameplay in a very different but not necessarily better way, totally did away with a lot of the original game's atmosphere by adding new challenges where there weren't supposed to be any, and really, it had no right to be this memorable, being a late release on a dying console. I don't know why, however, I still get so many fond memories from this, even if I haven't played it in years. It still feels like an awesome new entry in the Metroid series, even though it did absolutely nothing to move it forward or enhance upon it in any meaningful way. At its best, it's a pretty good remake of an average game, and at its worst it feels like corporate fanservice. Despite that, it's still really awesome and does make me want to go back to it, which I'm pretty sure I will. Would be a lot nicer with a Switch port, to be fair, but oh well, it's Nintendo we're talking about here. I'm still clinging on to hope that there is a proper Metroid 5 somewhere on the way, though.