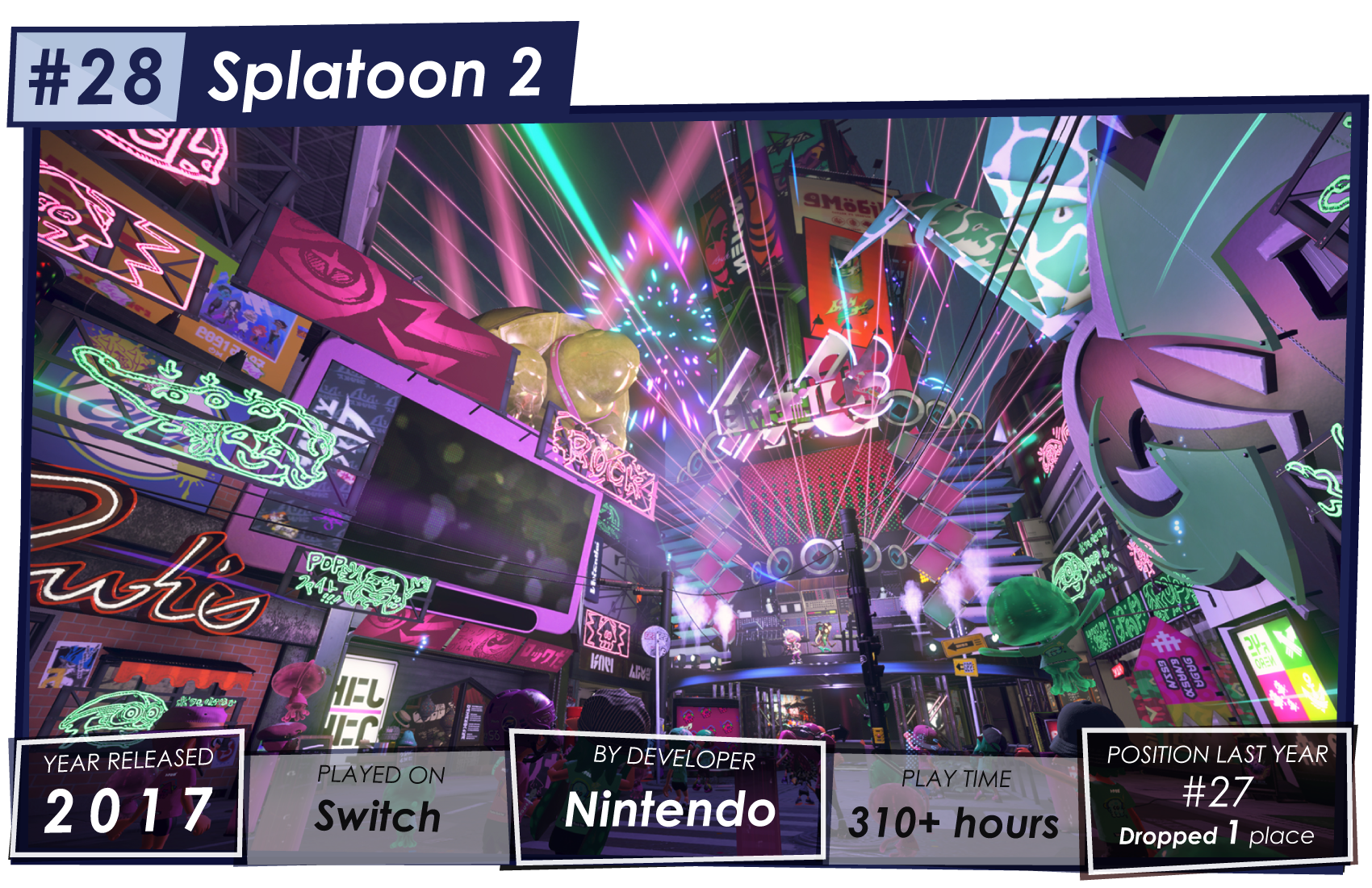 This game pretty much feels like Splatoon 1 at this point. I don't mean in the sense that it's similar to the first game, just in that it's replaced it so entirely and completely, while still feeling so much like it, that it's basically the starting point of the series now. It's getting a bit old now, not gonna lie, but it's still a lot of fun and the Octo Expansion campaign was pretty memorable, even if it often felt too grindy. I just hope that the franchise really takes things to the next level from here, since the next game will have a longer development time.