With PS5 just having launched, people are of course spending more of their spare time gaming so it's understandable that this thread becomes less active. Still, it makes me a bit of a sad panda that I'm never able to catch a few updates when visiting. Have to go other places for that.

Ryuu is doing an awesome job with the Xbox thread constantly posting news, rumors, tweets, polls, open questions, etc. I'm not saying this should be updated as regularly but maybe just a weekly news recap or something like that. And this is not to criticise Bristow as he only took the job because no one else volunteered at the time and he was completely clear about not having the time to update the thread regularly.

If I'm longing for more activity, I should just post more myself or request being the future thread OP. Like Bristow, I currently don't have the time though which I guess is the case for everyone. It's a pity though because this thread could be a way to lure more regulars to the site that mostly care about causal PS talk with minimal of the fanboy war toxicity that is present in far too many individual threads. Dunno. I'm rambling. There's probably not much to do. 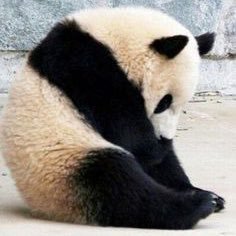