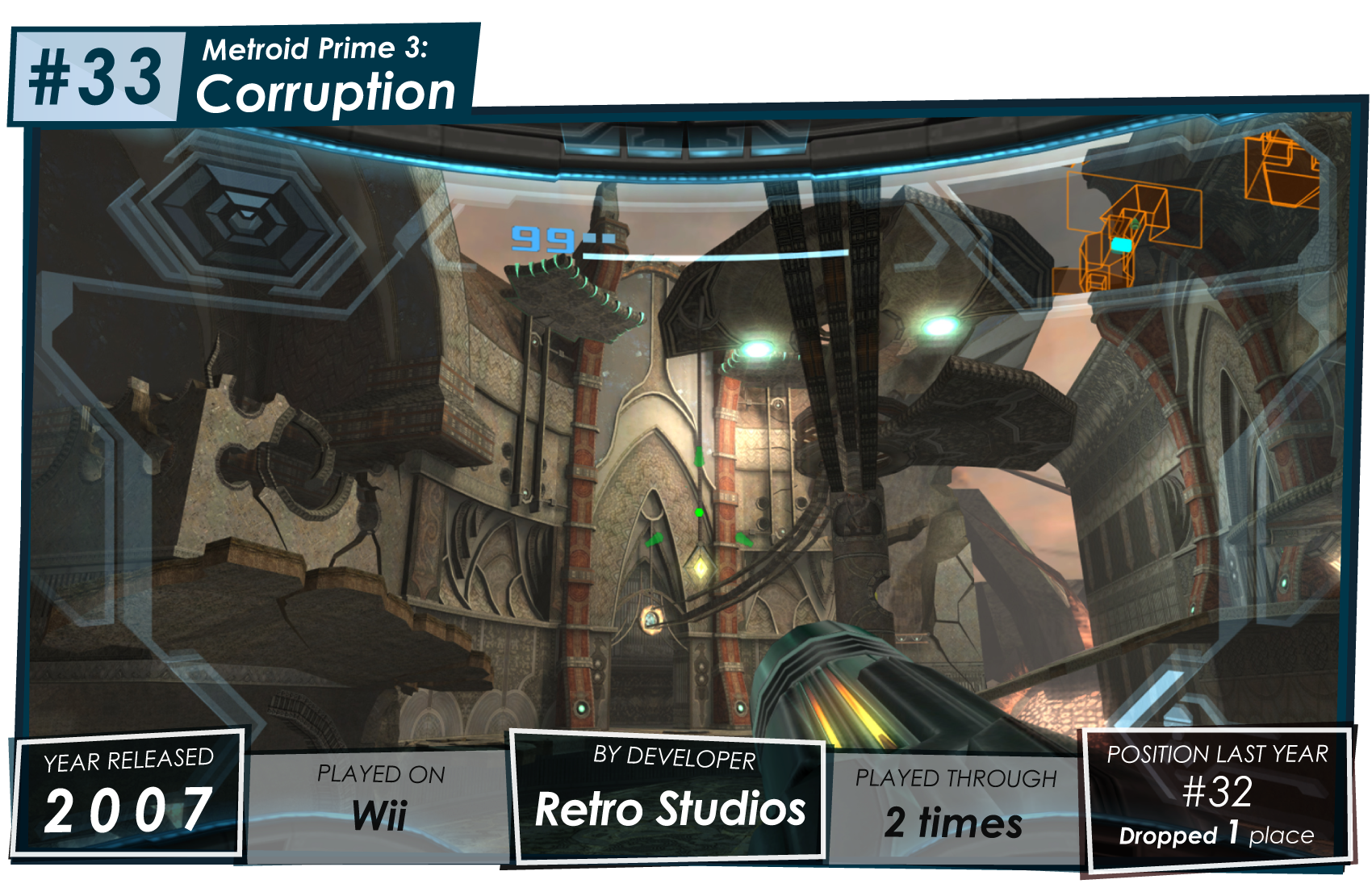 One of the best openings to a game ever. Beyond the opening, the first area you get to explore more in-depth is pretty awesome too, though obviously not as intense as the action-packed intro. The second area is still quite good, but lowers the bar a little. The next area gets a little more boring, and so the game continues on this downward spiral all the way up to its forgettable ending - except for a couple of very memorable late game mini-areas. It's a shame, really. But for what it's worth, even if not as special as the two titles that came before it, Metroid Prime 3 is still one hell of a ride and a fantastic game. I loved this a lot my first time through, and didn't enjoy it nearly as much the second time. That lack of replayability is a bad metroidvania sin, but then again, this game can hardly be called a metroidvania to begin with. It's more of a traditional adventure game compared to other Metroid entries, with far more linear progression and a very not interconnected world.

The best linear games require good stories, and unfortunately, the story here sucks. They gotta be exciting all the way through, and unfortunately, the excitement here kinda dies out halfway through the game. They need good bosses and challenges that are designed with a difficulty curve in mind, but the best bosses in the game were just okay (except for the one in the prologue, that was very special). Still, though, this is Metroid Prime, and the awesome stuff that naturally comes with it still makes it shine. The awesome gameplay in first-person, coupled with more interesting platforming this time and a more useful grapple beam. The beautiful art direction and deep world-building and lore about the places you explore. The heavy and engrossing atmosphere the whole series is known for, it's all here, just in a slightly less remarkable package - still more remarkable than most games out there.