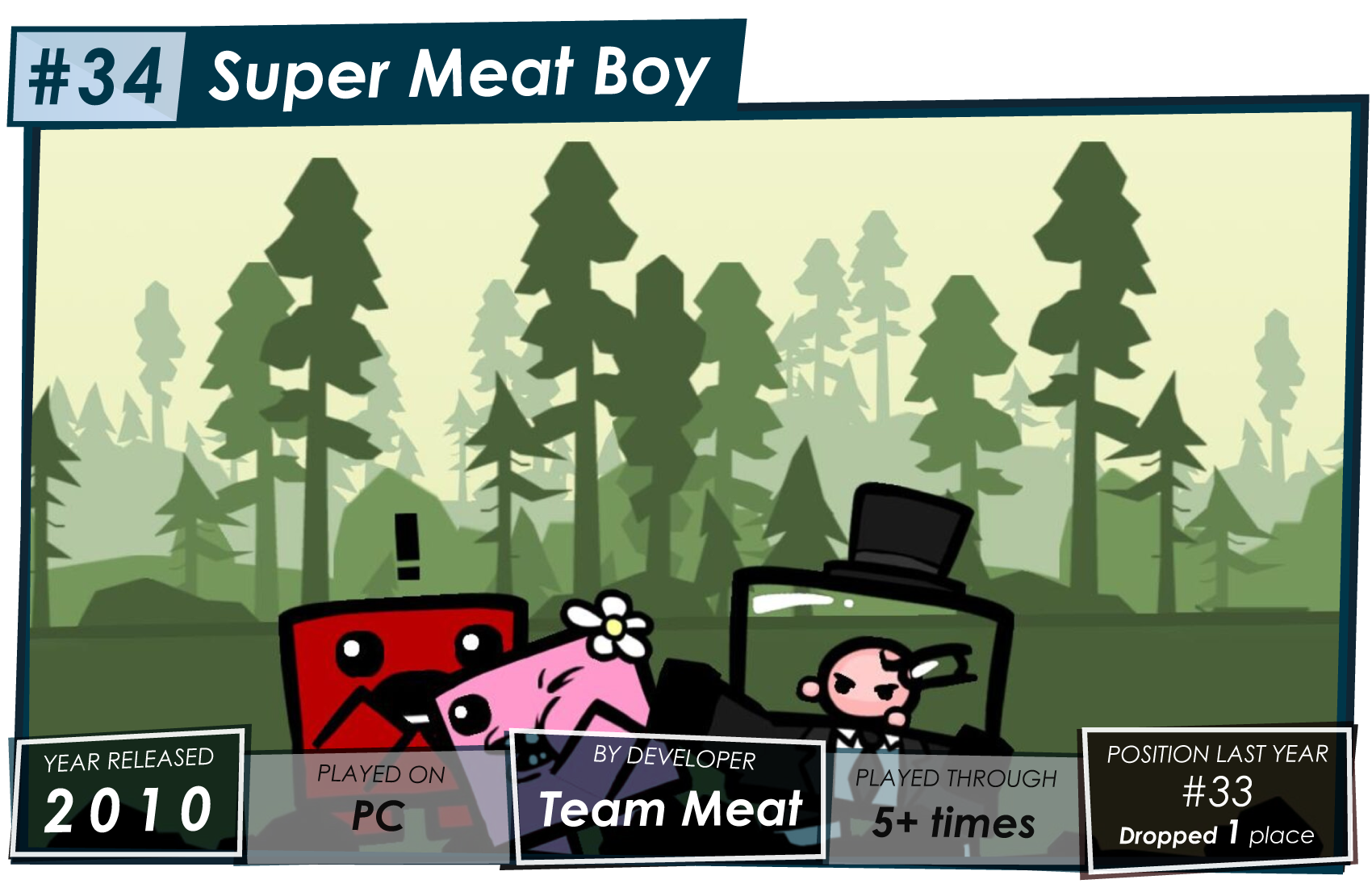 A bit of a distant memory as I haven't played this in a long time, but I do remember Super Meat Boy being just a crapton of fun to play and one of the, if not the most fun platformer in terms of the controls and flow of gameplay. Meat Boy's mechanics largely inspired another indie game that'll show up later on the list, but what this game hasn't been matched in yet is the sheer insanity of the level design and how it makes you approach every challenge in a way where you know you're gonna die tons of times, and yet it feels fair and not boring trial-and-error. Well, except for World 4 Dark, that shit can go to hell, no pun intended. This game involves a lot of frustration, but it's so satisfying when you do get to beat those super hard levels, and it's been fun enough that I've fully completed the game multiple times. A lot of it probably also has to do with Danny Baranowsky's phenomenal soundtrack, which has since been removed from later releases and kept me from ever buying this game on a console I'd like to have it on. Regardless, this was a crowning achievement for platformers and for indies as a whole.