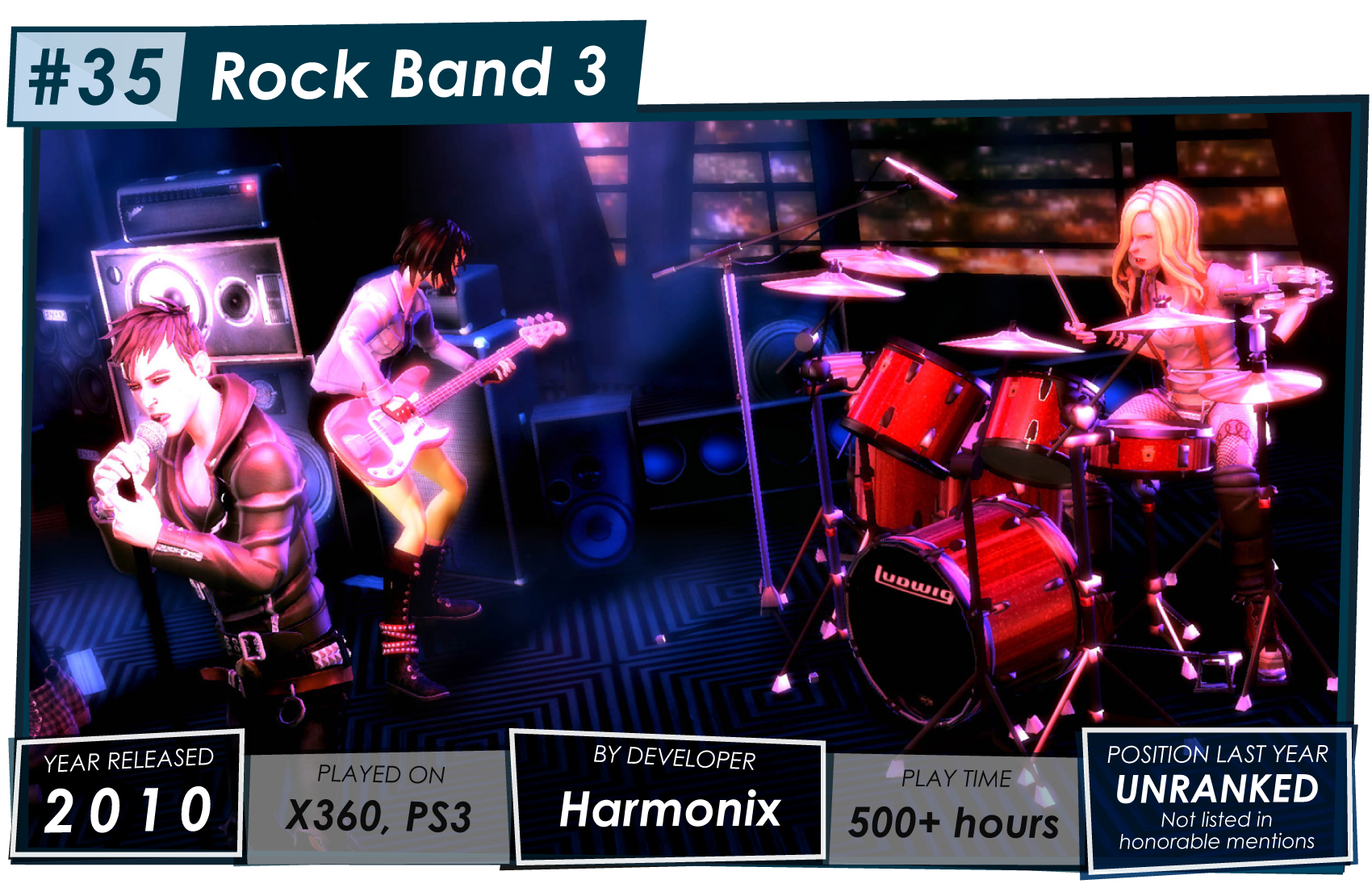 Yeah, of course Rock Band is still on my list! This year it's the third one, and it's made it pretty high. Why the change? Well, it's simple. I brought it back by buying some used PS3 instruments. There's been quite a few Rock Band nights with the family this year, and playing the game with custom songs has made everything a lot more fun as the library can get quite ridiculous. I even put a song of mine on the thing! I tried out a few of these games again this year and it was pretty clear to see how Rock Band 3 outshines its predecessors, putting to bed my nostalgia for the second game. This is by far the best plastic instrument game and I don't think it'll be topped. Now the only question is, will I ever get 100% on Green Grass and High Tides?

Probably not. But I'm okay with that, I think.