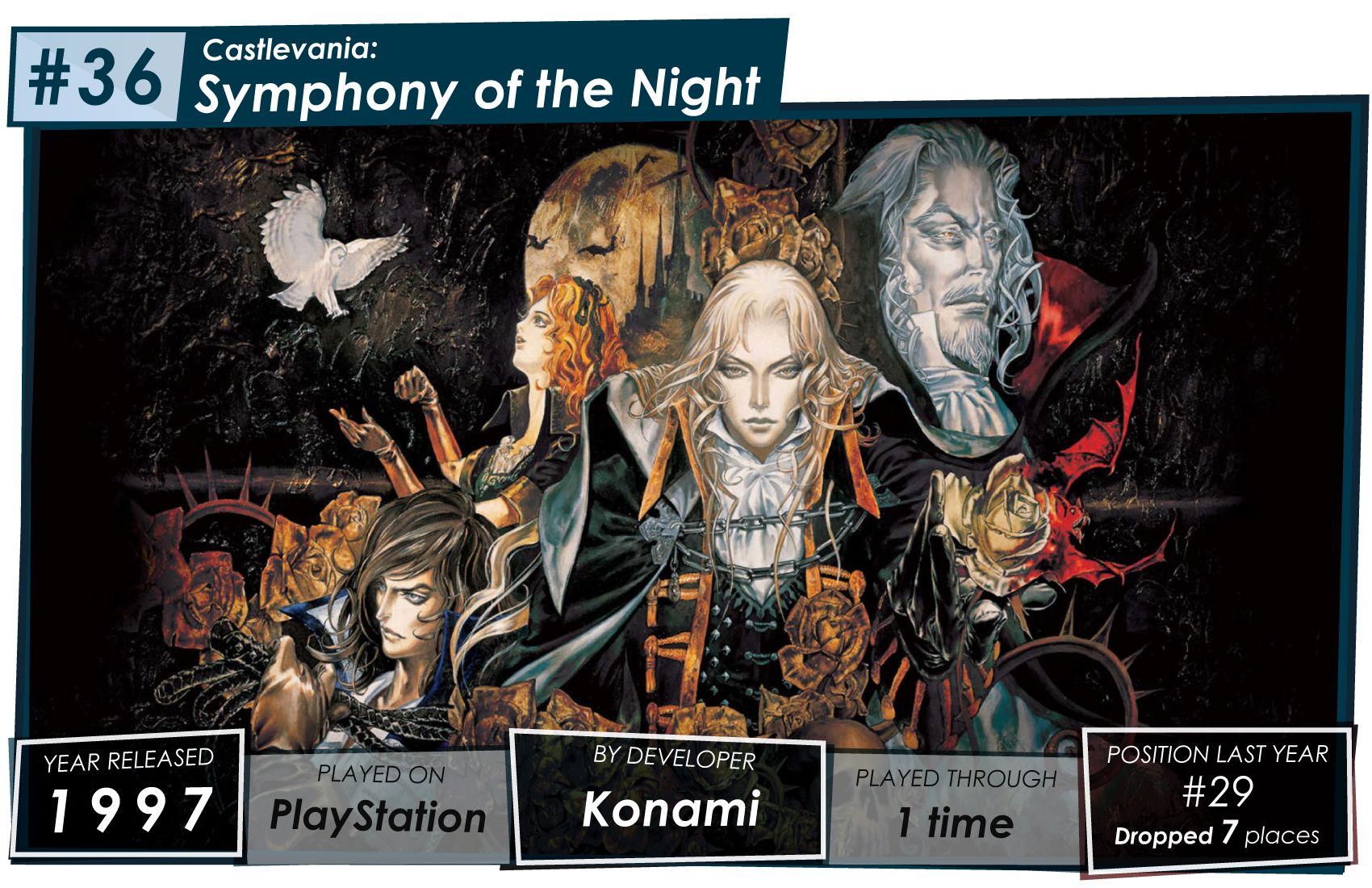 I've made a review of this game back when I played it, and I'm not sure I still stick to the score I gave it then, but I do stick to the opinions I had on it. This is one of the best Metroidvanias, a game very fitting of having given the genre half its name, it's really awesome... but it kinda gets worse the longer it goes on. It's mostly a really awesome game up until the bad ending, but that ending is really bad, which kinda takes away from the experience. It's fine, after all, there's still a good ending, right? Yeah, but from that point onwards the game only gets more repetitive, grindy, and boring - only to lead up to an even more unsatisfying ending. It's when you get deep into the experience like this that the game's flaws become glaringly visible, but despite the negatives, this still feels like a classic through and through. It just has that special aura, it's hard to describe. I haven't played this in over two years now, and yet I still remember a lot of it quite vividly, which I think is a pretty good sign of how good this game is.