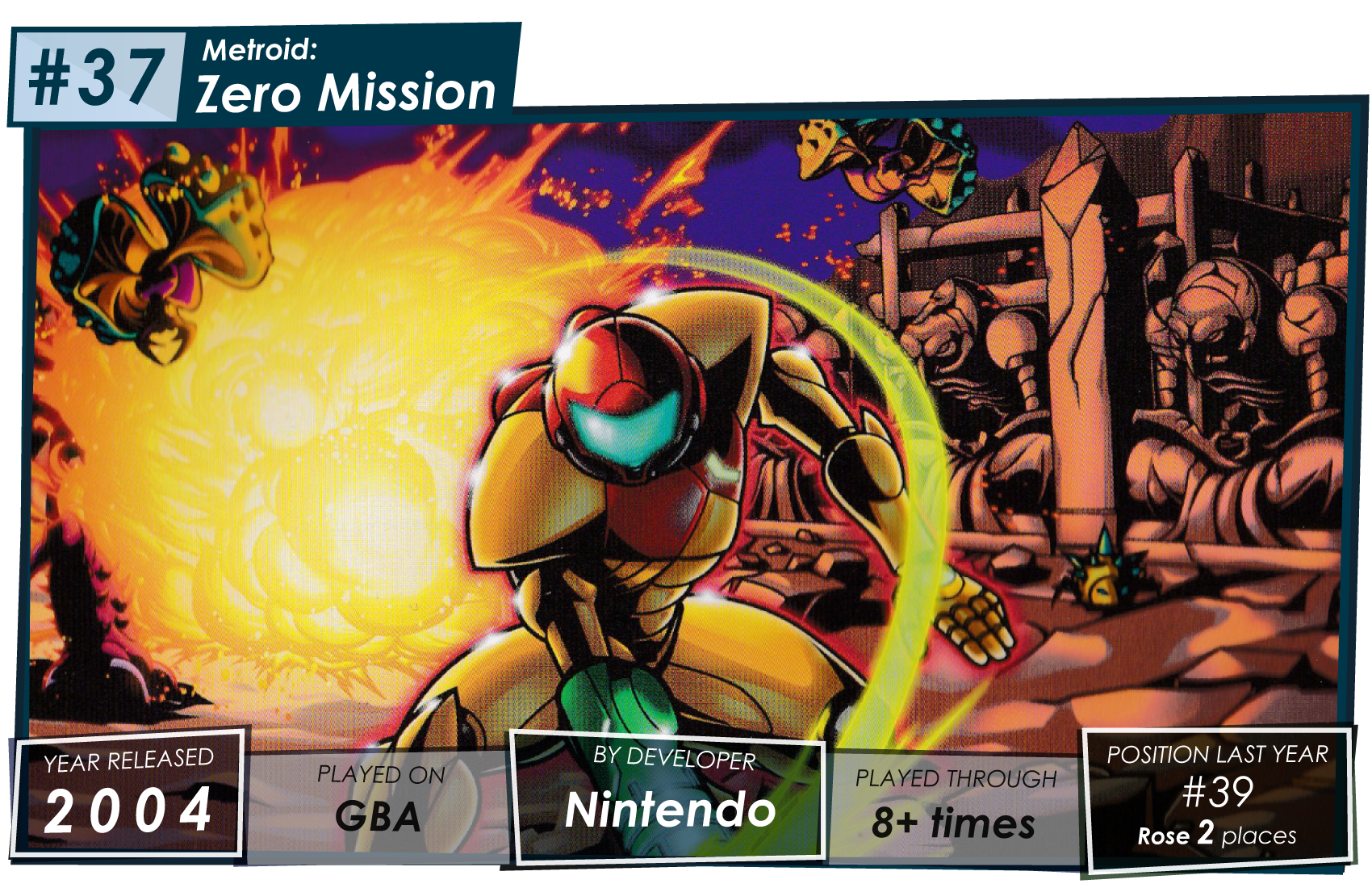 A very solid remake of a very outdated game in Metroid 1. Zero Mission expands upon the original beautifully, fully realizing all the classic areas of Zebes without the crappy copy-pasted rooms of the 1986 release, bringing the bosses to life in much better ways (though nowhere near as well as other games in the series), improving on the soundtrack considerably, and adding in more content. I'm a bit iffy on the extra content, to be honest - I think it's fine on its own, but it should have been a separate mode, because as it is, it kinda takes away from the satisfying original ending. This game even seemingly acknowledged the speedrunning community, with many secret alternate paths designed to allow the player to do some sequence-breaking, but it doesn't feel nearly as rewarding to "break" a game when it's so obviously intentional like it is here. I did try my hand at speedrunning on a casual level, and I could get great times very easily - I always got the feeling this game just has a very low skill ceiling, which is a far cry from a few other Metroid games. But still, Zero Mission was quite good, and by very far the best way to play through Metroid's opening chapter.