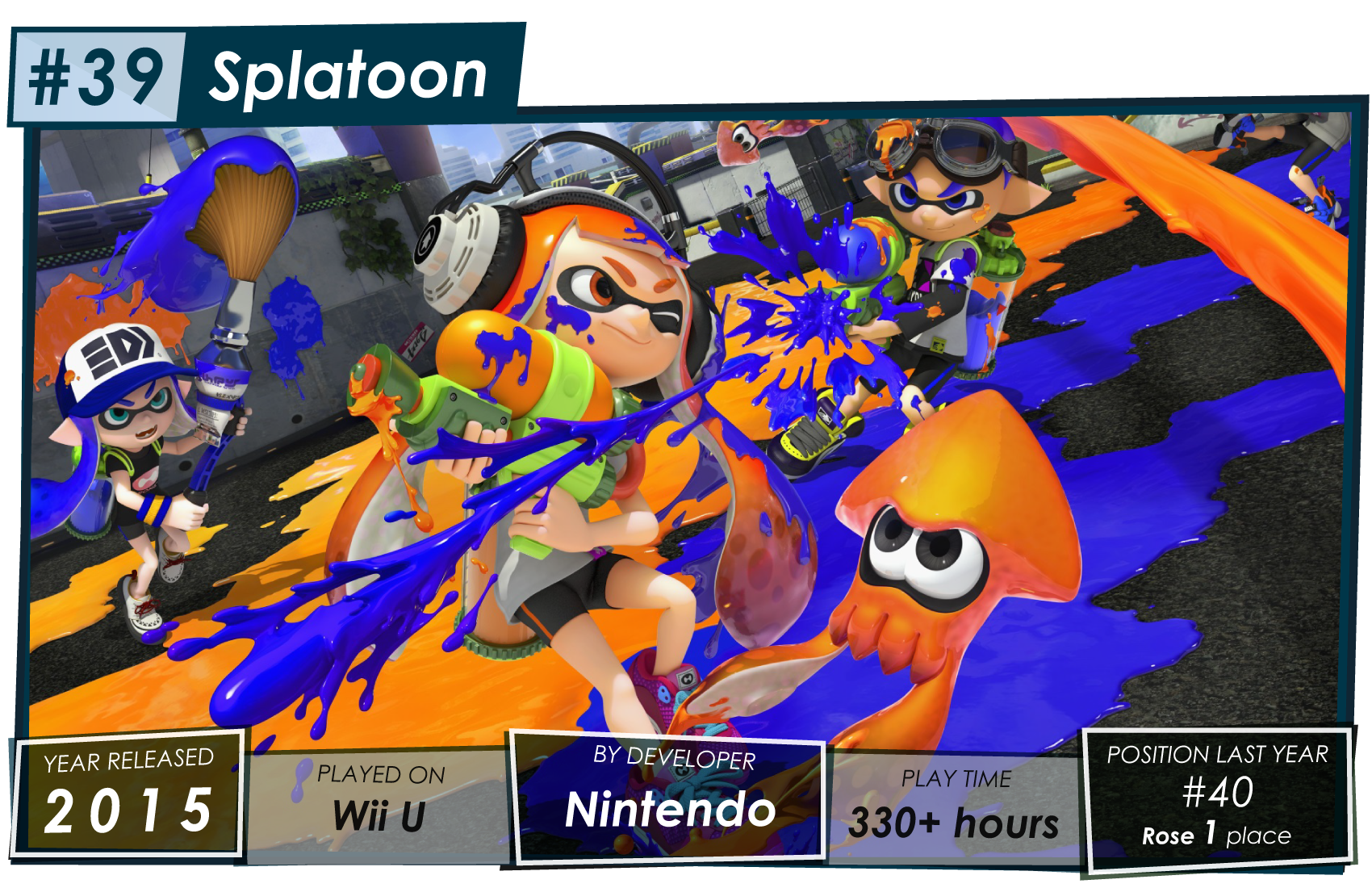 Splatoon. It's a good game, isn't it? This felt so fresh in the world of competitive shooters, it has such unique mechanics which make the gameplay feel really inventive and awesome. I love it. It was awesome back in 2015 and to this day it's... umm, well, there is a sequel which is better in just about every way and makes this one really obsolete. So, when looking back today, Splatoon should by all means have been gone from this list, but there's one reason it stays up here and that's because of that final boss. That boss was easily one of the best fights I've seen in any game, and it single-handedly keeps Splatoon 1 relevant enough in my mind to make the top 40. Those spicy wasabi beats were just too awesome.