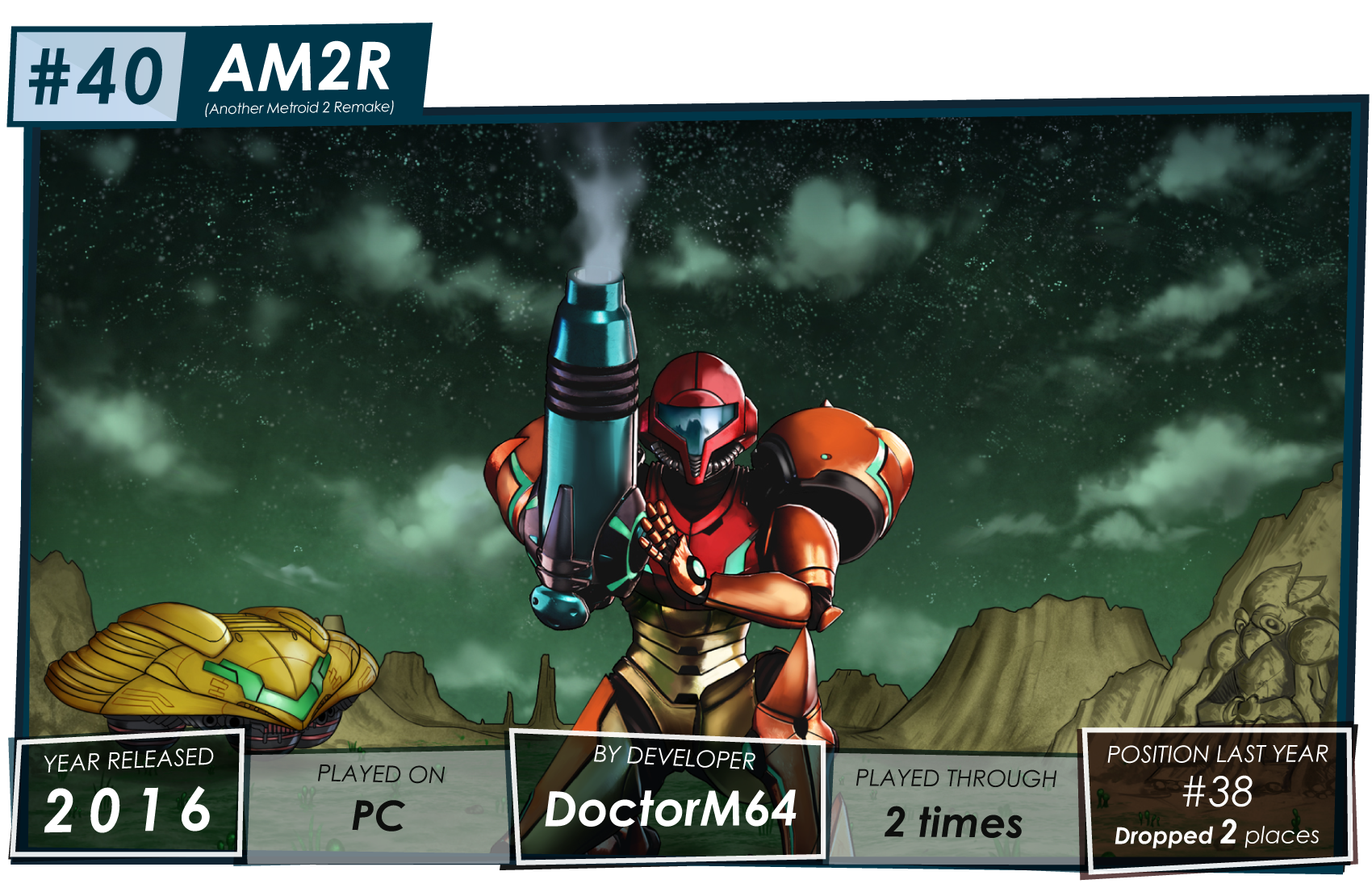 The work of (mostly) one single dude for like 10 years. AM2R might've been taken down, but nothing ever really gets taken down from the internet, and to this day it is the best way to experience the second chapter of the Metroid story - the official remake, Samus Returns, is also a fantastic game, but it changes a lot from the original game and ends up feeling less authentic as a result. AM2R is the exact opposite: it takes the original Metroid 2 and enhances upon it in every way, adding some new areas, bosses, power-ups, mechanics, and more, but still keeping the same core ideas of the old game. The only way in which Samus Returns is more faithful than AM2R is in the soundtrack, the official remake doing a lot of work with those weird beeps of the Game Boy original, whereas AM2R opted to ditch them in favor of a more melodic soundtrack consisting mostly of rearrangements of other songs from across the series. Maybe that changes the atmosphere a bit, but we got a lot of great Metroid remixes as a result of it, so I'm not complaining - I wouldn't say it's my favorite soundtrack in the series, but when I just wanna casually listen to one, this one's always right up there. This game was really good, and it's so awesome that this one guy making it for so long, for no profit, got hired by an actual game developer - and now that we've seen the results of that, it just makes it even better. More on that later, though.