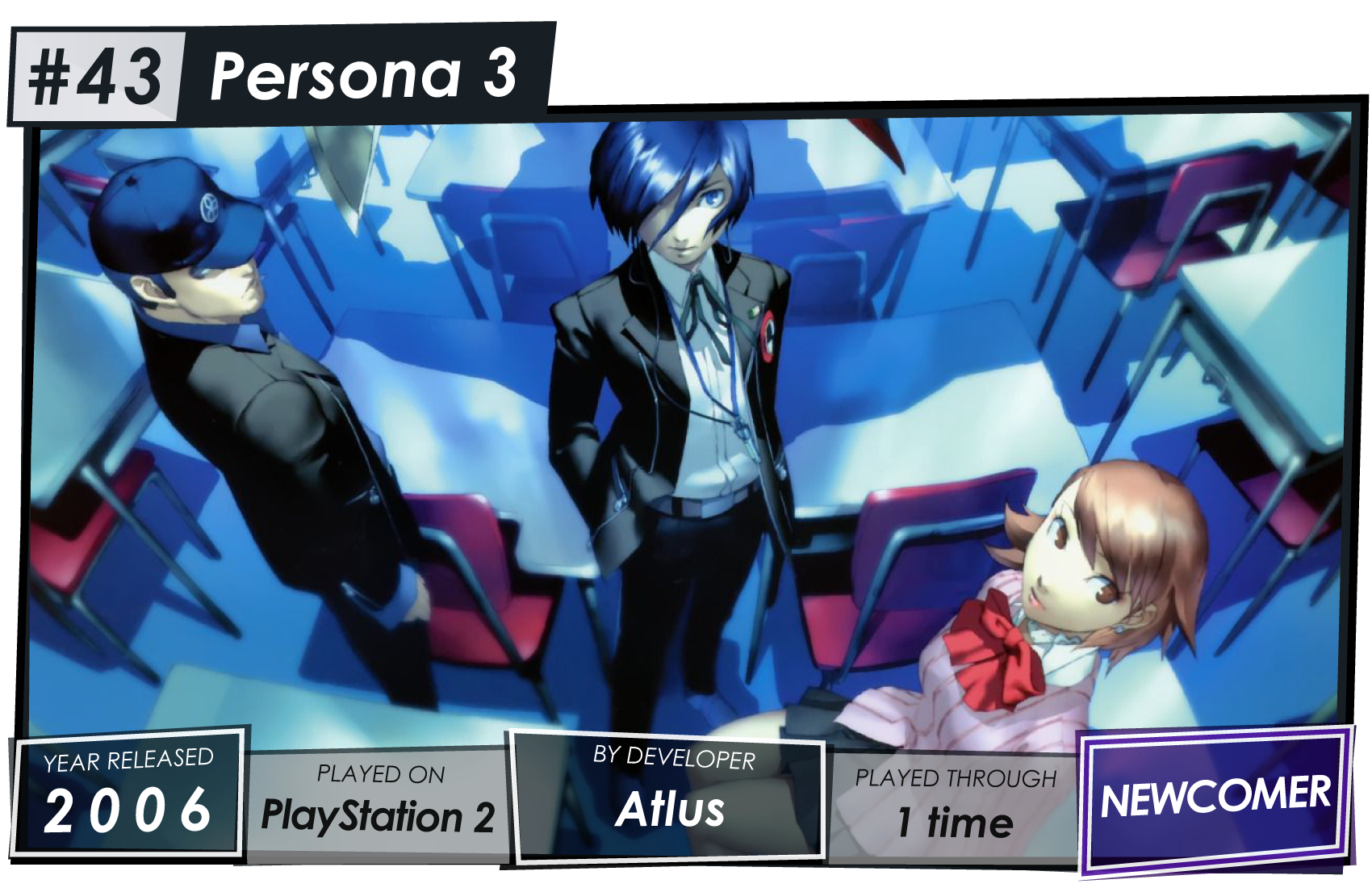 So, the next newcomer in this year's list is the very first entry in the Persona series, Persona 3. I started playing through this game in December of last year, and couldn't get into it. Thought the beginning was too slow, the pacing was terrible, and overall just couldn't find anything to keep me going, but I kept forcing myself to play it until I eventually... gave up. But then, about a month after giving up, I decided to give it another chance, and then did manage to get into it - the story got significantly more interesting when that character shows up, and from then on it only gets better and better, building up to an incredible final act.

The thing is, I still don't think this is a great game. From a gameplay perspective, it can be quite boring, and it hasn't aged well. Some battle mechanics are particularly questionable, but everything outside of battle is only worse. The story, while very well written, has really poor pacing and makes the whole first third of the game feel like a slog - and even in later portions of the game, the massive chunks of nothing that take place in between major plot points is really jarring. There are many things that hold this game back from greatness, but still... Looking back at it now, I think this was a memorable and valuable experience. It didn't need to be the best game ever. It was iconic and unique, and sometimes that's all it takes.