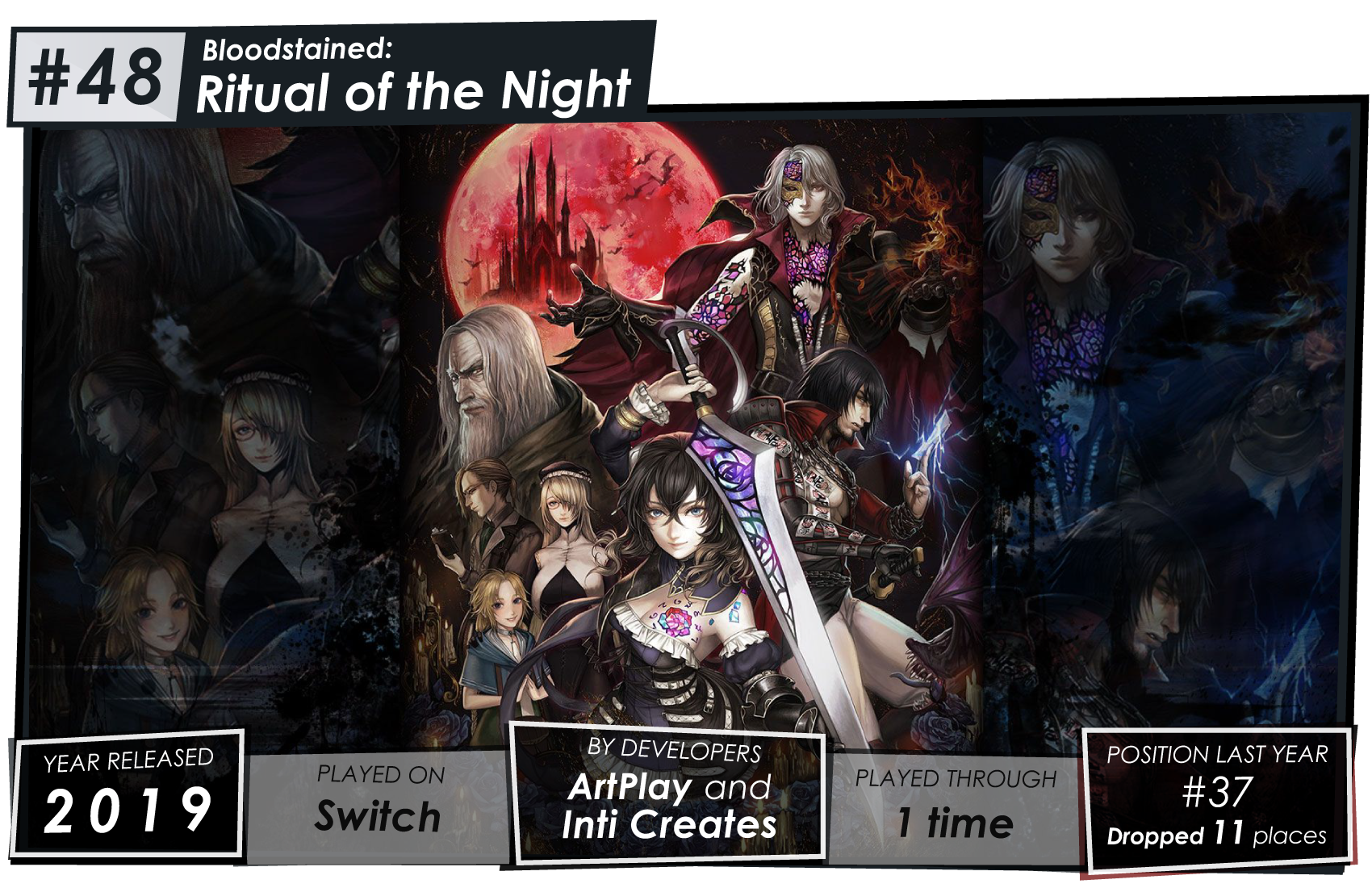 Bloodstained had one of the steepest drops on this year's list. It's a shame, but it was inevitable. This game was really fun back when I first played it, but since then I've never felt like going back to it. It's one of those games that start really strong, the opening is really awesome, but the deeper you get into, the more you find yourself questioning what the point is. I think this game's biggest flaw, and it happens in the back half of the campaign, is how random and nonsensical the world map begins to feel. This is supposed to be a game about exploring a castle, and it sure starts like it, but go deep enough into the game and it starts to feel like a completely generic game filled with completely generic areas. You got the desert zone, the lava zone, the ice zone, none of them feel like they belong in the castle that they're somehow in. This isn't the sort of thing that stops a game from being fun, but it does take away from the experience, makes it feel like just a videogame for fun and nothing more. Dunno. Guess I just don't like Igavanias as much as other games in this genre (the whole leveling up thing and grinding for items is... ehh), but this was still a great game I'd like to replay someday. Maybe on PC, I don't want the 30fps experience again.