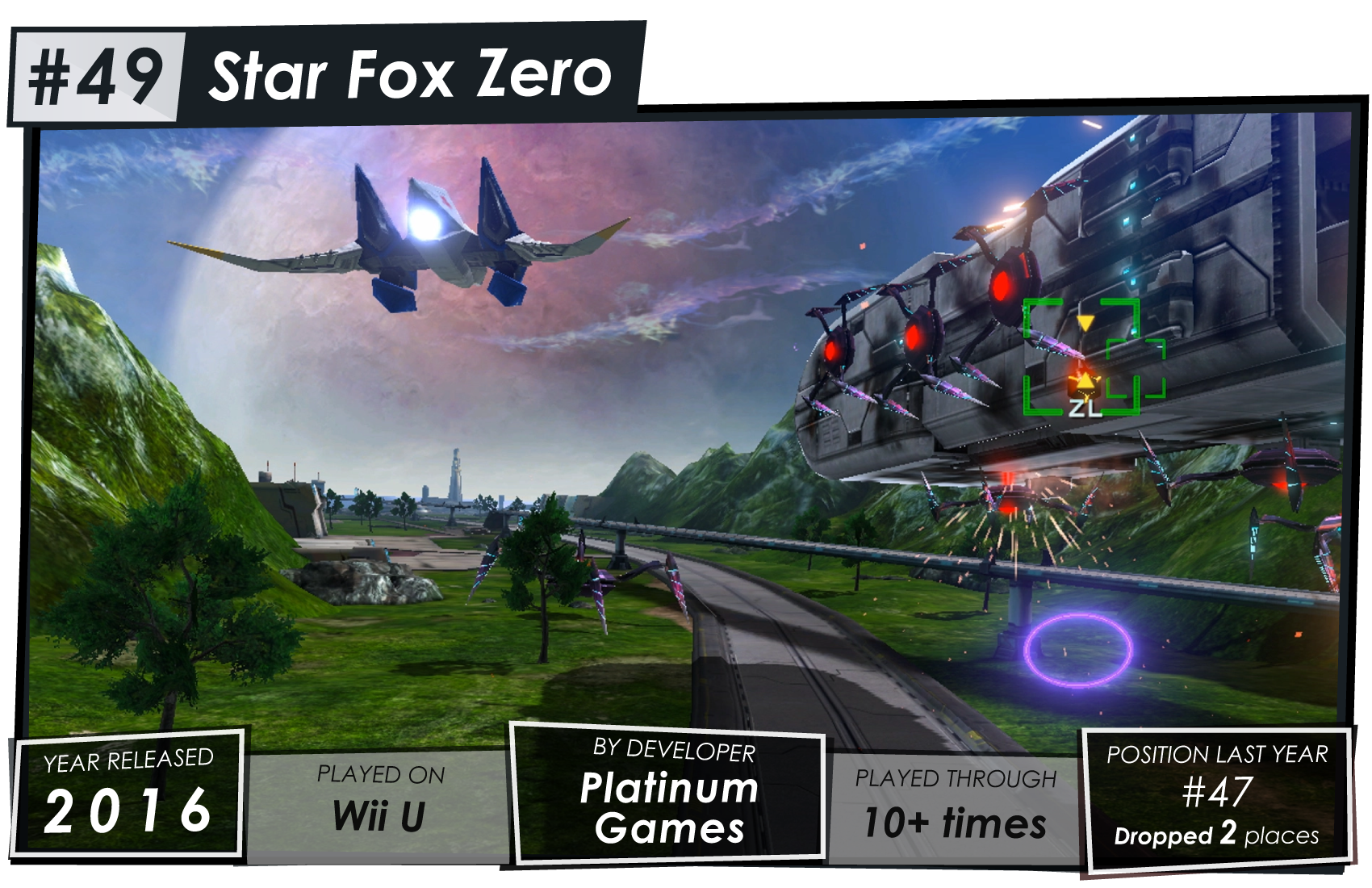 I feel like I've nothing left to say about this one after all these years. I haven't gone back to Star Fox Zero in a very long time, and it's beginning to feel like a distant memory at this point. The more time passes, the less I remember what I liked about this game, so it feels kinda inevitable for it to fall off my list soon. Who knows. I do remember my first playthrough of it, it was a complete blast, but after that one night I don't remember many good times with this game. If anything, it deserves some respect for re-establishing Star Fox as an IP, back to what it should be after its identity crisis in the 2000's. On a purely artistic level, I like the direction it took the franchise in, and think it did a good job at retelling the original story... again... But it's a shame the game had to be stuck under Miyamoto's gimmicky vision, especially at the hands of such talented developers. I really think the series could've taken big steps forward following on from this game, but it's starting to feel more likely that we'll get another reboot in some 9 years. Oh well.