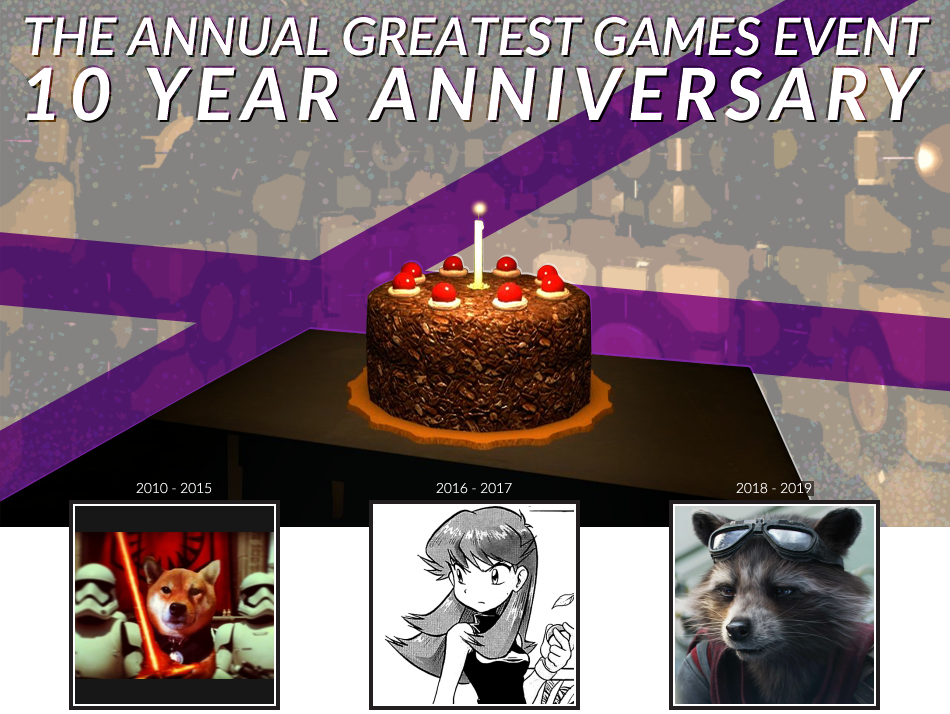 Alright, it's finally here! While we're all eagerly awaiting this year's Greatest Games Event, let's all take a moment to celebrate, because the event is 10 years old today (they grow up so fast!), and we're celebrating in the only way we know how: by making a massive thread with a lot of pointless information!

I've compiled two big old lists for this celebration. First, we have the top 100 highest ranked games across the whole decade (!!!), determined by their average ranking across the years. The other list is even more awesome, it being a compilation of all the users who have entered the event and helped make it what it is - it's like our little Hall of Fame!

Alright, let's cut to the chase. Here's VGC's 100 highest ranked games, as ranked by hundreds of users across the whole decade: