What does "full RDNA 2 feature set" mean?
Which one of the listed RDNA 2 features does PS5 not have? And who decides what full means between custom chips that have unique properties that the other doesn't have?

Seems like standard PR here, where MS are playing off the fact that only AMD call theirs straight up RDNA2, while Sony and MS call theirs RDNA2-based.
And in this case they may just be referring to the DirectX part, since that's Microsoft's technology. Because we know PS5 has hardware accelerated raytracing.

The teardown and deep dive video's both says that PS5 is RDNA2 based. 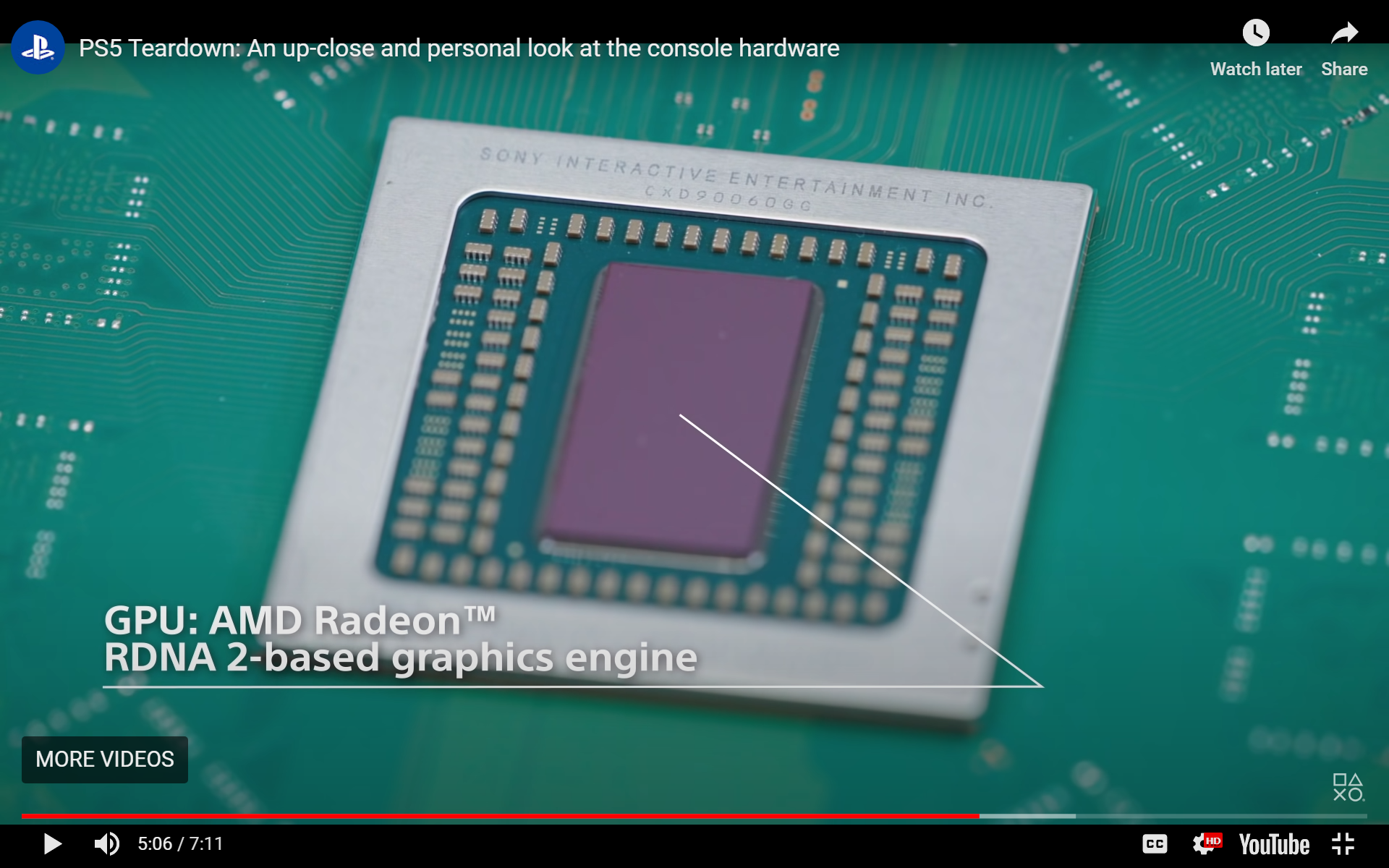 There are a too many differences between PS5 and XSX that can lead to different power consumption to jump to conclusions about a baseless rumor. Sony would be the last to want to cut the generation short, with the amount of software they're selling. 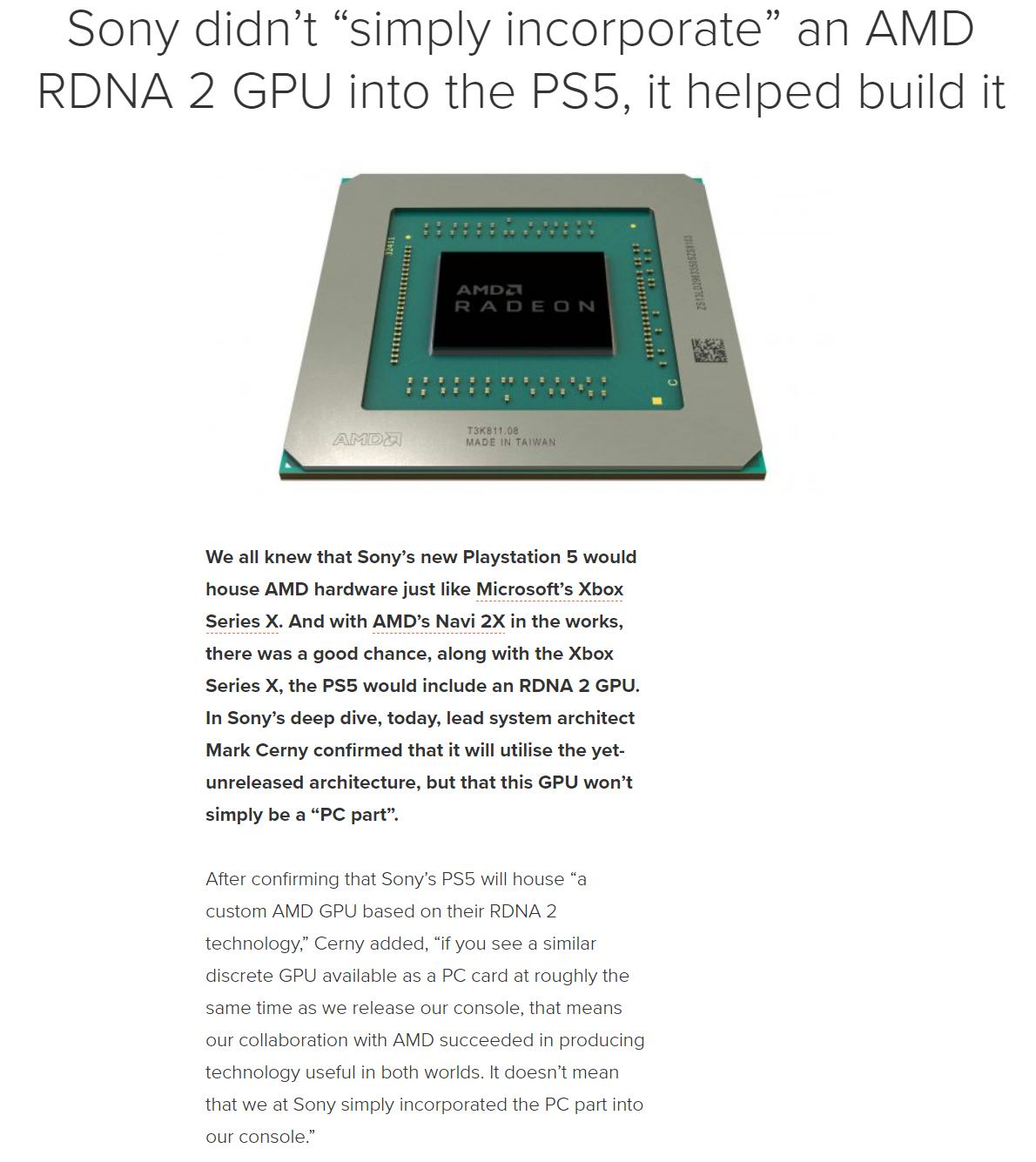 So the idea that they'd somehow miss out on something they developed together sounds extremely unlikely.

I think the reason people got confused is because these chips were designed while AMD were still working on their PC mass market RDNA2. So in that sense both Microsoft's and Sony's solutions could be called RDNA 1.5. Not because they are inferior to RDNA 2, but because they are custom, different, and finalized around the same time as AMD's PC version. (Al three launch in the same week of November.)

But because 99.99% of people will look at 1.5 and think it means something negative, Sony and MS would want to call them RDNA2 based.