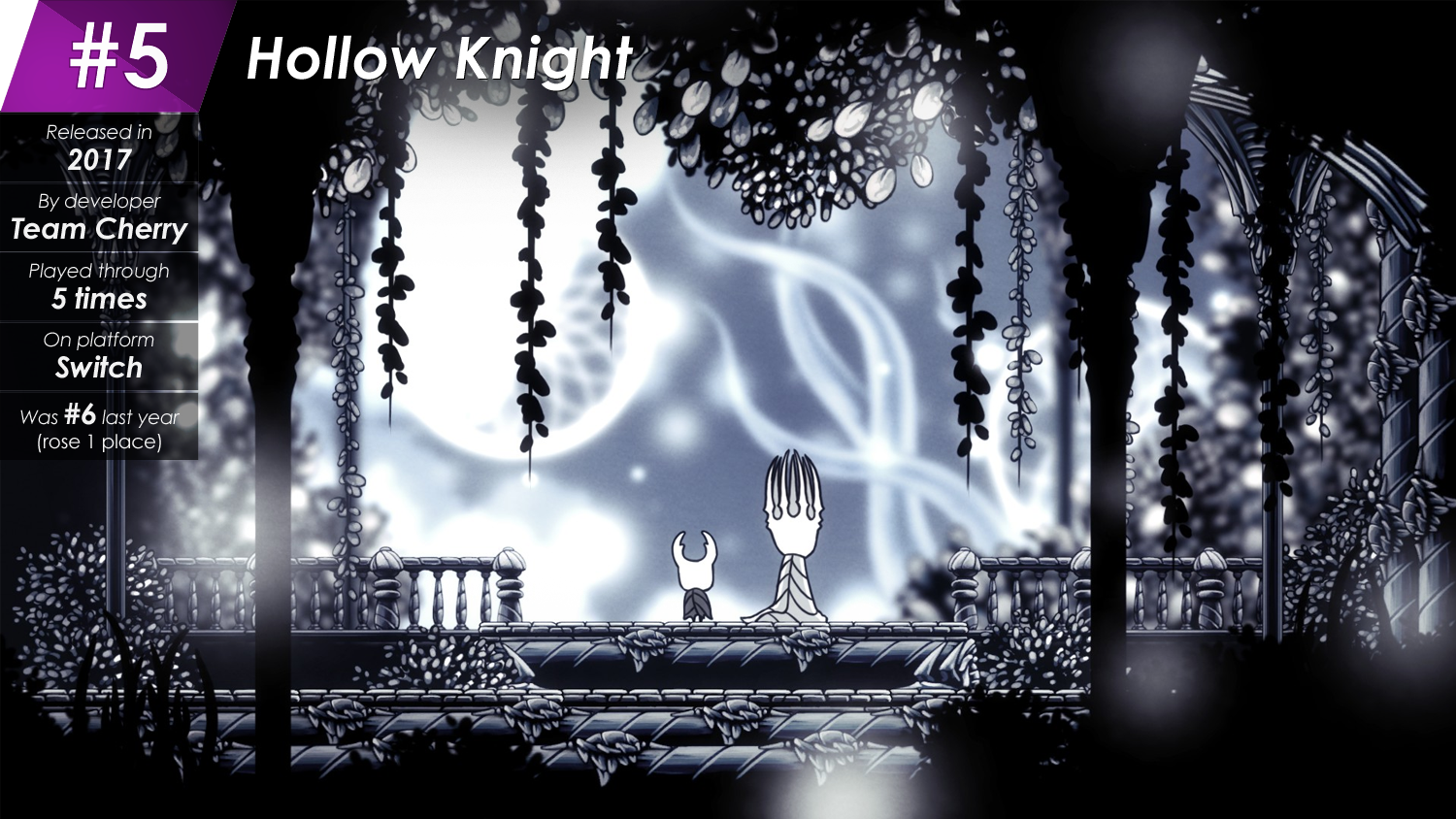 From the moment you boot this game up, you can immediately tell you're in for something really special. The first piano notes in the title screen; the intriguing and somewhat scary opening cutscene; the first steps you take in the game's tutorial area, crafted in a beautiful way that both teaches the player how to play the game and simultaneously serves as an opening credits, while still remaining gameplay-focused first and foremost. You immediately understand what Hollow Knight is all about: it's a dark setting with a strong atmosphere, it'll have an interesting story you'll have to uncover for yourself, it's got exploring and platforming as well as combat, and more importantly, it's the kind of game that'll always show, not tell. It's up to you to learn how to play it, it's up to you to understand what's going on in the world, it's up to you to decide where you'll be going and what you'll be doing, at all times. Many games can have a hard time encouraging the player to continue playing if they give no clear goal or objective, but Hollow Knight strikes that perfect balance in its gameplay loop that keeps it engaging and interesting even when you've no idea why exactly you're doing anything.

In an attempt to collect all of the game's achievements, including stuff like speedruns and hardcore mode, I've replayed the game several times now, and it hasn't gotten old - no matter how much I play it, it remains just as exciting and fun as ever. If there is one issue I have with it, it's the one achievement I haven't obtained: the boss rush challenge that was added in the last free DLC, which requires you to beat stronger versions of every boss in the game one after another. It's a stupidly hard challenge, and there is some important lore locked behind it, meaning you can't just ignore it. Well, you can, and I have, because I'm not down for that shit, but it is frustrating that you're missing out on meaningful content just because you don't feel like grinding boss battles for dozens of hours.

Other than that stuff, though, yeah, it is a perfect game. I love pretty much everything about it, but if there's one thing I have to say was the main factor in bringing it so near the top of my list, it's the story. I love how dark and creepy it gets when you start going deep into it, and I love how it keeps the motivations of just about every character, including yourself, pretty hard to judge: there's no real "good vs. evil" here, as much as there is a "we vs. them" kind of thing and even after beating the game five times, I still find myself thinking maybe the "we" in the story aren't very nice either - though, to be fair, the "them" definitely aren't. In a way, it makes you scared of yourself, and that's just awesome.

It's a masterpiece, plain and simple.