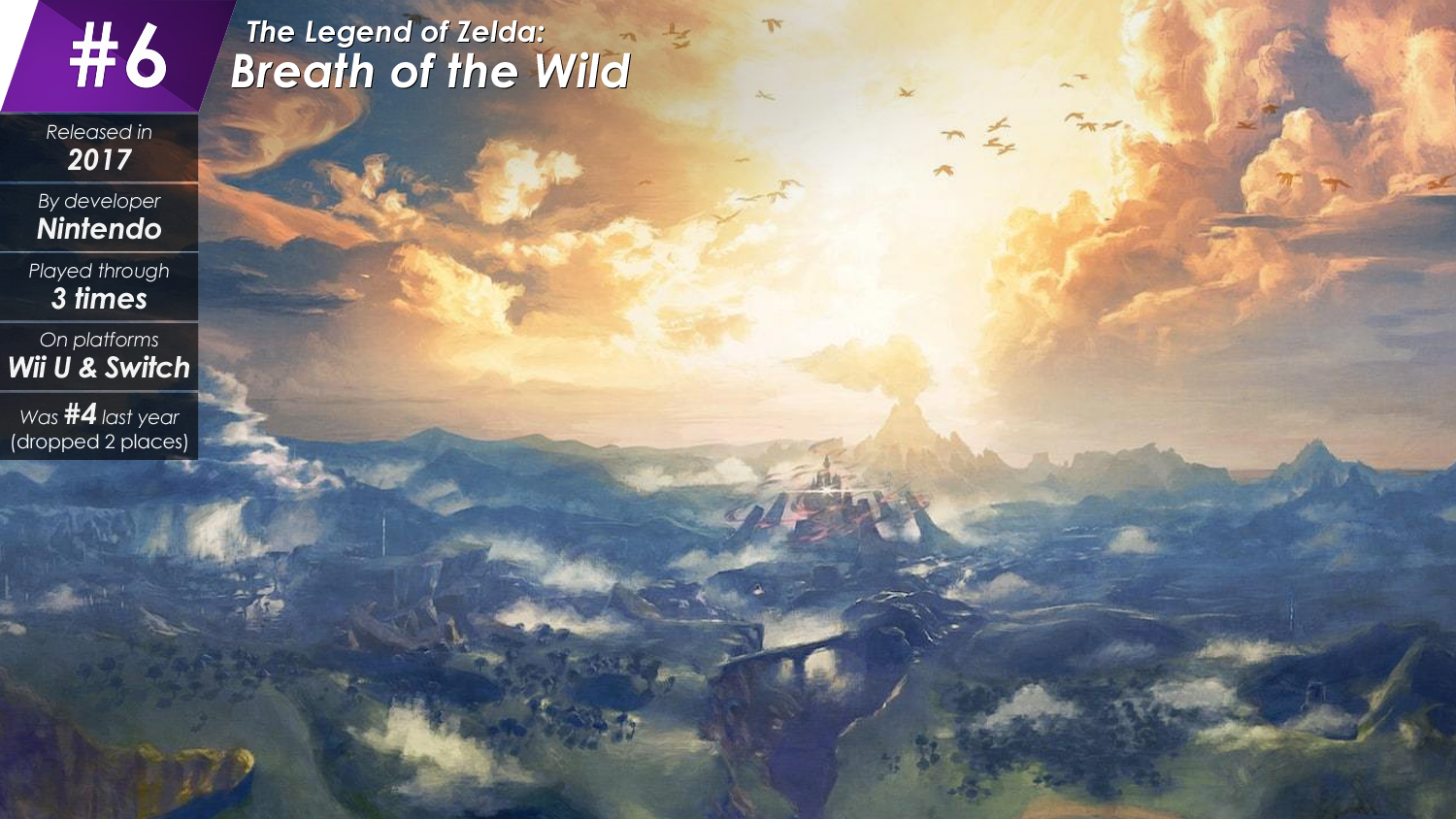 I have a new story about this game. It was February 2019, I had just replayed Pokémon White and White 2, and was now replaying Y. During this playthrough, I bought myself a physical copy of Breath of the Wild, and was looking forward to replaying it on the Switch - however, I told myself not to do it until after finishing Y, because otherwise, there's no way I'd get back into Pokémon, because Zelda was just so much more awesome, right? So, yeah... the opposite happened. I couldn't think of anything other than Pokémon Y after beating it, and Breath of the Wild felt so tame in comparison. The "whatever" feeling I thought I'd have playing Pokémon, came while playing Zelda. That's the story.

It's just the reality of Breath of the Wild in this day and age. The feeling of wonder and excitement that was so strong in the first playthrough dissipates near entirely when trying to replay it, and the whole experience gets duller and duller the more time you spend with it. It's actually an issue I have with every open world game, actually. Eventually, it just gets to the point where it's hard to care, but Breath of the Wild is particularly bad at this, because of how the game is more fun to play when you have fewer tools - meaning the opening Great Plateau area is always a blast, and from then on the later areas keep getting progressively less interesting until you're so overpowered that nothing matters anymore. Then, the issue is amplified by the game having a trash ending, meaning that even if you were to attempt a crazier playthrough where you go straight for the ending and ignore everything that'd make you too strong, it's still boring because the act of beating the game itself isn't exciting at all - though, to be fair, exploring Hyrule Castle sure is.

Still, the memories I made during the first playthrough will stay with me forever. Going through this new version of Hyrule was a true breath of fresh air, with it feeling simultaneously nothing like the earlier games and also exactly like it should've always been. Every new area, every new discovery was always exciting to uncover, and the gameplay itself was always so much fun. The Divine Beasts and Champions and Guardians and all that stuff made for a really cool setting, too, that was unfortunately not explored enough as the dungeons lacked variety and the final boss was a massive disappointment. But, Breath of the Wild was as groundbreaking as it was important for the Zelda franchise, and I can't wait to see what more they have in store for us with the upcoming sequel and other future entries.