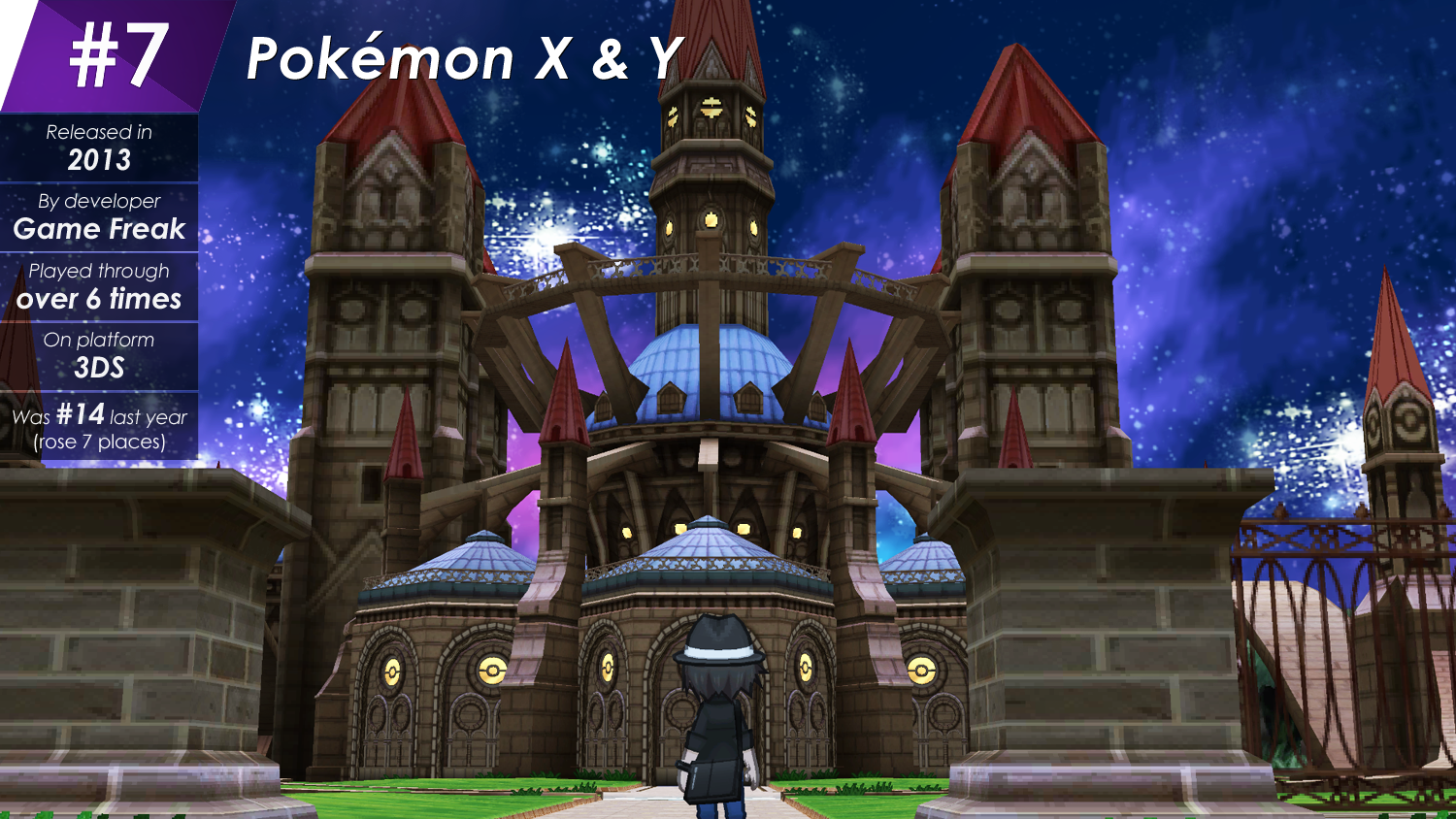 "But, Mr. Zuzek! That's like, the worst Pokémon game ever! It doesn't even have an improved third version you can waste your money paying for!"

Calm down, people. Of course I don't like Pokémon X & Y, putting it here at #7 is just a joke. I mean, obviously no one could possibly like this game. What even is there to like? The insanely amazing soundtrack? The awesome roster of new Pokémon? The cool all-new Mega Evolutions? The gorgeous Kalos region? The colorful cast of characters? The amazing quality of life improvements, like the streamlined menus, and vastly improved breeding system? The faster and more dynamic battles, featuring 712 different and fully animated creatures? The intuitive online system which is still better than any other game in the series before or after this?

"Hmm... I mean, to be fair, all those things aren't the worst in the world. But man, that story sure sucked! You could immediately tell Lysandre was a bad guy, so obviously the whole story fell flat! After all, any story should always be measured only for its plot twists!"

Okay, but seriously now. I've written a lot on Pokémon X & Y earlier this year. This game is seen as a dud by the majority of the Pokémon fanbase these days, and as much as it has always remained my favorite in the series, I had begun to accept it wasn't as amazing as I used to think it was. Then... I played it again. And yes, it is absolutely every bit as amazing. At a +7, this is by far the most improved a game has been on my list this year, and for a +7 to happen this near the top of it is unprecedented. I had been constantly dropping X & Y lower and lower every year since the beginning of this, and for that, I'm sorry. You're awesome, game.

I think the thing I most wanna touch on with this game - and no, for once it's not the fucking awesome soundtrack - is the story. X & Y have long been maligned for having a predictable story with "unrelatable" characters. But... honestly, it's the most relatable story of the bunch. Your closest friends might not be the most interesting characters ever, but, they're like real people - some of them get better, some don't, some don't care, and some are just goofing off on the side. You don't really care if your closest friend loses 100% of the time against you in Smash, because you still both like Smash and that's enough - well, that's how it feels with the friends from X & Y. But really, what gets me most here is the antagonists. People think they're unrelatable because they just wanna kill everyone, but, that's not really how it is. Team Flare and Lysandre's goal is to kill everyone, yes - because the planet is suffering from overpopulation, and filled with dumbasses who will drain its resources in no time. Sound familiar? Yeah, that's planet Earth, people. We're fucking it up. There's too many people, and worse, too many idiots in charge who don't give a fuck about the well-being of anything or anyone. Lysandre isn't just some asshole looking for revenge or slaughtering for fun - he even shows sadness in the game, because it's a regretful thing to do and he knows it, but still follows along because he wants to preserve the planet first and foremost. I'm not saying he's not a bad guy, but as a villain he is relatable, and brought about a story with values and morals that are even more relevant now than they were when the game released.

Nowadays, that's all that's happening. Terrorism everywhere. The Amazon is being burned to death. Global warming is getting worse with no end in sight. We all see these things in the media, and we all want to change it, but the reality is that our society dictates only a few select people can change it, and those select people are a bunch of dicks who don't give a flying fuck. Things are not going to get better, they're only gonna get worse, so yeah, Lysandre was right. Take that, X & Y haters.