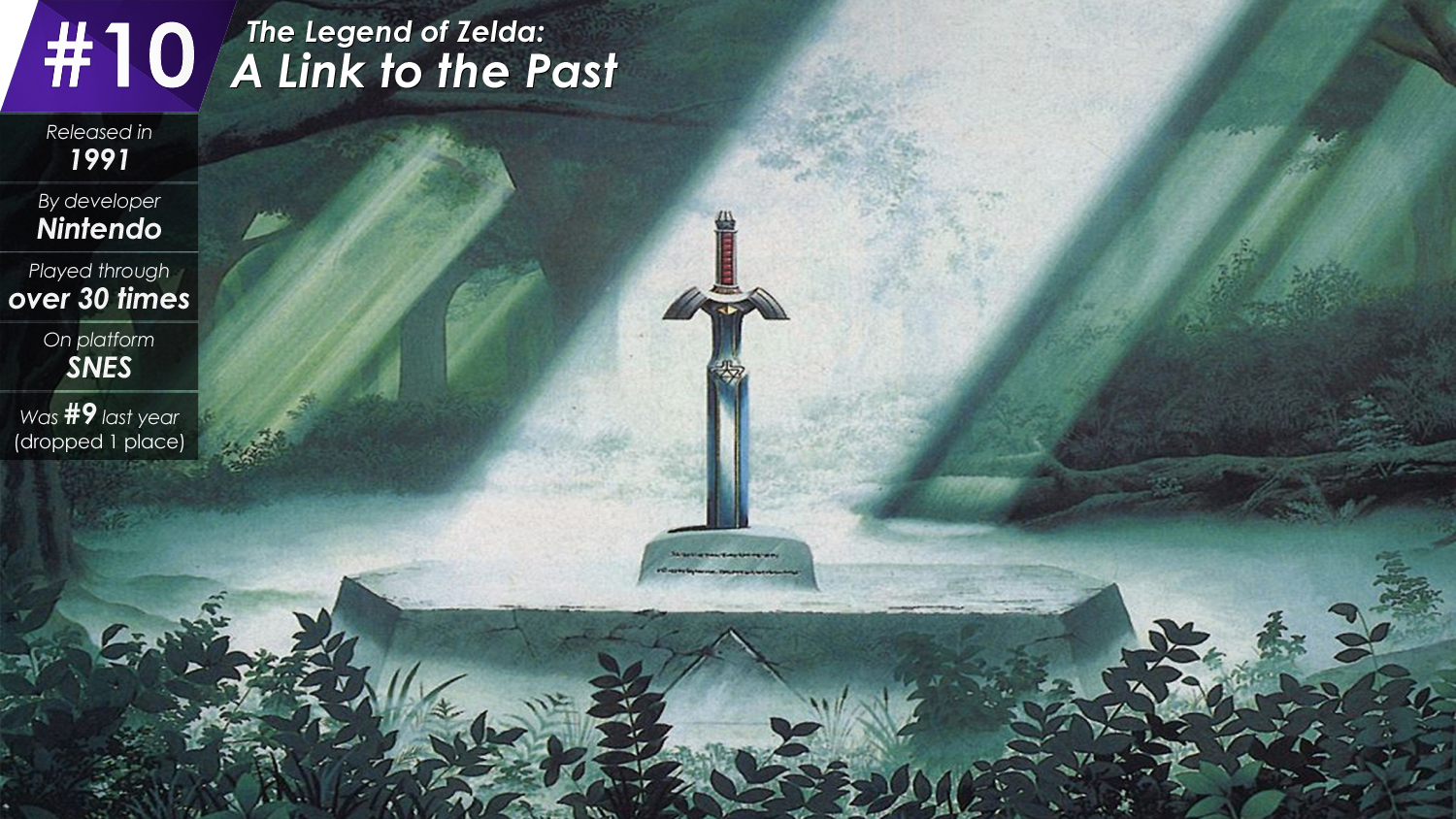 One of my favorites in my childhood, but one I never got to beat. Since then, I had a long, Nintendo-less decade or so where I only played games on other consoles, but eventually, this one brought me back again. I finished A Link to the Past for the first time in January 2011, and that, then, was the beginning of my inner Nintendo fan's resurgence. It had always been in there, truth be told, but when you have an older brother you tend to just think like he does, and if he dislikes Nintendo, you end up disliking it too. Ironic, because it was his fault I never got to beat this game as a kid.

As my sort-of first Nintendo game, I learned many things from it, but the greatest lesson it taught me was - if you play a game too much, you're gonna get burned out. I played through A Link to the Past countless times since then, getting 100% on multiple occasions and even having a go at amateur-level speedrunning (that is, that one time where I beat the game in two and a half hours), and it got to the point where I have a hard time ever getting excited to play it again. Still, this game will always remain important to me, as it was my go-to childhood adventure, and ultimately also brought me back to Nintendo full time. It's also one hell of a good game I can barely find a flaw in.

Every game on my top 10 this year has either been my #1 favorite at some point, or come damn close to it. Stacked as it is, there is no more fitting game to open the list.