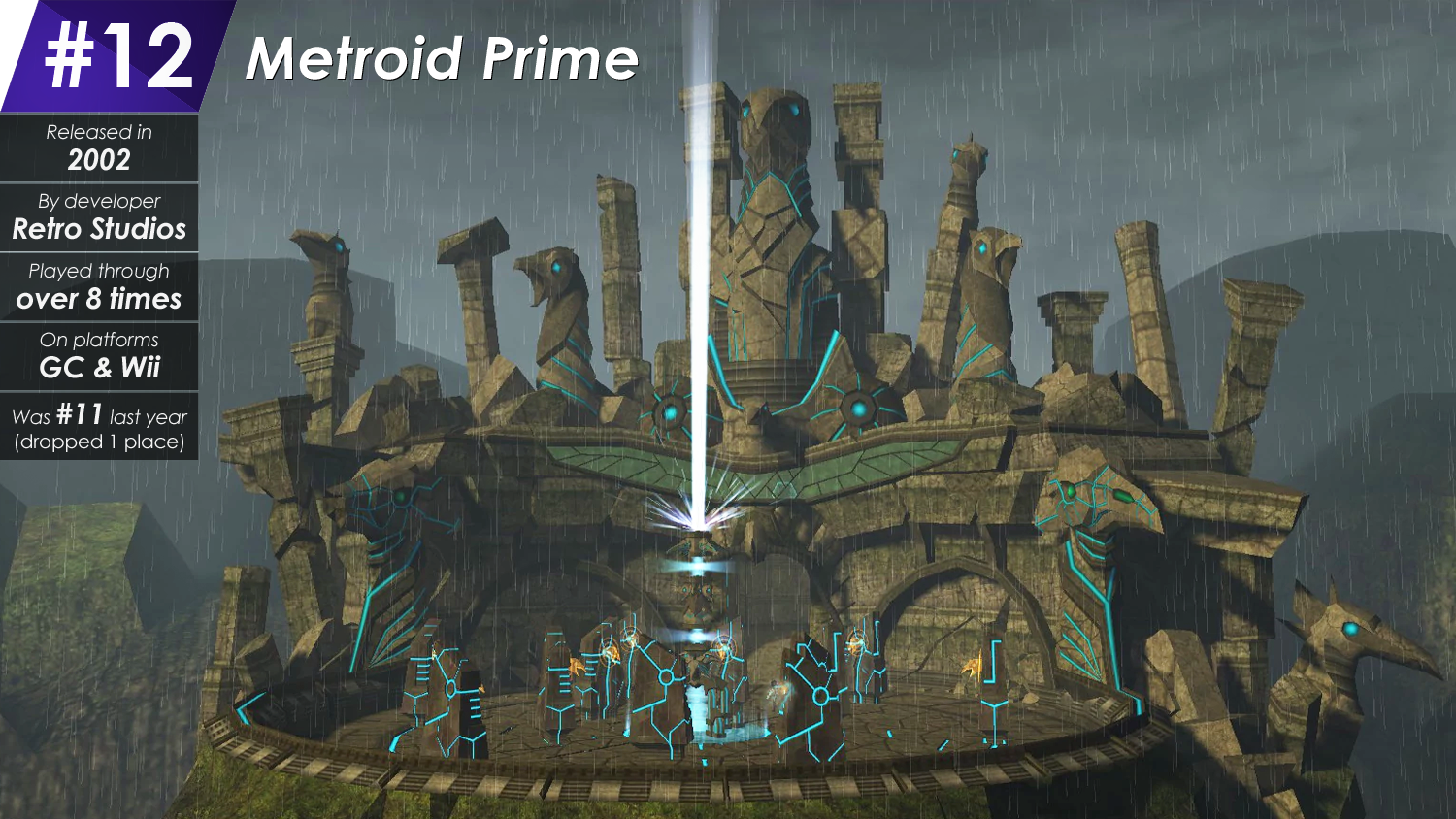 There's been a lot of concern over Retro Studios in the past few years, given how long it's been since their last release and all the supposed turmoil they went (or are going) through, and despite confirmation that Metroid Prime 4 is being made by them, it's still hard not to worry about them. We've... been there, haven't we? Retro has always had a rocky history internally, and at no time was this more obvious than during the development of their very first game - they had 5 projects cancelled in order to focus solely on Metroid Prime, a bold and risky new take on a franchise that had been dormant for almost a decade. Everyone was worried, and with good reason, but as has since become the norm for Retro Studios, the final product is always great. And, among all their great games, Metroid Prime remains their best work.

This is a game that simply does no wrong. Somehow, it didn't only successfully translate Metroid, a 2D sidescroller, into a first-person shooter of sorts - no, it actually enhanced the series' staple atmosphere of isolation even further because of it. Prime embodies everything Metroid was always about, moreso than nearlyevery game in the franchise - not in spite of the change in perspective, but because of it too. Being in first-person here doesn't just mean not seeing your own character, it means seeing Samus' helmet from inside, with all the HUD aspects of the game becoming diegetic, and loads of little details like steam or fog having effects on the visor's visibility. It's as immersive as it can be, and for a 2002 game the level of detail and graphical fidelity is actually astounding, even moreso when you realize the game runs at a smooth locked 60fps. Beyond just the immersion, this is also very much your typical Metroid world, filled with complex interconnected areas, power-ups to acquire everywhere, and many boss battles, a few of which are among my favorites in gaming. The only gripe I have with this game is that, upon replaying it, you begin to notice how the progression is mostly very linear, but in a first playthrough it does a great job at hiding that.