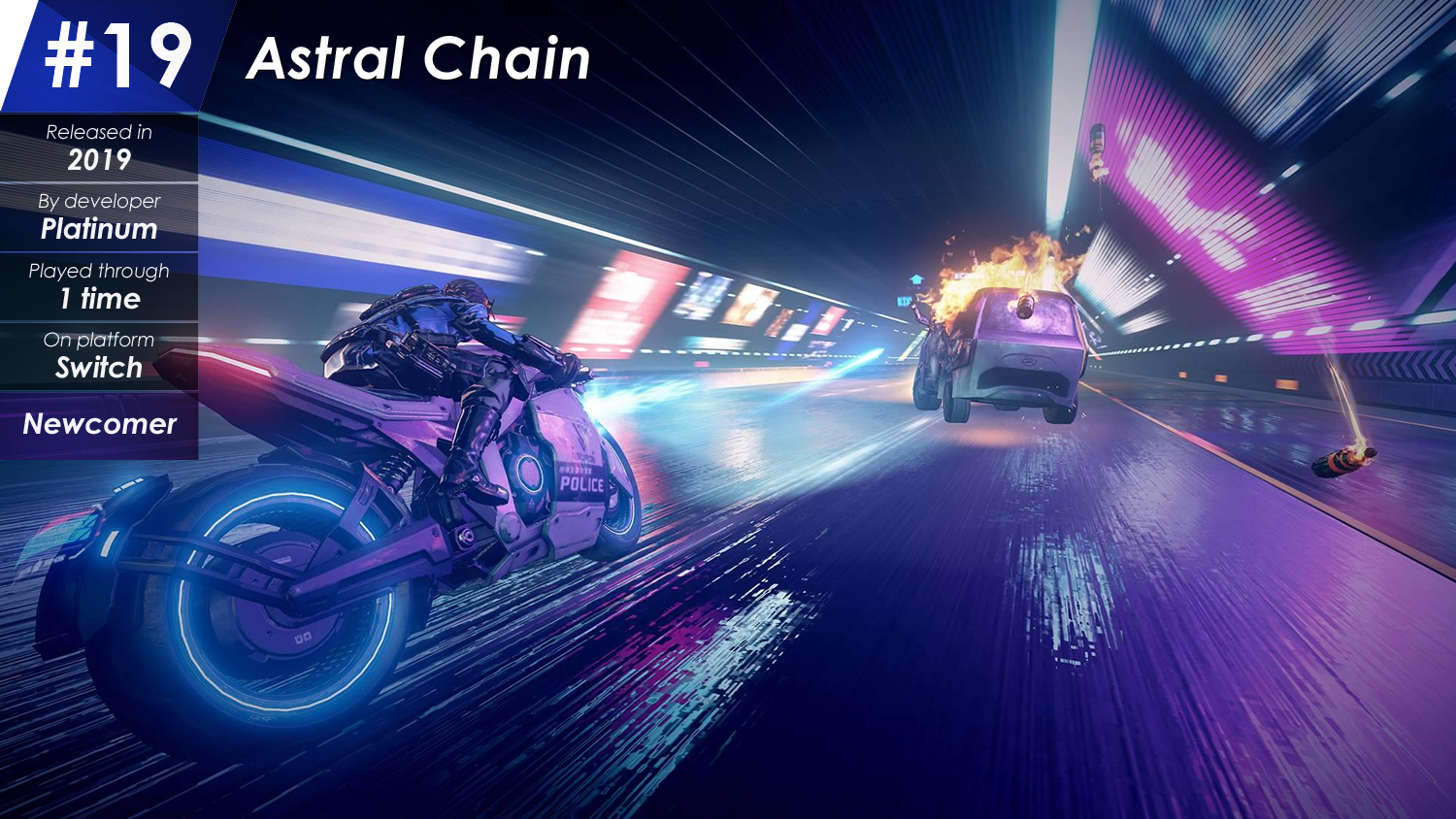 The name isn't just for show. Astral Chain is all about deep combat gameplay where you control two characters at the same time - yourself, and the Legion attached to you. However, this is one of those games, and one of those developers, that are simply not satisfied with just creating an interesting gameplay idea, they have to take it as far as possible. So, just as important as yourself and your Legion is the chain itself that binds you - knowing how to move it and where to place it is equally crucial to the gameplay, as you can stun enemies by binding them, propel charging foes back where they came from, or assign specific skills to it so it can electrify enemies and more. Every aspect of the combat in Astral Chain is insanely deep and rewarding to master, and though it sounds like something that would be really complicated and obtuse to play, somehow it actually is quite intuitive and doesn't take long to get a decent grasp of. Platinum Games magic, I suppose.

Beyond just the combat, though, these mechanics are also explored for puzzles and platforming challenges, as the game does foray a bit into different territory. There's a good bit of exploration here, as you start most missions by going around town looking for witnesses to give you insight on the case you're on. These parts are not quite the most exciting bits of the game, but they do serve to immerse and connect the player to this world, so to get a feel for the universe you're in instead of it all just feeling like videogame levels for you to kick monster ass. You don't come here for the story, and while the game knows you don't want a deep narrative, it knows just how simple to build the story while allowing for serious character motivations to develop - the whole thing ends up being really engaging because of how immediately interesting the characters are, keeping a steady stream of memorable new faces showing up while also keeping the frenetic gameplay always at the forefront. The soundtrack also excels at this, with a number of amazing combat music complemented by a few slower songs that bring you into the world; and visually, the game is simply gorgeous to look like, especially during battles, when the effects really ramp up and reward good skills with some serious eye candy, beyond the gameplay rewards themselves.

Really, it's all just excellent. Astral Chain is easily my favorite game of 2019, not that there was much in the way of competition, and I'm seriously wishing it does get the sequel Platinum wants to make... we all know who to blame if it ends up never happening.