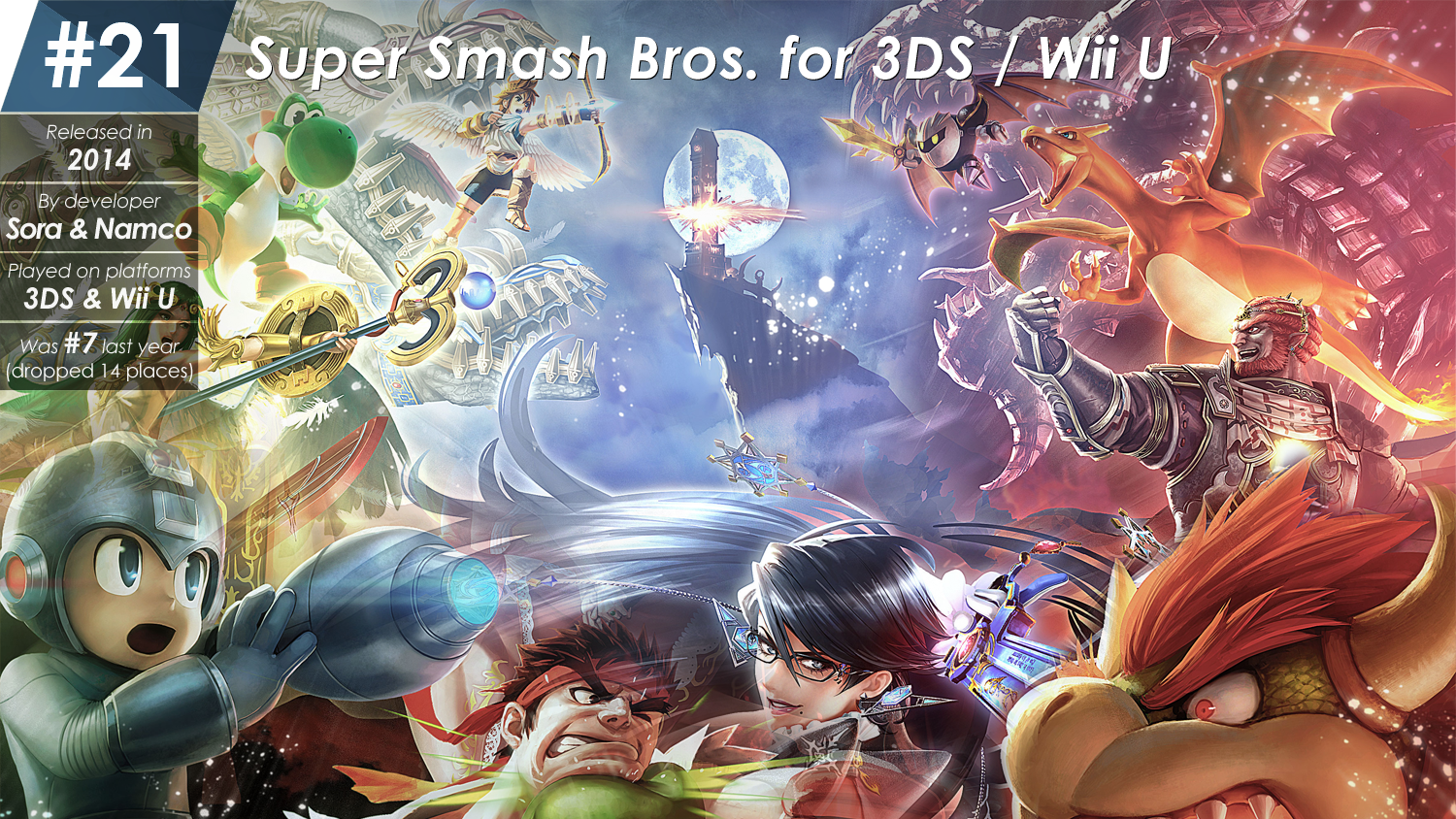 This is... um, it might be the biggest injustice on my list. 14 spots down from last year, outside of the top 20 - a game that was so important to me, a game that brought me new lasting friendships, took me to different cities, and brought many unforgettable memories. The truth is, I just didn't know where to put this on the list. With a new Smash being out, and being objectively a far better game, it was just hard finding where to rank either of them among the sea of single-player campaigns I have listed here. Multiplayer games are just a different kind of experience, and it's simply not possible to list them among single-player experiences without doing an injustice to either one of them. So, I'm sorry about this, Smash 4... I'll make up for it with as good a wall of text as I can!

I think you all know where this is going. Smash Bros. changed my life, and all that stuff. I got into the franchise with this entry, and through competitive play I met a lot of new people, some of which have become my best friends, and also traveled to several other towns to compete. You know when the NPCs in Pokémon games say that the battles are all about "getting to know each other", and you call it out for the bullshit it is? Well, I don't know about Pokémon battles, but in Smash it is very much that way. Playing this game with other people actually is all about getting to know each other - my most cherished memories of it are rarely those of the gameplay itself, but rather the moments I shared with friends and how the game brought us closer as people. That's what Smash is all about, and for all it brought me, I am very thankful. Booting Smash 4 up again might never be a thing I do regularly again, but even if the game itself will stay in the past, its legacy on me as a person will live on forever.

And for anything else that needs saying, well... Smash Ultimate is obviously coming further up the list. So, until then!