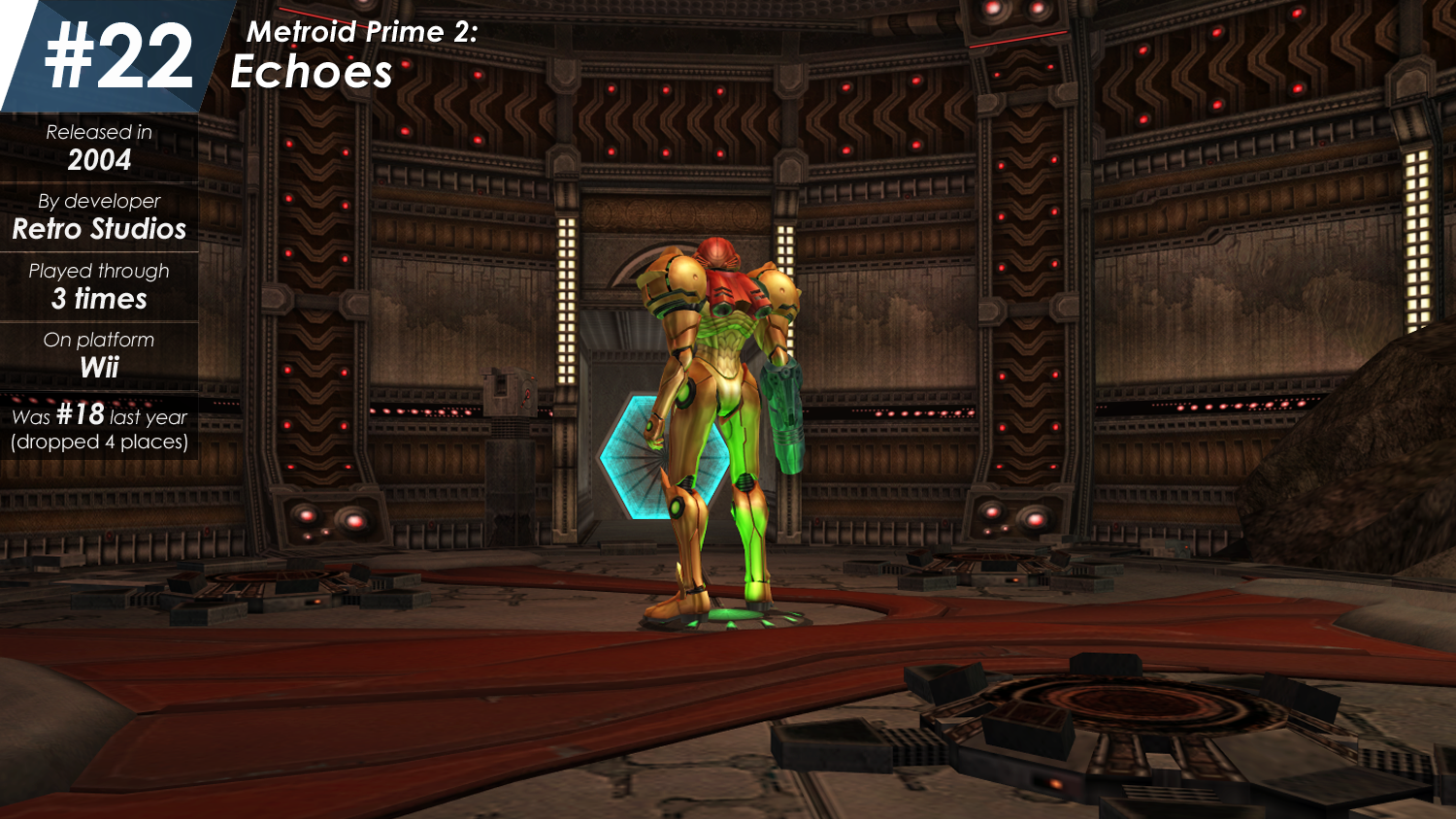 This is the best Metroid game, except when it's not. Prime 2 excels at building a really immersive world filled with interesting looking places - the art direction is absolutely stunning, and the world map is so deep and complex you're inevitably getting lost in its awesome locales for a long time... and that's great, but it eventually gets super annoying too. It's the game's biggest fault: it never knows when it's time to stop. There is such a thing as too much complexity in exploration, and this game definitely moves into that territory sometimes, most often when it forces you to enter the horribly obnoxious Dark World, filled with its annoying artificial roadblocks and loads of waiting (for very long periods) at light beacons to recover health. The whole place isn't balanced very well, really - I get that it was made to be scary, a place you don't want to be in, and I love it when Metroidvania games have areas with that sense of unease, but when you take it too far this is what you get: it stops being scary, and becomes just plain annoying. It's a shame, truly, because Echoes is otherwise a fantastic entry in a series filled to the brim with great games.