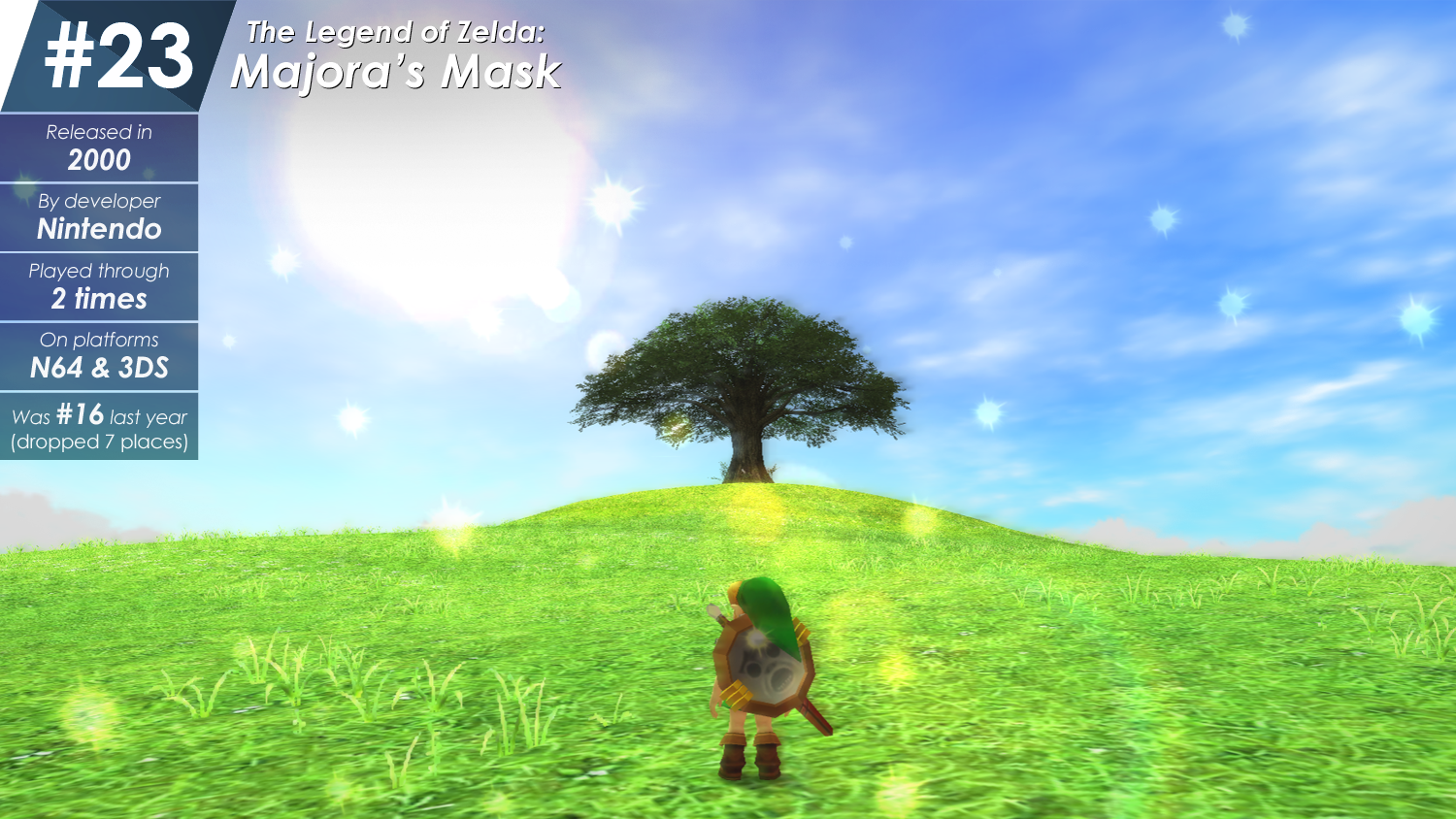 Majora's Mask has moved quite a bit down the list this year, and it's because, mostly, I just came to the conclusion that this game isn't for me. I've always rated it highly for the great game it is, and I still think very highly of it, but really, I've last played it when the 3DS remake came out and have never felt like going back to it since. There's something about its atmosphere, its story... it's really dark, and I just don't wanna go back there. In that sense, it's similar to Hyper Light Drifter, in that it does the heavy atmosphere so well it actually kinda turns me off. That said, I do appreciate a lot of what this game did. It had one of the finest Zelda dungeons (Stone Tower Temple), a deep story with lots of visible consequences among the huge side cast, a fantastic soundtrack, and loads of memorable moments. Majora's Mask is a fantastic game, but it can't be a favorite of mine like it is for so many people.