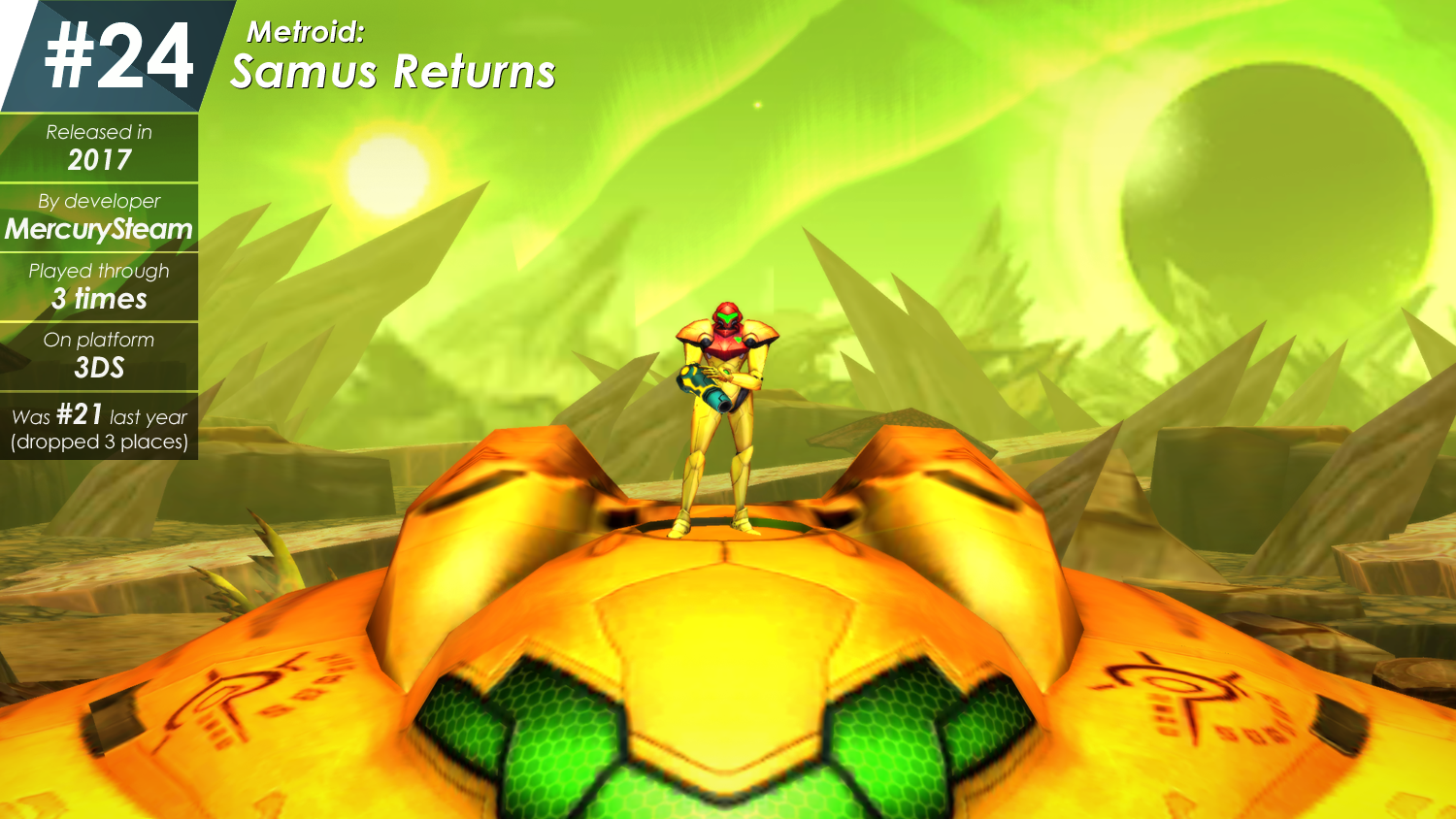 I'm gonna be honest here: I didn't expect Samus Returns to withstand the test of time. I thought for sure my opinion of it would go down after the initial hype, but here we are, 2 years later, and I still remember it so fondly. Definitely one of my favorite Metroid games, and the most fun version of Metroid 2, even if it is quite a bit inaccurate to the original game and its atmosphere. Yeah, in that regard does miss quite a bit of the original point of Metroid 2, but if you take it as a new game, which it almost is, it's a lot of fun and adds a lot of good stuff to Metroid - most notably, the 360° aiming.

But beyond the new mechanics and stuff, this game is just fun. It looks hella good for a 3DS game, with interesting detailed backgrounds that really pop out in 3D, and plenty to find and see. The general gameplay feels super smooth despite the game running at 30fps, the combat doesn't get too old despite it being extremely repetitive (one of those issues you think of more when you're not actually playing), and some of the new stuff really enhances the overall experience. Basically, what I want to say is: Diggernaut was cool.