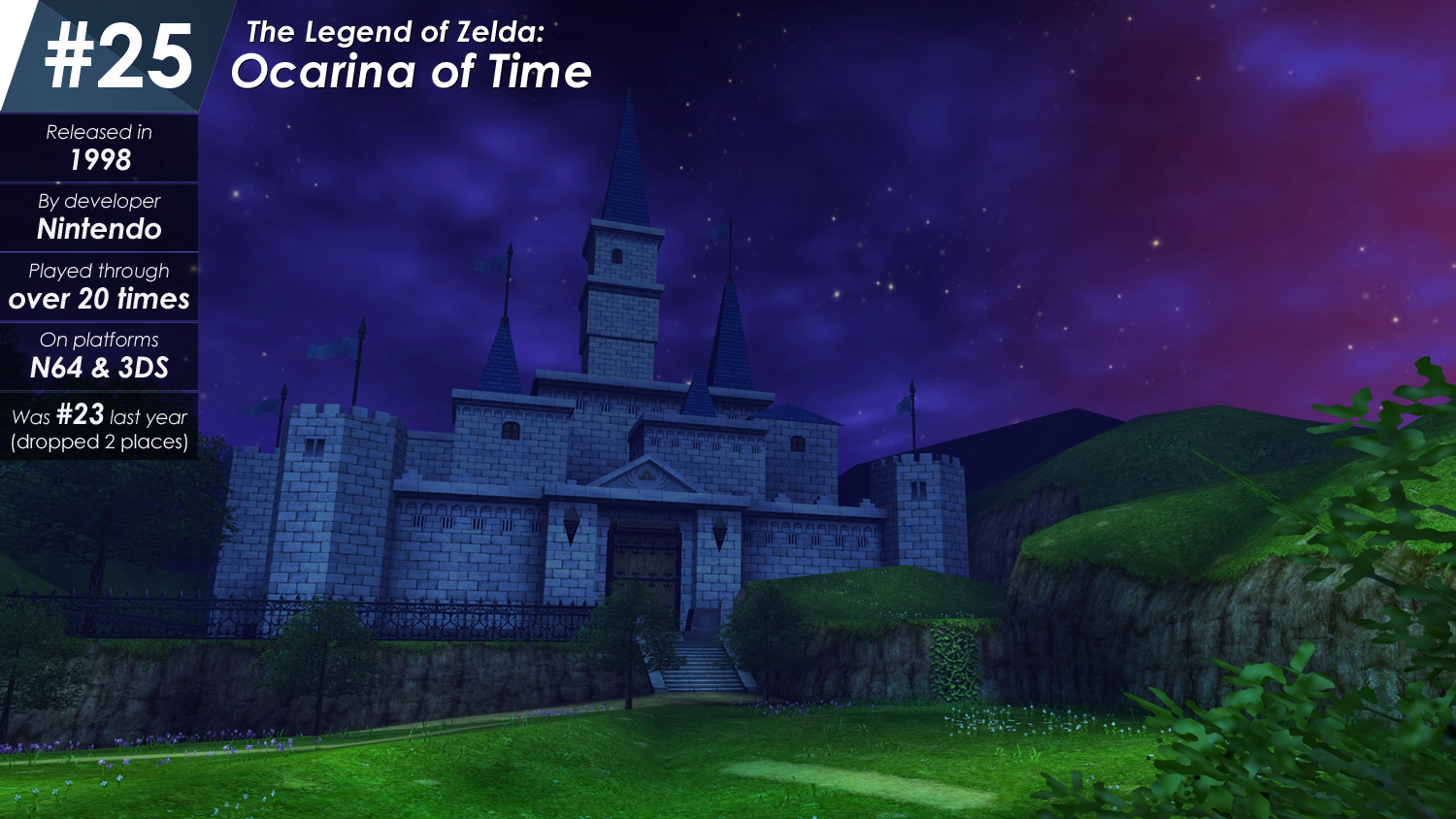 And, well, it had to be. In the last few years, it almost felt like I was forcing myself to rank Ocarina of Time at #23, regardless of whether I wanted it higher or lower, just because it had become a funny aspect of my lists. Well, this year it has finally lost its cozy spot and to S.Peelman's dismay, it has gone down instead of up.

Beyond that, I've said enough about Ocarina of Time. A masterpiece in its time, still a great game today. It has a great soundtrack, and I love some of the temples in the game - Forest and Water temples being among the finest Zelda dungeons in my opinion. Of all the Zelda games, this one feels the most "classic", but in a way that it also almost feels like the most generic.