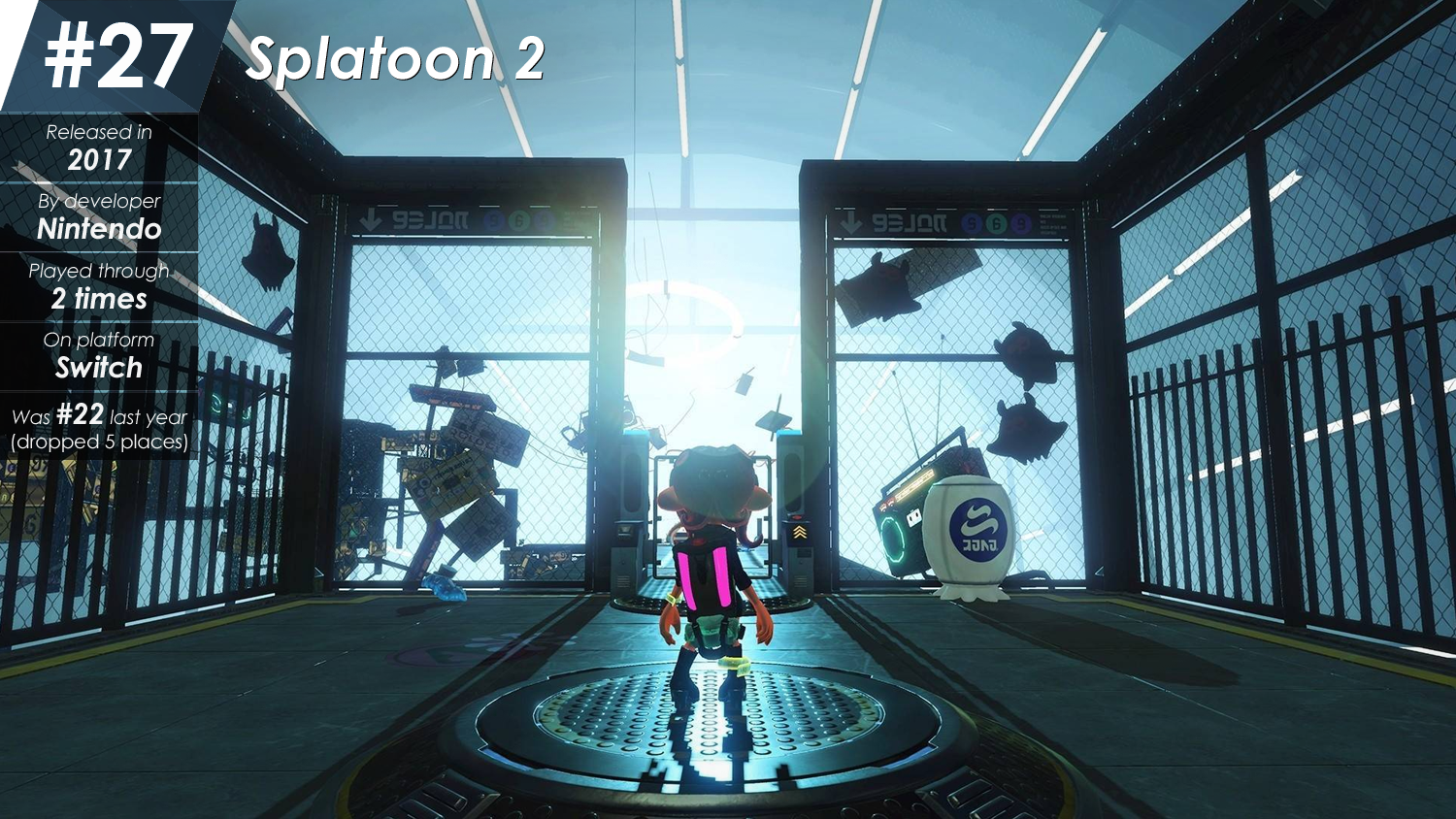 The "let's take this game, make it a bit prettier and fill it up with a lot of new content" kind of sequel. Splatoon 2 changes very little from its predecessor, and it uses that pre-established formula and engine perfectly to create a new experience that's far more complete and fun than what came before. Other than the new stuff, though, this game's merits are very much the same - the memories I've created playing online multiplayer, a fun final boss (well, in the DLC at least), and just generally a lot of fun. Because, yeah, spoilers, Splatoon is fun.

Unfortunately for this fella, I have barely touched other multiplayer games on the Switch since the release of Smash Ultimate. I'm beyond the point of caring about it, but given enough time and effort, I'd be down for a Splatoon 3 that is entirely brand new.