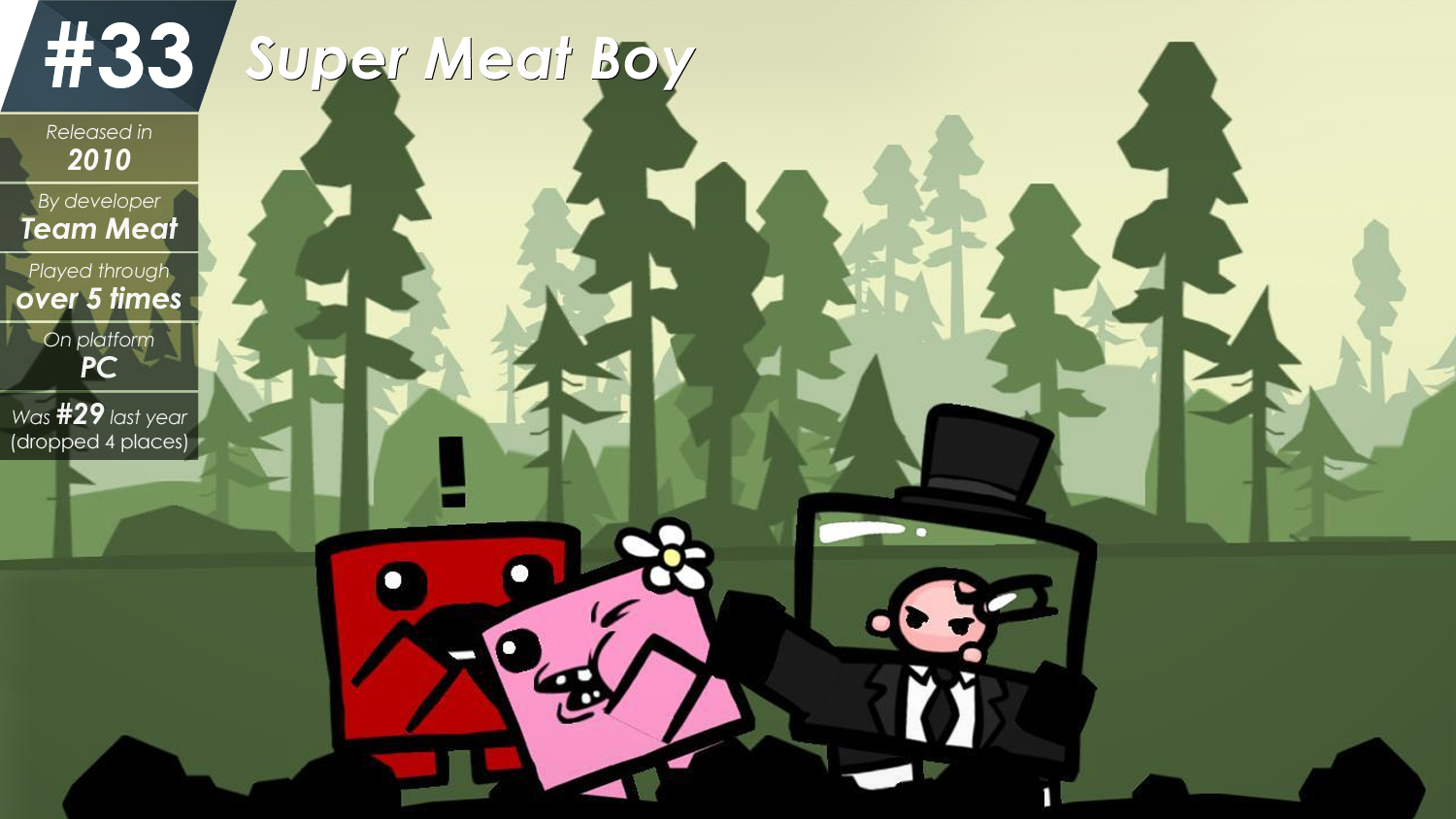 It's been a long time since I last played this one, and I feel like I'm almost beyond the point of caring. Super Meat Boy is a fantastic game, and one of the main reasons for that was its insane soundtrack - however, that ended up being the main reason why I don't feel tempted to come back to it. There was a falling out between Team Meat and Danny Baranowsky (the OST's composer), and as a result the game has lost its original music, resorting to a new soundtrack in every re-release from 2015 or so onwards. I can't speak for the new music's quality, but it is simply not the same thing to play Super Meat Boy without Danny's music. I believe that a videogame soundtrack should belong to the game first and foremost, but given how things have gone on for each of the two parties here, I can't help but feel that Team Meat was the one at fault for the bullshit that happened.

Still, I do have fond memories of this. As a platformer, it's as perfect in its simplicity as it can be, with minimal control options and extreme responsiveness, allowing for that easy to understand, hard as fuck to perform platforming greatness. I've played through the full thing (106%) twice, and there haven't been many other better games in the genre.