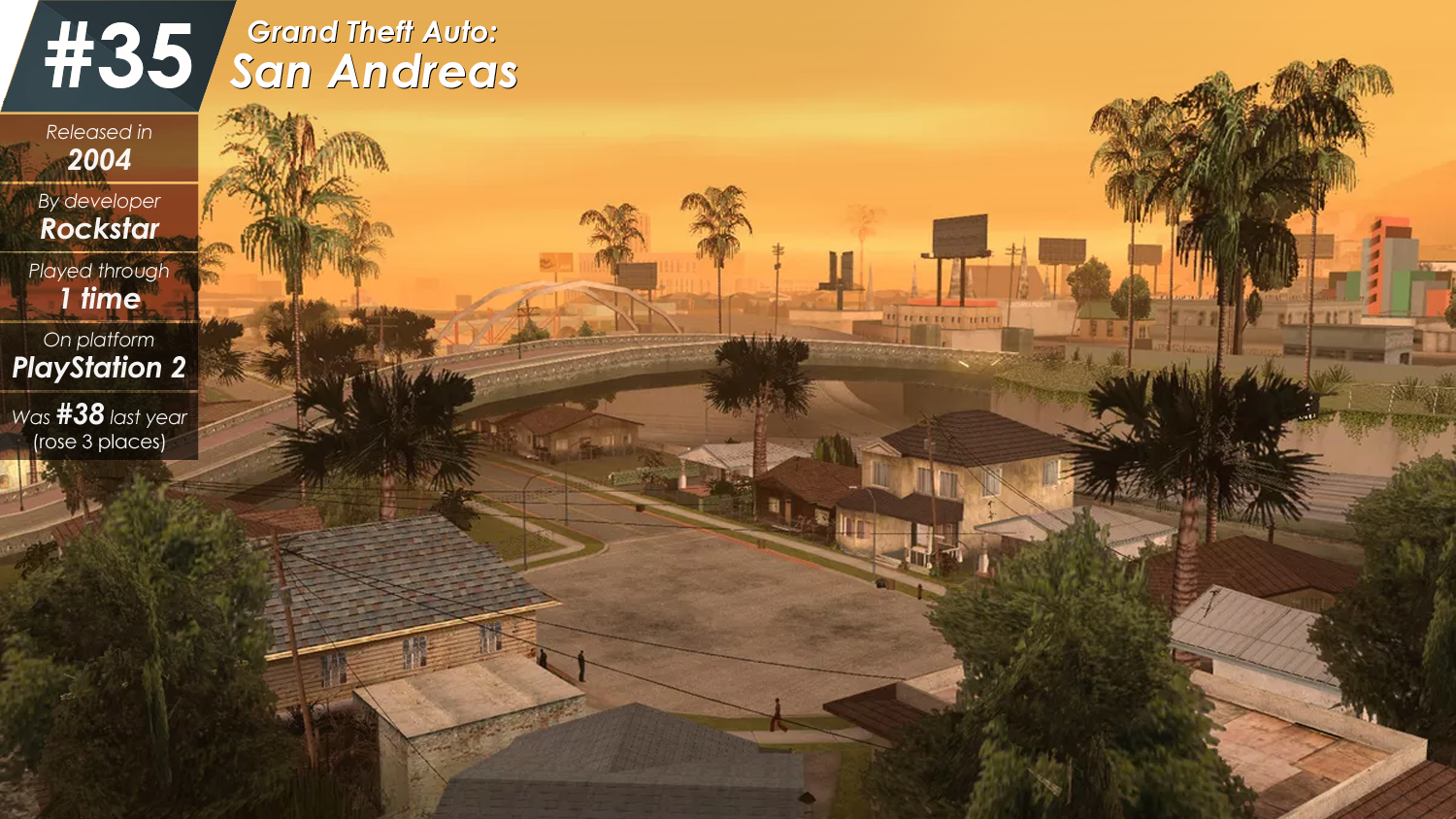 The quintessential 90's kid teenage game. This was just a lot of fun... the big open world with initially blocked off areas that weren't actually blocked off, the wacky physics, the charismatic characters and silly story, everything about it was just plain fun, but it is the sort of game that inevitably loses its magic when you grow up. I say the same thing every year, anyway. Next.