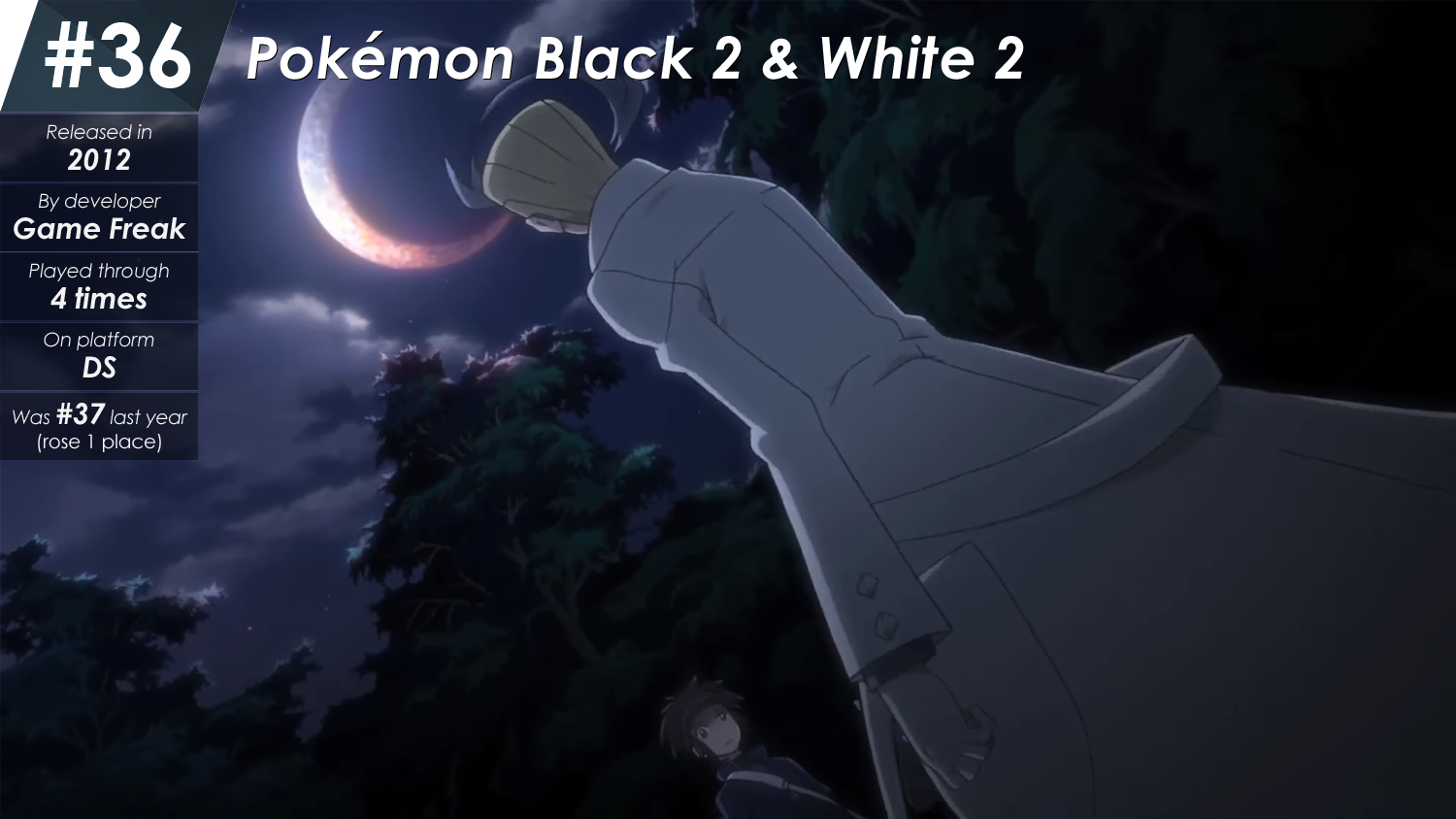 The last great Pokémon game in the opinion of many. Not mine, though, but it's not far off from that. Black 2 & White 2 were, in many ways, a massive improvement over its predecessors, greatly expanding the amount with content with loads of new areas to explore, new post-game features, a new story, and many returning Pokémon, as well as having a less handholdy experience compared to the story-heavy previous games. This is really just a good Pokémon game, complete with everything you'd expect from the series at its best, that being a big fucking load of content.

In spite of that, however, I can't help but appreciate its predecessors more. For as good as the post-game content here is, I'm more of a main game guy myself, and when it comes to main game I have a few issues with Black 2 & White 2 - its pacing is quite inconsistent, and the story isn't very engaging. Truth be told, there's nothing really gripping about this game apart from that cool (pardon me) segment after the 7th gym -, but in spite of its flaws it's still one of the better entries in the series. It's only not quite the very best.