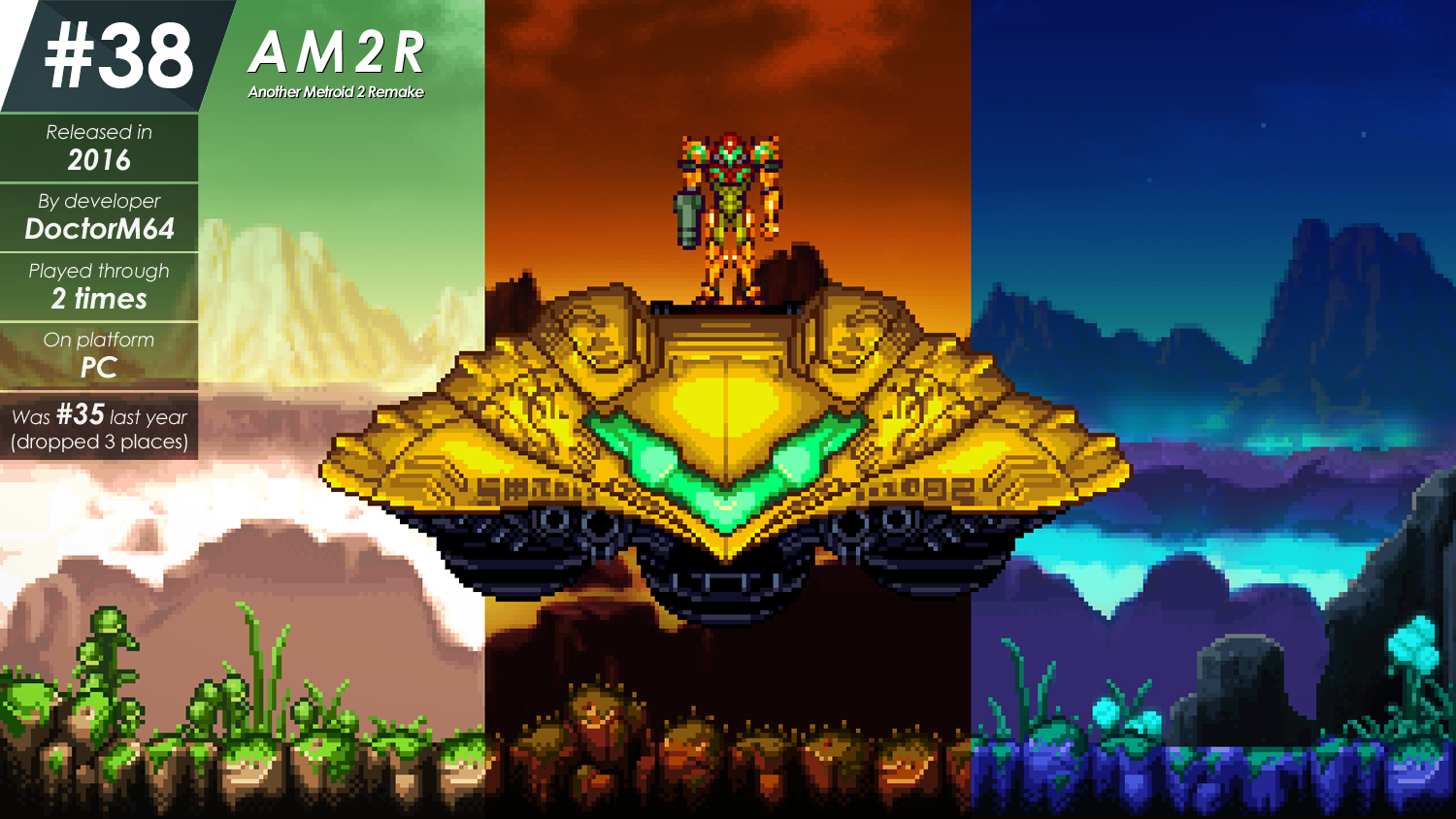 AM2R has moved down the list quite a bit in recent years, and it's been perhaps a harsh move on my part. Ever since the release of Metroid 2's official remake, Samus Returns, I haven't gone back to the fanmade attempt, meaning I haven't played it in quite a while, but whenever I listen to some of its music or think back to some of its memorable moments, I remember AM2R is quite a fantastic game. The fact it was developed largely by just a single person, over the span of 10 years, is ridiculous, to say the least.

What this game is good at, is recreating the original Metroid 2 experience in a faithful way, while also bringing in the improvements and conveniences of newer titles, and also some of its own. It's the best way to experience this chapter of the story, hands down - Samus Returns is a fantastic game, but it changes so much from the original Metroid 2 that it's best thought of as its own thing. Maybe I should replay this one sometime soon.