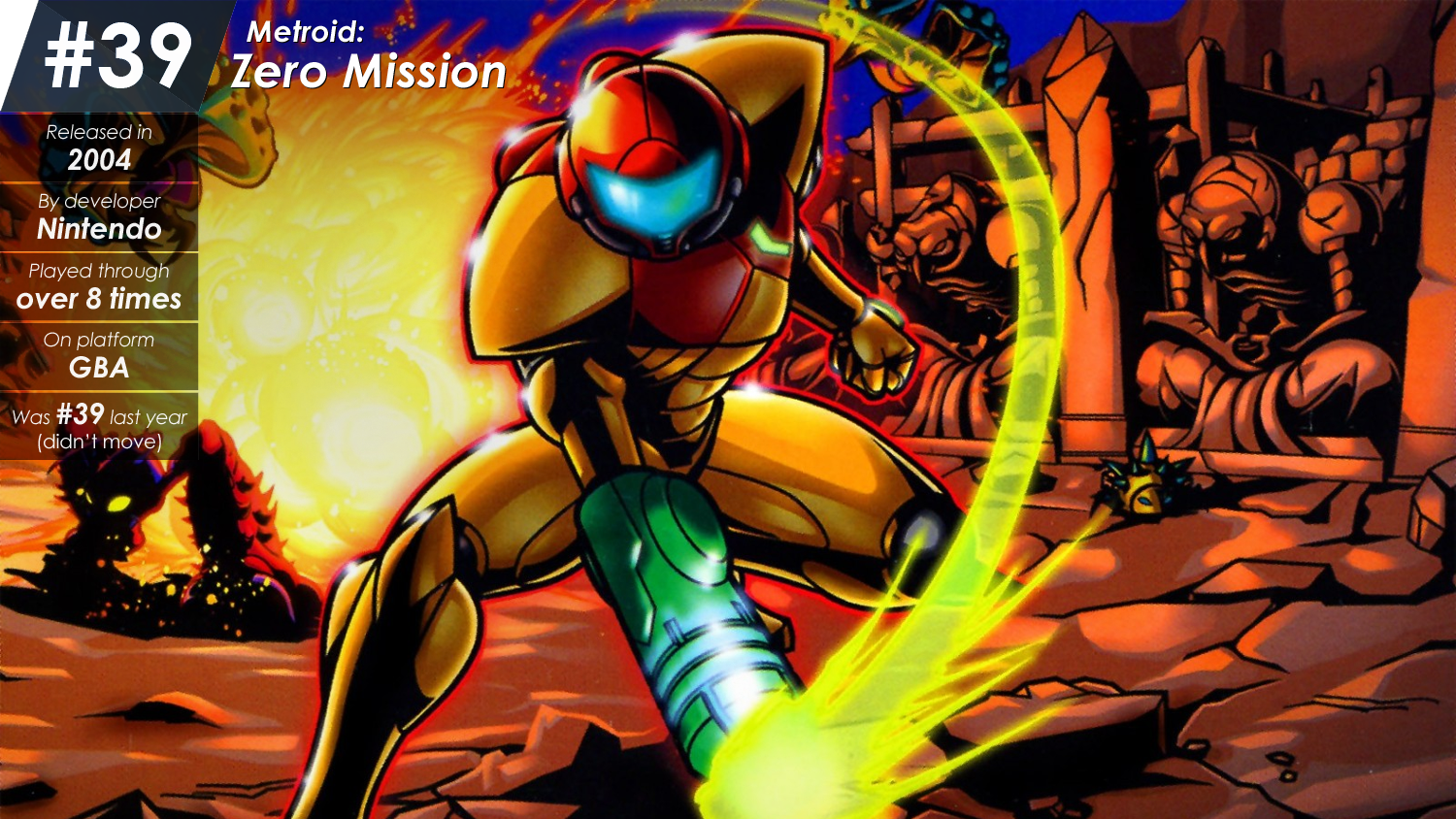 This remake is often regarded as one of the finest entries in the Metroid franchise, and although I wouldn't quite put it all the way up there, it's rated highly for good reason. Zero Mission took the original game and made just about everything way better - the whole world was rebuilt, in a way that's both unrecognizable and also incredibly similar to the original; the music was rearranged and sounds far better, albeit still quite limited by the GBA; the controls are very intuitive, Samus feels good to move around, and there are plenty of new power-ups, bosses, and more.

This game has it all, really, but there's two things about it that annoy me a bit. One of them, obviously, is the ending - they added a whole extra segment after the original game's finale, and why it's by no means bad, it really takes away from the impact of the ending in exchange for some content that, even if good, feels more like fanservice than something that truly belongs there. Apart from that, I feel the game is a bit too streamlined... it's hard to describe it, but the controls feel a bit too simple and straightforward to me, almost like the game is playing itself - a feeling that's only intensified when you try to speedrun the game and end up spending most of your run going through artificial paths created specifically for that purpose.

The best way I can describe it is: Zero Mission, more than any other Metroid game, feels like a game. The immersion and isolation of other games in the series was gone in favor of a streamlined approach that feels quite artificial - and that's not necessarily a bad thing, as the game itself is quite fun to play. Personally, though, I feel this is a franchise that's at its best when it focuses on immersion above everything else.