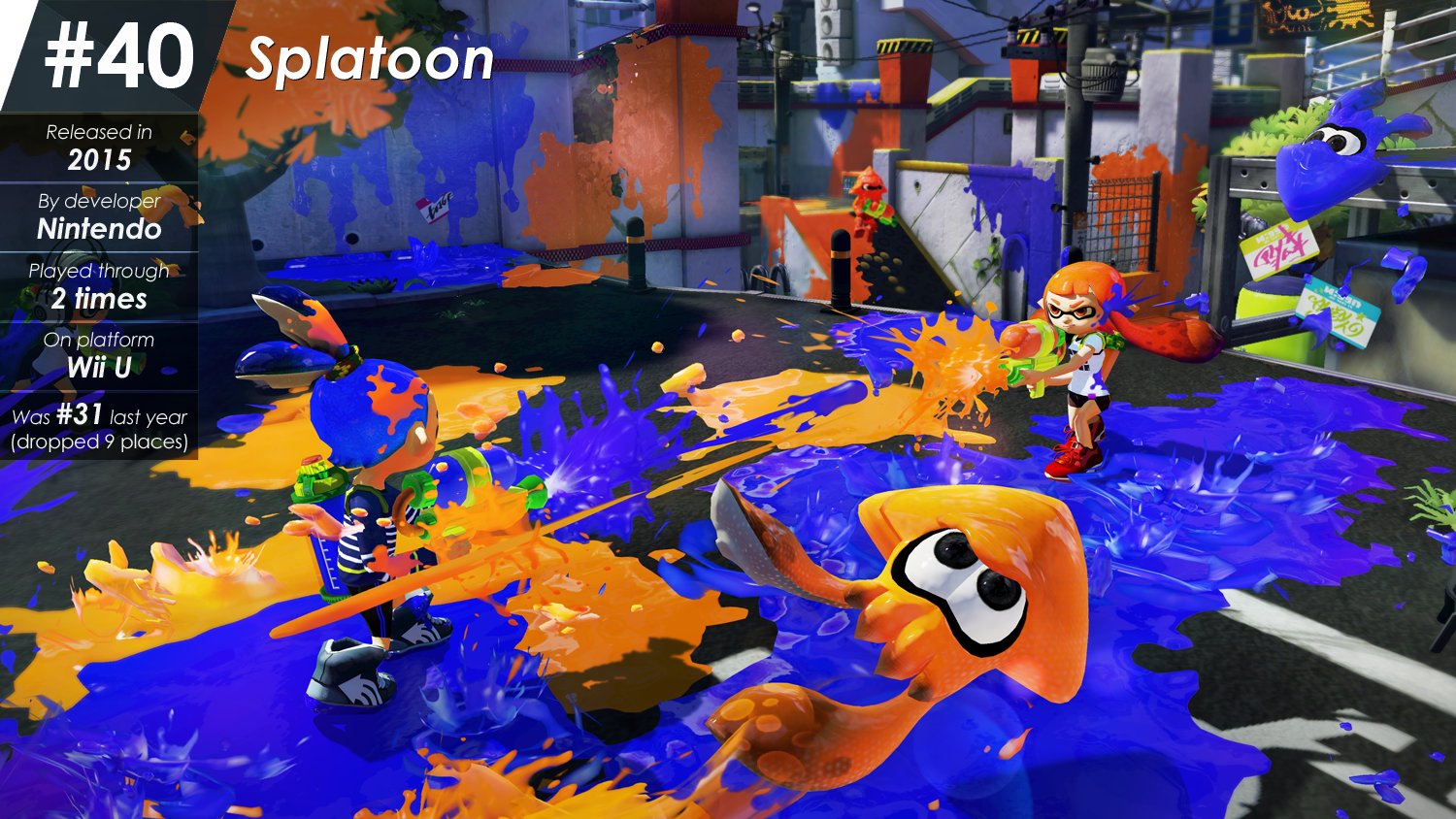 Nintendo's new shooter IP was a resounding success on a failed platform, and has since gone on to greater heights, but the original game remains fresh in the mind - it was immediately apparent here that they were onto something big, as the game oozed charm and creativity everywhere. Nowadays, it's very much been outdone by its sequel in nearly every way, but Splatoon did a fantastic job of establishing the groundwork for a long-running franchise, and if anything, its final boss will remain one of the best battles ever put in a Nintendo game.