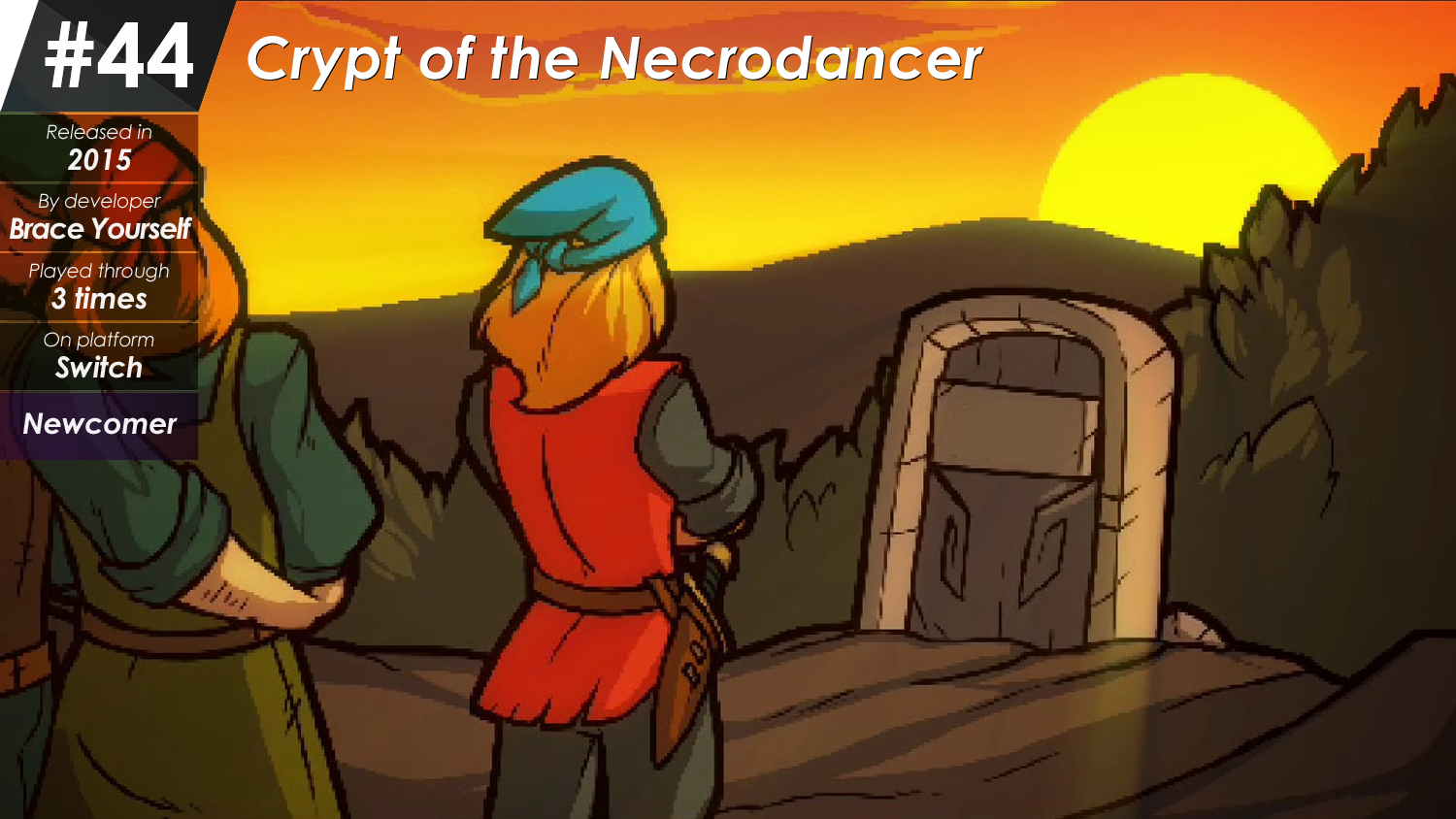 When Cadence of Hyrule came out, Crypt of the Necrodancer went on sale for a ridiculous price on the Switch, and was an instant purchase for me, given it was a game that always intrigued me both as a gamer and an aspiring musician. I didn't exactly regret it.

This is game is big awesome. Did I just say "big awesome"? Yeah, that'll do. The whole idea of a grid-based rogue-like dungeon crawler where everything moves to the beat of the music is quite wildly creative, but there's one thing it'd need more than anything for it to work: a banger of a soundtrack. Of course, with Danny Baranowsky writing, that's never really in doubt, with a fantastic group of songs you'll be "dancing" to in-game, and definitely dancing to in real life. Beyond the music, though Crypt of the Necrodancer is just a great game that knows exactly what it wants to be - it's completely self-aware, and relishes in its wackiness at all times... it's one of those games that's constantly making you go "that's silly and I love it". On top of that, it can also be incredibly challenging, with some cool boss battles and a ridiculously hard 3rd campaign where you can only get hit once before dying, while still feeling mostly like a fair challenge for most of it. I never got around to finishing the DLC campaign, though, because that final boss was -finally- too much bullshit for me to handle. In general though, it's a great game that somehow was more memorable to me than its Zelda-based successor.