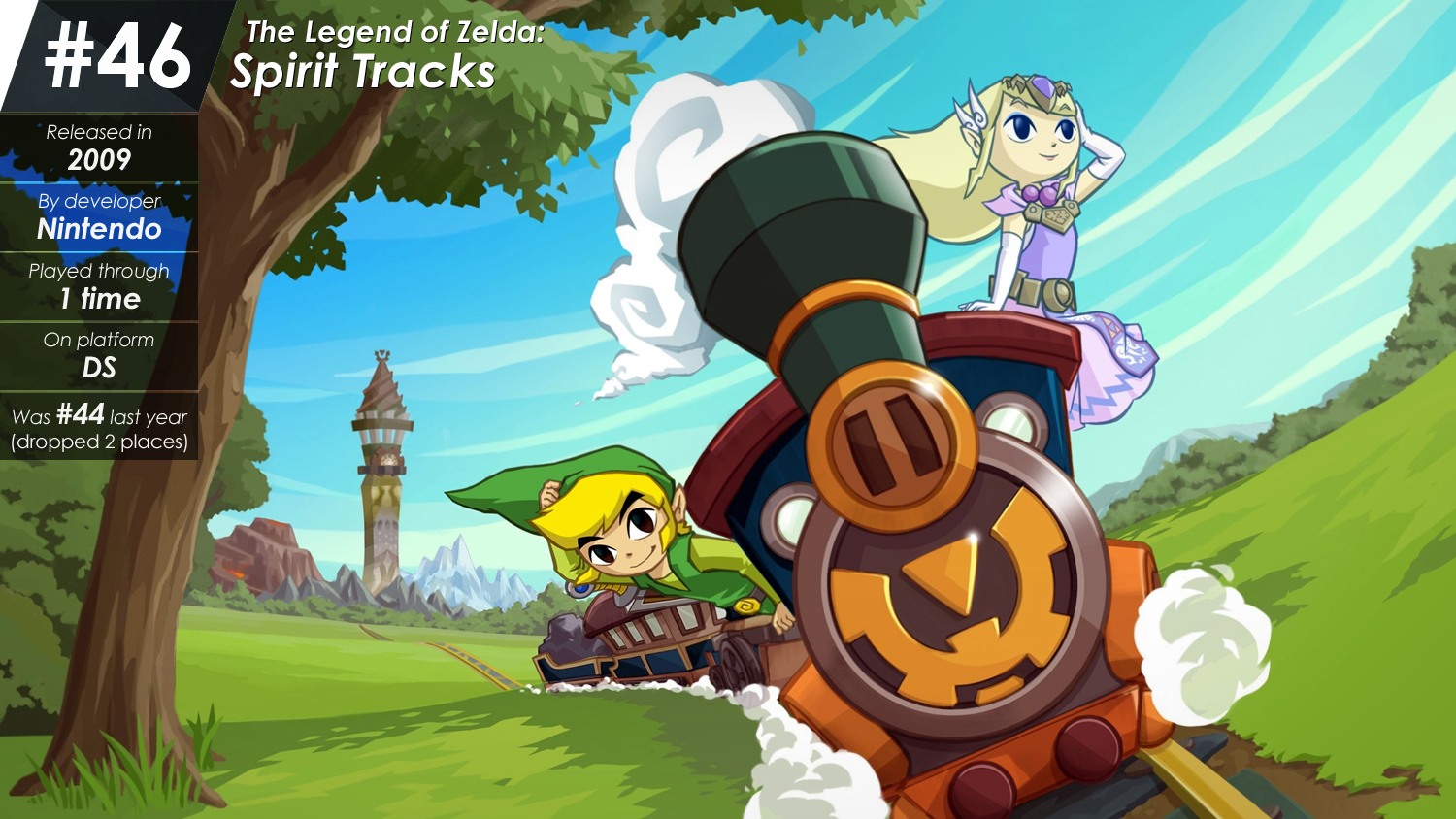 Probably the most underrated Zelda game out there. Spirit Tracks might take the franchise in a very not-Zelda-like direction, with the overworld being literally on-rails and what not, but at what it does this game is a lot of fun. It's got a nice story, great dungeons, great bosses, creative (even if sometimes cumbersome) uses of the DS' features, and great music. Apart from the soundtrack, all of those things could also be said of its predecessor, Phantom Hourglass - but where that game went badly wrong with its repetitive "hub" dungeon, Spirit Tracks nails it by allowing you to explore without a timer and skip segments you've already played through, while still keeping the stealth element intact.

Having not played it since 2013, it's hard to remember much, and that's why this game has consistently gone down the ranks. It's still a game I'd love to replay one day, because I do remember enjoying it a lot - definitely my favorite handheld Zelda.