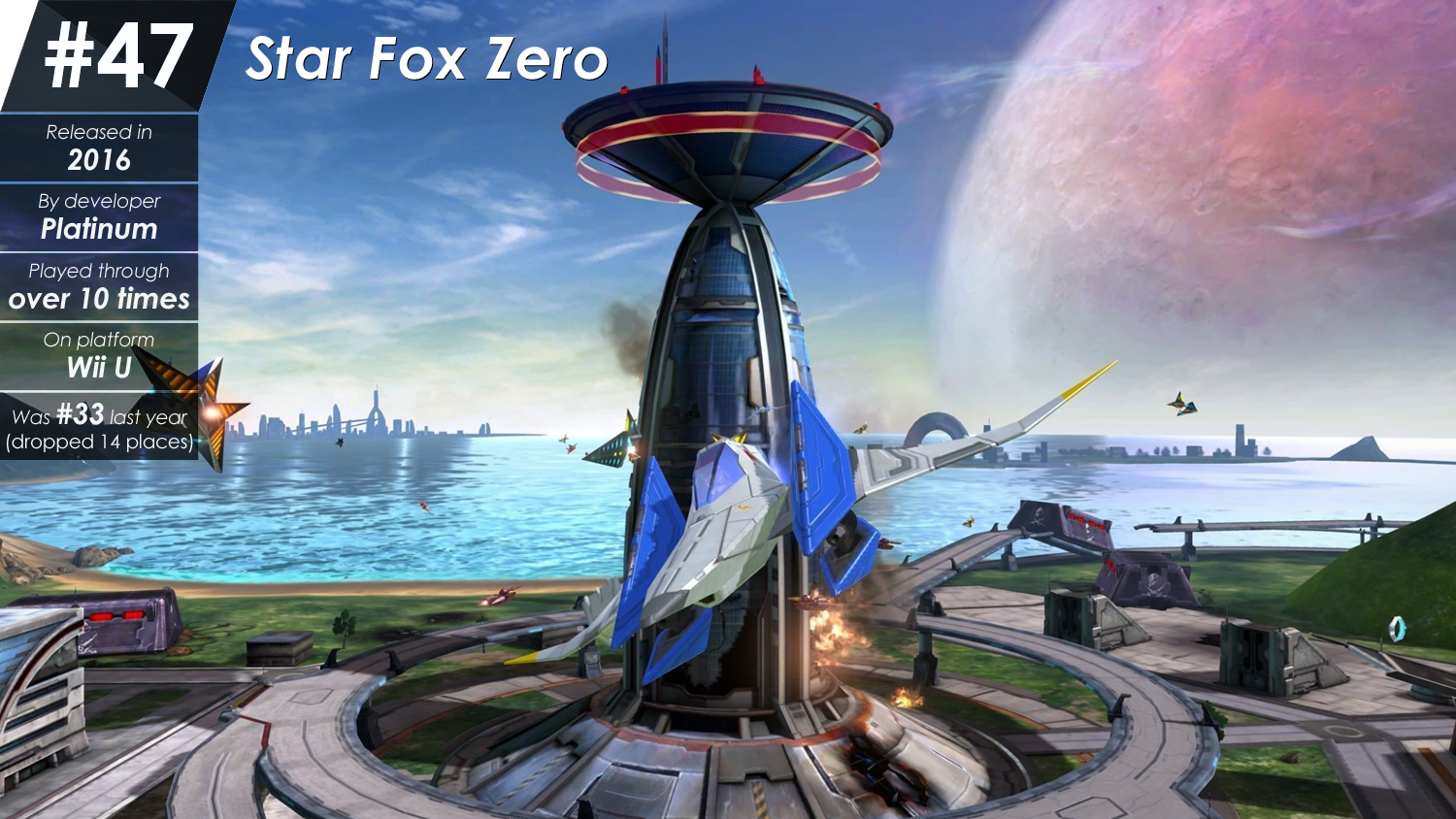 Everytime I list Star Fox Zero among my 50 favorite games of all time, I feel like I'm hurting someone's pride... I love it.

Seriously though, I can't deny that this game has plenty of serious problems - but it also has a couple of really great strengths I feel it gets no credit for. Some of the Arwing stages here are great, the last one especially being one of the best levels in the series. The scoring system is a great improvement over Star Fox 64, with good additions such as bonus points for shooting already downed enemies or keeping your teammates alive - though it is basically pointless since the game features no leaderboards. The soundtrack might not be the most amazing, but it is quite good and has a few memorable songs.

At 14 spots down year-on-year, it's had the joint steepest drop on my list, though. You see, something happened this year: I've finally played a proper Platinum game, and while playing it, I understood just why they wanted to make a Star Fox game so much. There's so much they could do with this franchise, and their style is such a perfect fit for it, I couldn't help but imagine what a Star Fox game developed by Platinum would be like... and of course, that reminds me that there has been one, and it wasn't nearly as good as it could've been because of Miyamoto's influence and insistence on the gimmicky controls as the sole selling point.

Still, I do have fond memories of this game. On a canonical level, I really like the new direction it brought to the series, and the fact that it reboots all the 2000's stuff out of existence - now, all I want is a sequel that's again developed by Platinum, only this time with the freedom they want.