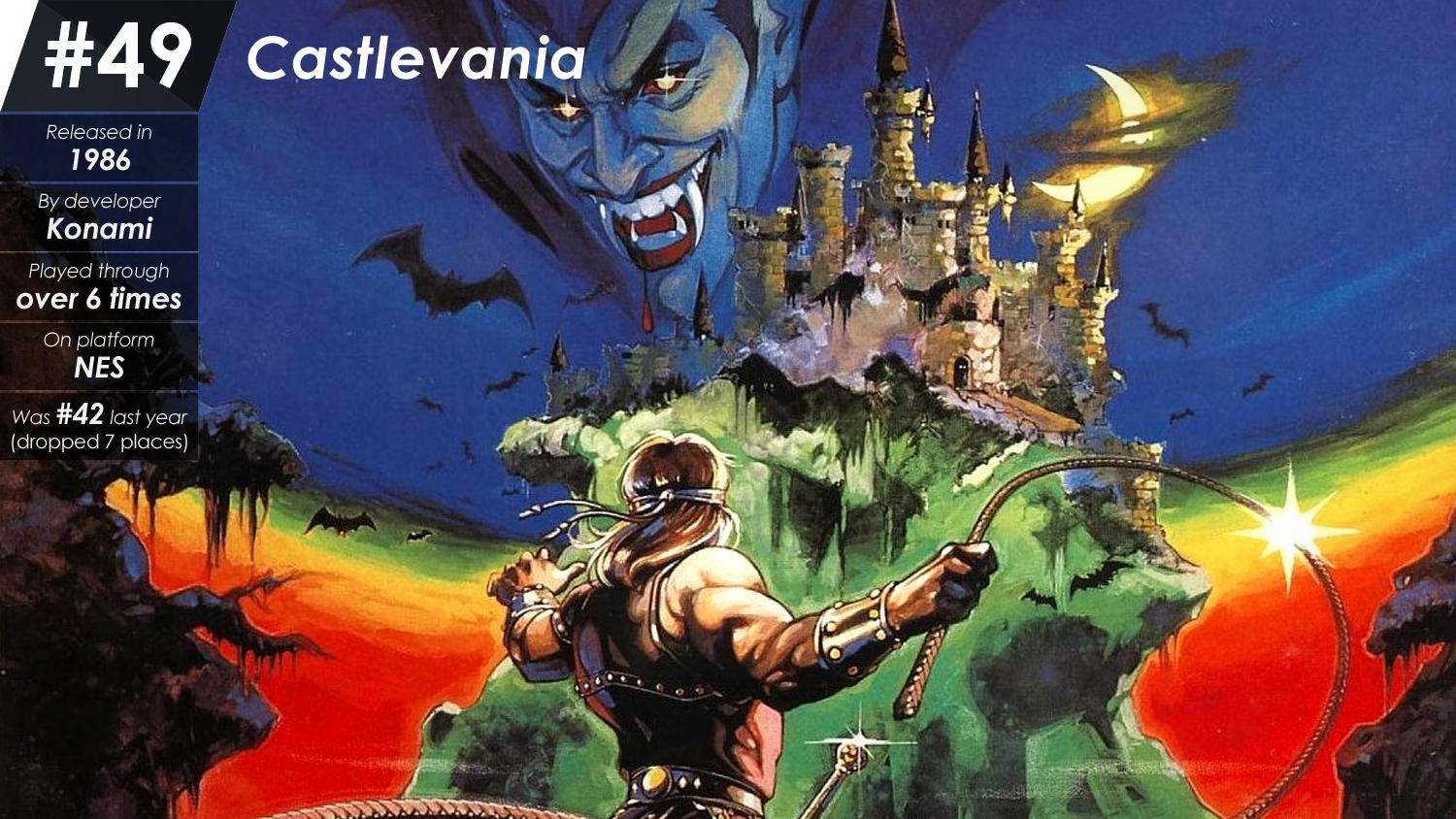 This game is good. I can't speak for what it was like in its time, but I haven't played many 1986 games with as much of an atmosphere as this. Castlevania's biggest strength, though, is in its level design - or rather, its character design. This is a game whose main playable character is severely limited, with clunky controls and slow attacks, and the level design was all carefully made accordingly. It's challenging and has a serious learning curve, but it feels incredibly strategic to play, as you're forced to rethink your approaches and take enemies on at a slower pace instead of trying to blast your way through everything - no moment being better proof of it than Level 5's relentless corridor at the end. The soundtrack is fantastic too, and this is one of those games you just end up replaying over and over.