I'm sure everyone has seen it by now, but I love how well made the trailer was with all the sprite work. Trolling us with all the characters it could have been, that didn't get it.

For those who don't know, it was based on the King of fighters 94 intro.

Someone mentioned the idea that Sakurai may base the trailer off the KOF 94 intro a few days ago, and I thought that sounded like a great idea. But I didn't think about everyone chasing the invite card. That was brilliant.

Anyway, Terry Bogard is a well known character to many people. He's been in over 50 console games, and most recently joined Fighting EX Layer as a guest character in 2019. But some (mainly younger people) had never heard of him until now.
So I wanted to share a story from Sakurai about how KOF inspired him to make Smash Bros.

And obviously this invitational letter that appears in some of the Smash DLC trailers is from KOF. 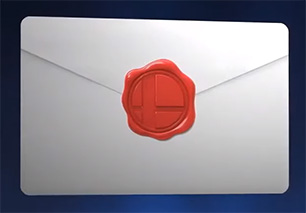 Sakurai probably didn't forget some of these things when he made Smash, so he may very well have taken inspiration from these games.
So seeing Terry in Smash now feels more fitting knowing that Sakurai started thinking of the idea when playing KOF.